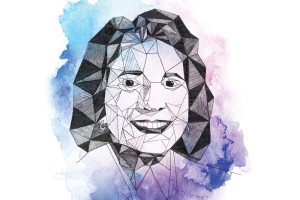 Mayor Madeline Rogero’s popularity is obvious every time she gives a speech. She’s Tennessee’s first female mayor of a large city and when she mentions that fact, well into her second term, folks still applaud. Knoxvillians are proud of her and proud of themselves for putting her there.
If she wasn’t the tax-hungry monster some conservatives predicted, she was ahead of the national curve on implementing the practical aspects of marriage equality within city government, and has supported green initiatives all around town, from curbside recycling and energy-saving improvements, to Knoxville’s suddenly amazing outdoor recreational opportunities. She has a profile well beyond city limits, earning a place in the national dialogue on smart growth and climate preparedness.
Downtown has continued to bloom, as Downtown North has become an attraction of its own, livelier and better-looking each month, and the urban energy seems poised to advance to the east. The Cumberland Avenue traffic-calming, pedestrian-enabling project—a far-fetched ideal when it was proposed during the Haslam administration almost 10 years ago—promised to be a major headache during construction, coinciding with KUB’s massive downtown infrastructure rebuild. This perhaps unprecedented cluster of traffic inconveniences might have seemed intolerable with a less likable mayor. But there haven’t been riots. It’ll all be finished before her term is over, better than ever, in time for her to cut the ribbon.
That is, if she doesn’t find a better job first. It’s been rumored since at least 2008 that the Democrat, who’s been politically active since the ’80s, would one day be part of a Hillary Clinton presidential administration. (Jack Neely)
Popular Picks: Tim Burchett, Pat Summitt 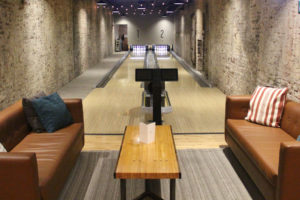 TOP NEW THING IN KNOXVILLE
Maple Hall
Even people who don’t bowl are grateful for Maple Hall, the long-rumored, finally completed basement bowling alley at 414 South Gay St., just because it’s something different than another restaurant and bar downtown… even though it is a restaurant and bar, which is one thing that makes it different from most bowling alleys. Its hip menu, more locovoratious than the usual bowling-alley fare, includes hot chicken and Benton’s bacon. You don’t have to bowl if you don’t want to. But it is still, after all, a bowling alley, with 11 lanes, which stay pretty lively on a Friday evening, plus intimate lounge areas and—with a two-lane VIP section—room for private parties.
Like most New Things downtown, it’s in an old building, one of the big stores built just after the Great Fire of 1897. It was later the basement of J.C. Penney’s, back in the days when J.C. Penney himself made annual visits. And in 1865, when this site didn’t even have any buildings on it, it witnessed the new thing of that year—besides emancipation, that is: East Tennessee’s first baseball game was played down here. (J.N.)
Popular Picks: craft breweries, The Mill & Mine
See Also: Top New Business, in Shopping

TOP NONPROFIT COMMUNITY GROUP
Knox Area Rescue Ministries
KARM may be most recognizable around town for its many thrift stores, but its impact is most felt on center-city streets where the Christian-based organization provides shelter, food, and recovery services to the poor and homeless. With an annual budget of some $6 million—gathered mostly through individual donations—KARM dishes out nearly 1,000 meals a day and shelters about 400 people a night. It’s a mission that started in 1960, and—sadly—seems to be one that keeps expanding. Learn how you can help at: karm.org/get-involved. (Coury Turczyn)
Popular Picks: Legacy Parks, Love Kitchen 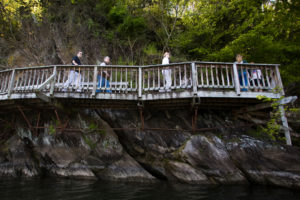 TOP SECRET ABOUT KNOXVILLE
Ijams Nature Center
We’re not so sure how well-kept the Ijams “secret” is, these days. It’s an eclectic outdoors destination that manages to cater equally to the hardcore, high-energy adventurer, the serene gardener, and the family full of kids that love bugs and frogs and whatever they can find in the woods. During the last few years, Ijams has partnered with for-profit businesses so that now you can balance through a tree-top adventure course, rent a stand-up paddle board at Mead’s Quarry, and sip a beer by the quarry lake afterward. But its naturalists still lead family hikes and educational programs and it offers nature and arts festivals like the Meadow Lark extravaganza of Americana music. Summer camps provide kids some of the area’s best youth opportunities for bouldering and canoing while learning about the plants and animals of East Tennessee. Among some of Ijams’ lesser-known adventures are family camping nights, climbing clinics and mushroom ID classes. But it’s perhaps best known for its popular hiking and biking trails. Our readers didn’t specify which was their favorite, but arguably the most interesting for those on two feet is the Keyhole trail at the old Ross Marble Quarry, which takes you over and under blocks of stone, fuzzy with moss and furrowed with the marks of dynamite sticks. (S. Heather Duncan)
Popular Picks: Fort Dickerson Quarry Park, Happy Holler
See Also: Top Free Stuff to Do and Top Walking Trail, in Recreation & Fun