TOP ACTOR
David Keith
From An Officer and a Gentlemen to striding the sidelines at University of Tennessee home football games—it’s been quite a ride for this local boy made good. (M.E.)
Popular Picks: David Brian Alley, Dale Dickey 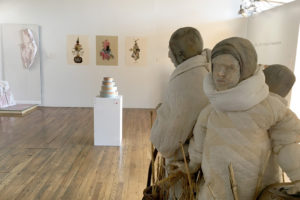 TOP ARTIST
Cynthia Markert
Markert’s distinctive visions of flapper fantasia have been visible around downtown for decades, but they’ve lost none of their enchantment over the years; her expressionistic icons retain the same sense of mystery and glamour today, no matter how many times you’ve encountered them. (M.E.)
Popular Picks: Richard Jolley, Colby McLemore

TOP DANCE COMPANY
Circle Modern Dance
For more than 25 years, Circle Modern Dance has been both a benchmark of excellence—the company’s core performers bring professional training and excellence—and an outreach for movement as art; the company believes that everyone is a dancer, and part of its mission is to allow anyone who wants to dance a space to do it in. The company’s annual Modern Dance Primitive Light show in December is a reliably moving and stirring experience. (M.E.)
Popular Picks: Angela Floyd Dance Company, Tennessee Children’s Dance Ensemble

TOP FIRST FRIDAY VENUE
The Emporium Center
With five galleries spread over two stories, the Emporium is an all-in-one First Friday extravaganza all on its own—in any given month, you might find exhibits by regional art groups, like the Tennessee Artists Association or Arrowmont’s artists in residence, alongside local amateur and professional painters, sculptors, jewelry designers, fabric artists, furniture makers, potters, and more. It’s enough to fill your entire First Friday excursion, if you choose. (M.E.)
Popular Picks: The Central Collective, Striped Light 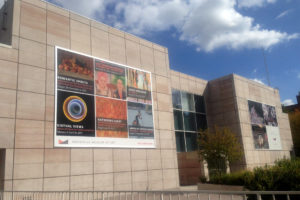 TOP MUSEUM
Knoxville Museum of Art
Over the last several years, KMA has successfully redefined itself. Rather than compete with bigger, older, and wealthier regional museums in Charlotte and Atlanta, KMA has turned its focus to East Tennessee art, crafting the growing and impressive permanent exhibit Higher Ground: A Century of the Visual Arts in East Tennessee and spotlighting work by local artists in the Contemporary Focus series. It’s given the museum a new future and clarified its vision. If we’re not going to promote and protect the city’s art, after all, who will? (M.E.)
Popular Picks: McClung Museum of Natural History and Culture, Museum of East Tennessee History

TOP POET
R.B. Morris
Some people might have identified R.B. Morris as Knoxville’s poet laureate, at least unofficially, long before he was named to that position by Mayor Madeline Rogero in June. The official endorsement came as no surprise, and yet it still felt like a long-overdue acknowledgment of Morris’ talent—as a poet, a songwriter, a playwright, and a  performer—and as an advocate for Knoxville and its distinguished literary legacy. No one has done more than Morris to encourage the city to remember James Agee, in particular, and few artists in the city’s 225-year history have been as committed to Knoxville as a source for inspiration. (M.E.)
Popular Picks: Black Atticus, Marilyn Kallet