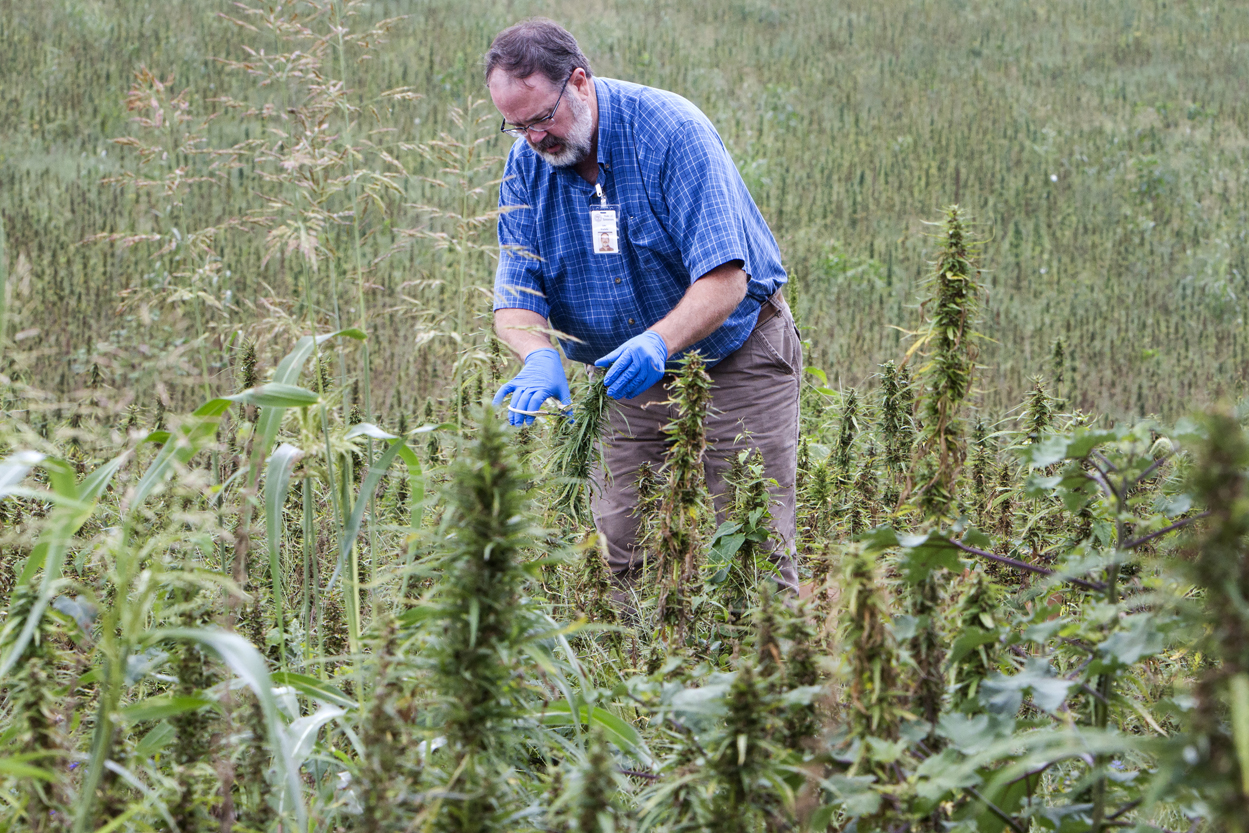 To be legal, hemp in Tennessee must contain less than .3 percent tetrahydrocannabinol, or THC, the psychoactive ingredient in cannabis that makes people feel high. Folks approved to grow the plant agreed to random inspections and testing. Here, TDA plant inspector John Rochelle takes a randomized sample of 36 clippings from a field growing in Cocke County on Sept. 10, 2015. He estimates about five to 10 percent of plants in the field had died off prematurely, though he isn’t sure why.

“This is the only CRS1 (type of hemp) field I inspect, so I have nothing to compare it to,” he says. 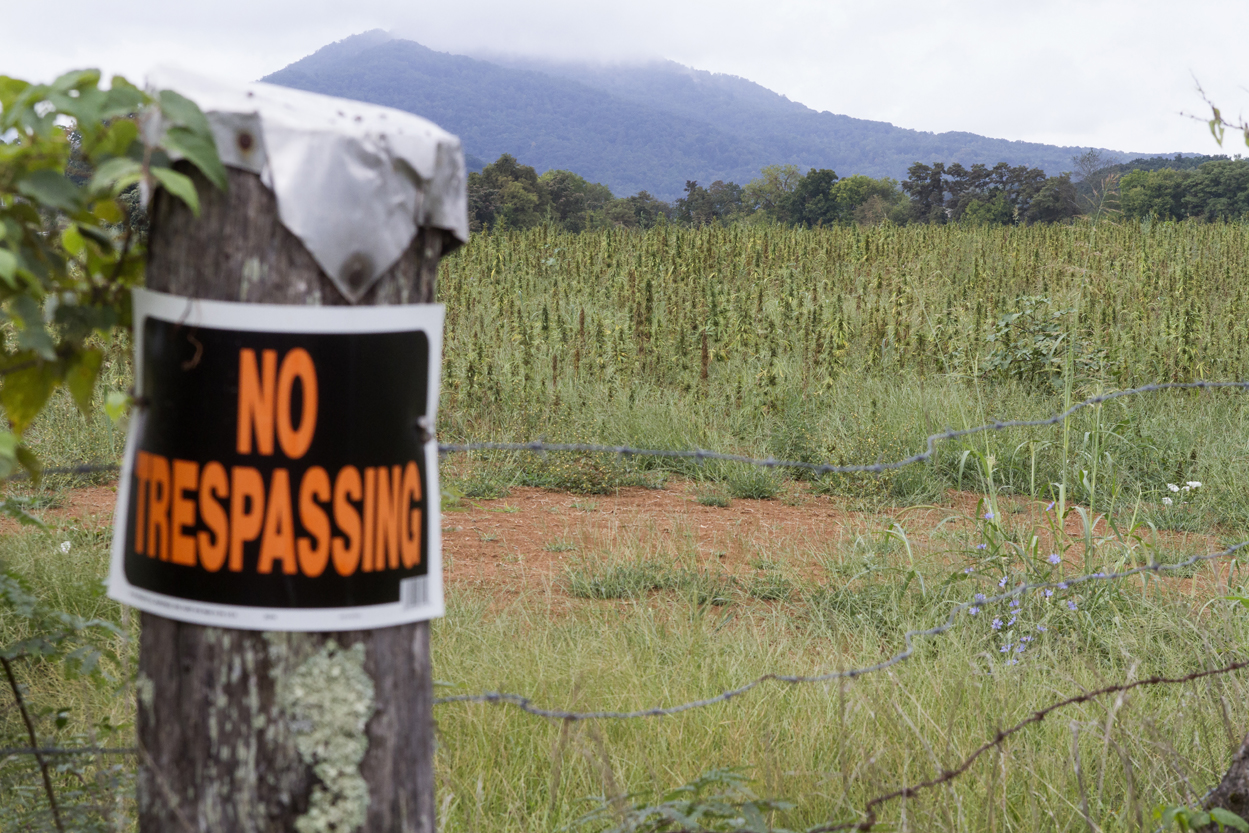 The Tennessee Department of Agriculture imported 38,190 pounds of hemp seed in 2015, all of which came from certified growers in Canada aside from a small shipment brought in from Australia at the request of the Tennessee Hemp Industries Association, according to TDA spokeswoman Corinne Gould. Forty-seven people were approved to grow a total of 1,595 acres of hemp around the state this year, including 12 in East Tennessee, although some did not plant as much as planned due to delays getting seeds. One shipment of seeds that arrived in Memphis was sent back to Canada after FedEx officials discovered the package contained hemp seed, which the company considered a narcotic, Gould says. That increased the price for three varieties of hemp seed—CFX1, CFX2, and CRS1—to about $4.40 per pound. Two others were offered at about half that price, Finola for $2.67 and Canda at $2.33 per pound. 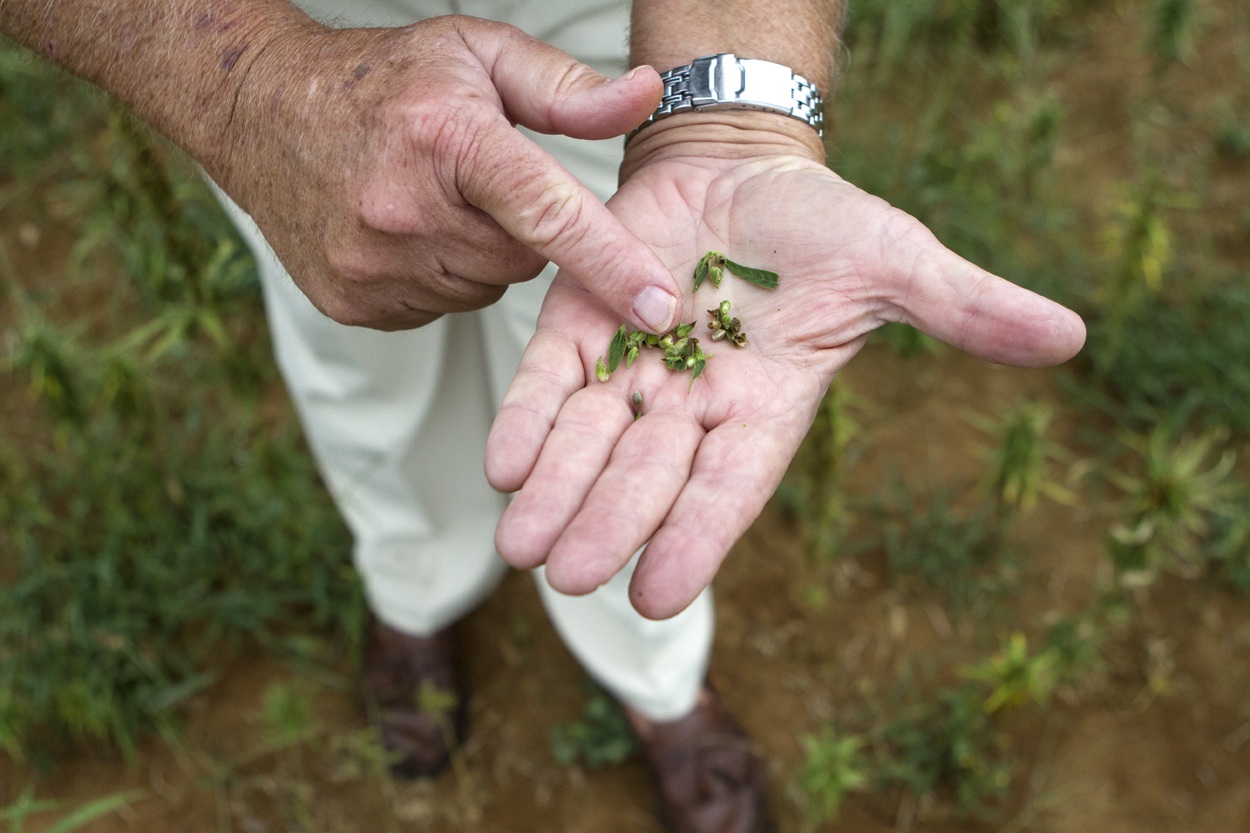 Seed can be pressed into hemp oil, which some folks say has medicinal properties that helps stop things like seizures and cancer growth. Hemp seed can also be a food source. But barring approval from the Federal Drug Administration, Tennessee hemp farmers will not be able to market their oil for human consumption. Advocates in Australia estimate that there’s a $1 billion global market for hemp food products, according to Newcastle Herald reports. 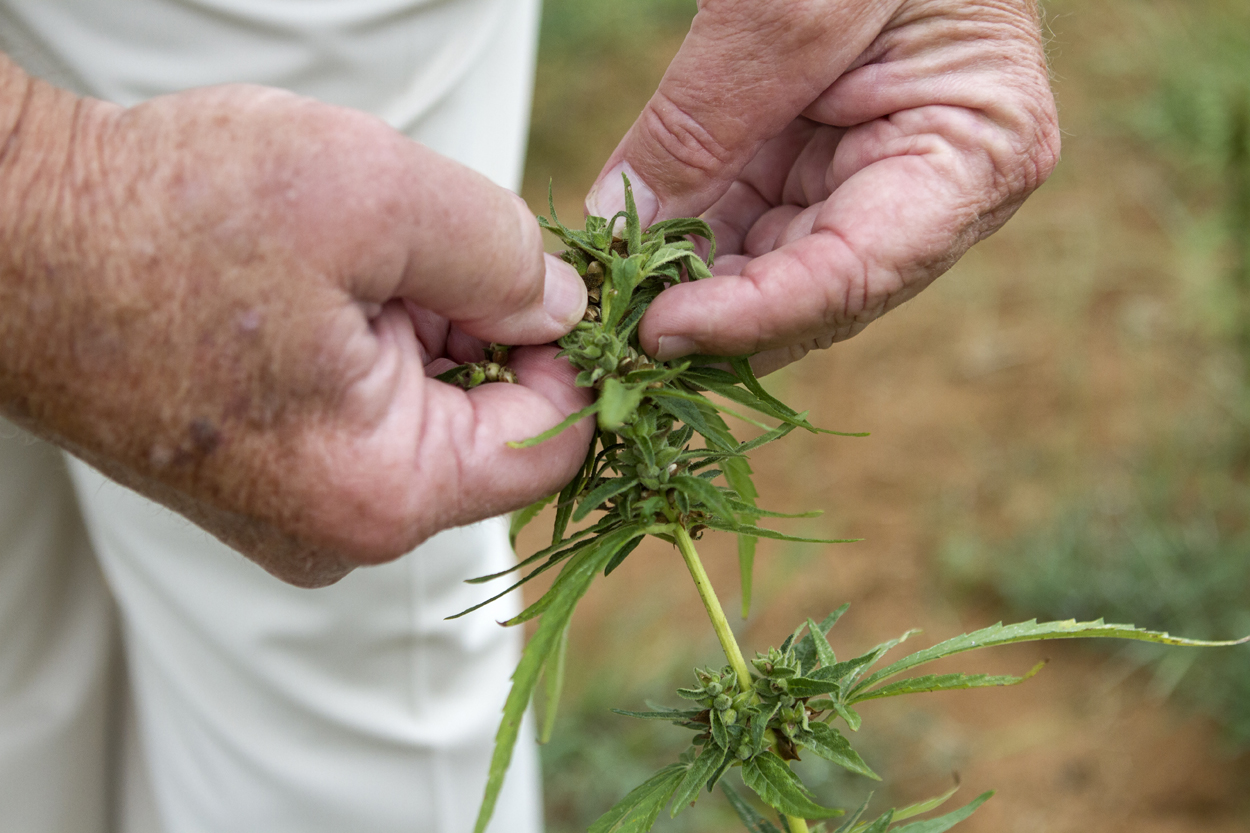 Hemp can be used to make more than 25,000 products, according to the the North American Industrial Hemp Council, but issues with its closely related and far more psychedelic cousin, marijuana, means state and federal officials are keeping close tabs. While other countries around the world have continued using it over the years, farming, processing, and manufacturing knowledge has stagnated in the U.S. since it was made illegal in the mid 20th century.

Its fibers are rising in popularity for use in construction materials such as hempcrete (similar to concrete), insulation, and auto parts. German car companies have more than tripled their use of natural fibers, including hemp, to about 15,500 tons since 1999, according to ABC News reports. Those fibers, mostly used to make plastics, are often lighter and sometimes stronger than synthetic and metal-based components. In recent years French automaker PSA has stepped up its use of hemp as a replacement for fiberglass in some components, such as mirror and windshield wiper mountings, according to a company announcement. It recounts that the use of hemp and other natural fibers isn’t exactly new in the auto world:

“It was actually done in the U.S.A. by Henry Ford while hemp was legal in 1941,” a spokesman notes. “The experimental model’s body was seventy percent made of fibers from field straw, cotton fibers, hemp, and flax. The other 30 percent consisted of soy meal and bio-resin fillers. Ford’s successful prototype was tagged as the vegetable or hemp car.”