Learn more about the Knoxville Mercury

The Knoxville Mercury was an independent, locally owned weekly news magazine committed to informing and connecting Knoxville’s many different communities. It was a taxable, not-for-profit company governed by the Knoxville History Project, a non-profit 501(c)(3) organization devoted to exploring, disseminating, and celebrating Knoxville’s unique cultural heritage.

The Knoxville Mercury published its final print edition on July 27, 2017. Here is the announcement of its closure, plus the “Mercury Meltdown FAQ.”

Here are the people who contributed their money to start up the Knoxville Mercury.

Here are all the stories from our introductory issue detailing our effort to start the Knoxville Mercury.

Here’s a list of stuff we won at the Golden Press Card Awards presented by the East Tennessee Society of Professional Journalists, for work published in 2015 and in 2016. We are proud of our wins for investigative reporting, feature writing, and design—especially since we choose to compete with East Tennessee’s large daily papers.

Our mission was to report stories that wouldn’t otherwise be told, educating readers to have a better understanding of Knoxville’s critical issues, vital personalities, and unique cultural heritage.

Our news stories aimed to provide depth, background, and historical context to the area’s crucial public debates, empowering readers with the knowledge they need to make informed decisions. And by celebrating the people, businesses, and institutions that contribute to its quality of life, we wanted to help define what makes Knoxville a vibrant and lively city unlike any other.

Likewise, we tried to identify the problems that may be holding back the city’s progress, and illuminate paths toward a better future. But to see where our city may be heading also requires an understanding of where it’s been. The Knoxville Mercury’s in-depth reporting included the historical and cultural context required to create and sustain a 21st century city rooted in its noteworthy past.

Editor Coury Turczyn  (coury@knoxmercury.com) guided Metro Pulse through two eras, first as managing editor (and later executive editor) from 1992-2000, then as editor-in-chief during E.W. Scripps’ ownership from 2007-2014. During his years at Metro Pulse, the paper won 17 awards from the Association of Alternative News Media. He has also worked as a Web editor at CNET Networks, G4 Media, and Scripps Networks Interactive.

Senior Editor Matthew Everett (matthew@knoxmercury.com) edited the most-read section in Metro Pulse: arts & entertainment. Under his management, the comprehensive calendar section became the Knoxville’s go-to guide for everything worth doing in the area. Meanwhile, the paper’s cultural coverage was unmatched by other Knoxville media, featuring truly knowledgeable writers covering music, film, art, books, and theater with a sense of discernment.

Contributing Editor Jack Neely (jack@knoxhistoryproject.org) officially served as associate editor at Metro Pulse for much of its existence, but as author of the weekly column Secret History he has become one of Knoxville’s most popular writers and its unofficial historian. Beyond his column, he is well known for his thoughtful, well-researched, and provocative pieces of long-form journalism, not to mention his books, speeches, and other public appearances. Plus, he’s the director of the Knoxville History Project, the governing body behind the Knoxville Mercury.

Staff Writer S. Heather Duncan (heather@knoxmercury.com) has won numerous awards for her feature writing and coverage of the environment, government, education, business and local history during her 15-year reporting career. Originally from Western North Carolina, Heather has worked for Radio Free Europe, the Institute for War and Peace Reporting in London, and several daily newspapers. Heather spent almost a dozen years at The Telegraph in Macon, Ga., where she spent most of her time covering the environment or writing project-investigations that provoked changes such as new laws related to day care and the protection of environmentally-sensitive lands. 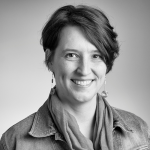 Art Director Tricia Bateman (tricia@knoxmercury.com) is a veteran art director with experience ranging from agency work to books and multiple magazines. As art director for HOW, the magazine for graphic design professionals, she was named to Folio magazine’s “Folio: 40,” its annual list of the most influential people in the magazine industry, in 2007. 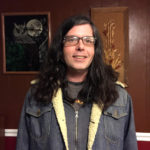 Graphic Designer Charlie Finch served as an ad designer at Metro Pulse before resuming his duties at the Mercury. He’s responsible for turning rough sketches into polished ads. He’s also an inveterate record store employee with a large collection of LPs. Email: charlie.finch@knoxmercury.com 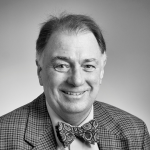 Publisher and Sales Director (charlie@knoxmercury.com) was one of the leading publishers at Whittle Communications, a Knoxville-based media company with a wide range of national clients. As president of the medical publishing division, he oversaw one of Whittle’s most successful endeavors, both financially and editorially: the Grand Rounds Press. 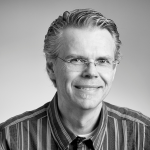 Senior Sales Executive Scott Hamstead (scott@knoxmercury.com) is a former Metro Pulse sales rep who became a media buyer, then owned his own construction company, and later was the project manager for a local non-profit housing development. In the last few years, he returned to media sales with a U.K.-based online wind energy trade publication, WFIV, and the Farragut Press. 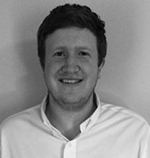 Sales Executive Michael Tremoulis (michael@knoxmercury.com) previously worked at Home Tour of N.C., a real estate publication. Before that, he was a social media assistant at Ripley PR in Maryville, an assistant account executive at Paper Systems in Knoxville, and an advertising intern at Moxley Carmichael. He graduated from the University of Tennessee in 2015 with a degree in public relations—so he’s a relative youngster! “I know I’m relatively young, but I have lived in the Knoxville area my entire life, and I know I can bring fresh ideas to the table that would help students and younger professionals in the city pickup and read the paper.”

Business Manager Scott Dickey (scott.dickey@knoxmercury.com) is a Certified Public Account with a Masters of Science in Accounting from Rhodes College. He spent six years as a tax accountant with Clayton Homes and three years as an assistant manager at Sweetwater Turf, where he participated in all aspects of sod cultivation, from planting to harvesting. Plus, he was an Eagle Scout. Email: scott.dickey@knoxmercury.com