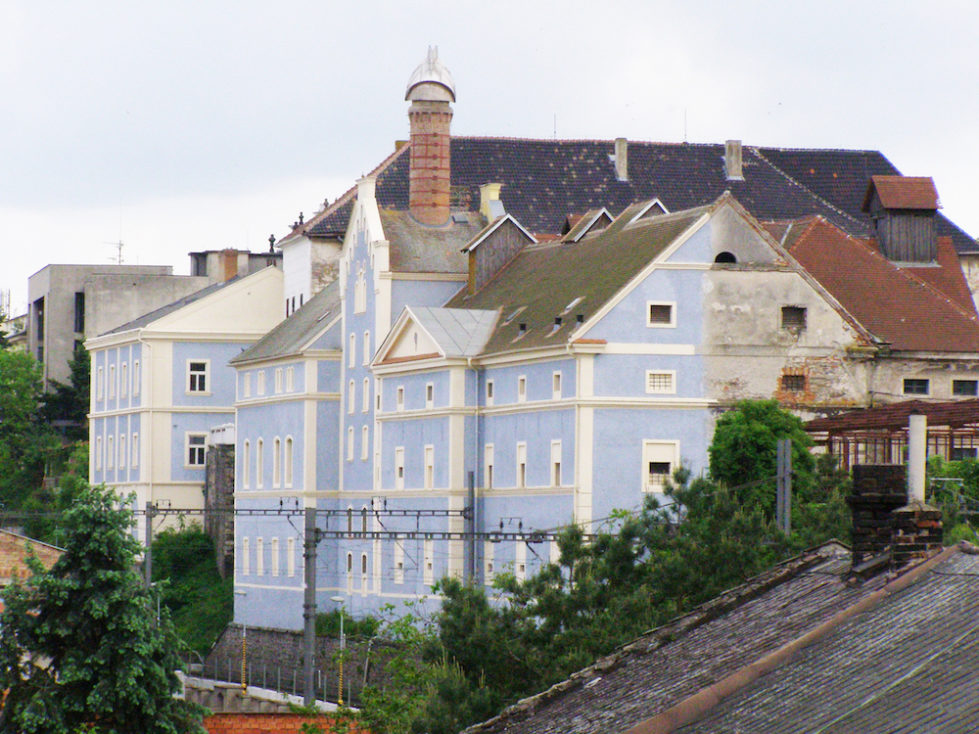 The final article in the triptych exploring cities Great and Livable is published. Barring a Deus ex Machina, it is the last installment in the Mercury’s Architecture Matters column. It’s been a challenge and a privilege to offer 30 op-ed pieces for public consumption over the past three years. Critical commentary about the human-made environment is the sort of public service every city needs, but few have.

As information sources continue to multiply, offering free and easy access, content will continue to be undervalued and over-sampled. More often than not, information will be mistaken for knowledge, and opinion will be conflated with raw news. Never has a civilization had greater access to fewer sources of locally produced analysis and independent voices.

Among the ingredients essential to any city that wants to be “great,” or highly “livable,” is a local, independent newspaper. Seventy-five days after the E. W. Scripps Company (that owned the News Sentinel that owned Metro Pulse) and Journal Communications merged into The Journal Media Group, the new company unceremoniously closed the Metro Pulse (Oct. 15, 2014). Five months later, MP’s former editors reorganized and published the first edition of The Knoxville Mercury; it ran from March 2015 to July 2017. Today, cities several times the size of Knoxville are struggling to maintain two competing papers. Philadelphia, many times Knoxville’s population, has been a de facto single-paper town since 2012 as both the Inquirer and the Daily News are published under a single editorial staff, on the same website. It’s a bit like the Knoxville News Sentinel and USA Today, but only a bit.

The motivation for closing MP remains unclear; it was in the black financially, but not by much. Its major columnists (and owners) notwithstanding, MP focused on issues and cover stories that readers generally perceived as left-of-center. The Sentinel tends to chart a more conservative course, if not by what it publishes, then by what if fails to, and the candidates it sometimes endorses, or fails to. Yet, were it judged solely on the comments of its most apoplectic readers (many of whom could profit from a personal Pez dispenser-full of Thorazine), one would think the Sentinel just to the left of the International Socialist Review. The Sentinel’s publisher claimed it shuttered MP because it competed with the KNS, which was self-defeating. This is specious from a purely financial perspective. The timing of this epiphany is particularly suspect, happening so soon after the July 2014 merger, and apparently never having been red-flagged during the previous seven years.

As a non-native Knoxvillian, I may be the only person in the 865 area code unaware that the KNS is, itself, the product of a merger. In 1926, the Knoxville News merged with the Knoxville Sentinel; the former, owned by Robert P. Scripps, was founded in 1921. The News, never truly local, was part of the Scripps-McRae League, the first modern newspaper chain. In 1922 the chain was renamed Scripps-Howard Newspapers. It has been continuously headquartered in Cincinnati, Ohio since its founding (1878). The Knoxville Sentinel was local, until it merged with the News and became part of Scripps-Howard Newspapers. From a certain perspective, the KNS hasn’t been “locally owned and operated” since Calvin Coolidge was president; it just seemed that way until its recent reaquisition.

With the purchase of the Journal Media Group (formerly E. W. Scripps) in 2016, Gannett, which already owned The Tennessean (1979), added Memphis’s The Commercial Appeal and the KNS to its growing stable of major Tennessee papers. Before the 2016 acquisition they had already acquired several small media outlets in the state, including The Dickson Herald (1995), the Daily News Journal of Murfreesboro (2004), and Tennessee’s oldest continuously published paper, Clarksville’s The Leaf-Chronicle (1995).

For those who know Gannett only by its flagship paper, USA Today, that hangs gratis each morning from hotel guest rooms across the country, all of this may seem inexplicable. Yet, from its inception, the Gannett business model has been to the newspaper industry what Woolworth’s was to the retail business. Rather than competing directly with the likes of the Hearst Corporation, McClatchy (which owned the Philadelphia Inquirer for a bit), Knight Ridder, and the Tribune Company (Now TRONC Inc.), it focused instead on acquiring a large stable of small-market, relatively low-cost regional newspapers, radio and television stations.

The homepage of Gannett’s website barks in large font: “Local is National.” This sort of groupthink leads to the inextricable homogenizing of difference—an indifference to locale. For example, an article on The Tennessean’s website with regional implications typically appears simultaneously on knoxnews.com, the commercialappeal.com and occasionally on usatoday.com. The sites are not only similar; they are graphically identical: antiseptic and corporate. If “Local is National,” then “War is Peace,” “Freedom is Slavery,” and “Ignorance is Strength.” Where is George Orwell when you need him? It is one thing to ask what makes a city “great” or “livable.” This, however, is one of many ways a great city can be unmade and still others are made a little less livable.

A city that thinks itself distinct demonstrates its singularity, in part, by providing news that is national, from a point of view that is local. When “local is national,” which is more the rule than the exception of late, and events near to us are represented from a national station point, how distant is the day when most of what we read in USA Today or the KNS will not only be produced digitally, but also written by demographically sensitive algorithms? More disturbing still, how will we know when it begins, or if it already has? The only way to assure the security of a free press is to maintain, in perpetuity, a vital local press. Absent the latter, we risk losing the former and cities great and livable run the risk of becoming Potemkin Villages.

Featured Photo: The former castle brewery in Kolín, The Czeck Republic. The public façade is reconstructed and painted. The entirety is uninhabited while the rear remains in a state of ruin—so-called Potemkin village. The Potemkin village story originates (perhaps apocryphal) from stories of a fake portable village built solely to impress Empress Catherine II by her former lover Grigory Potemkin. In 1787, during her train journey to Crimea, she would view the temporary stage settings from a distance as her train passed, giving a sense of prosperity to the land. Photo Credit: CC BY-SA 3.0