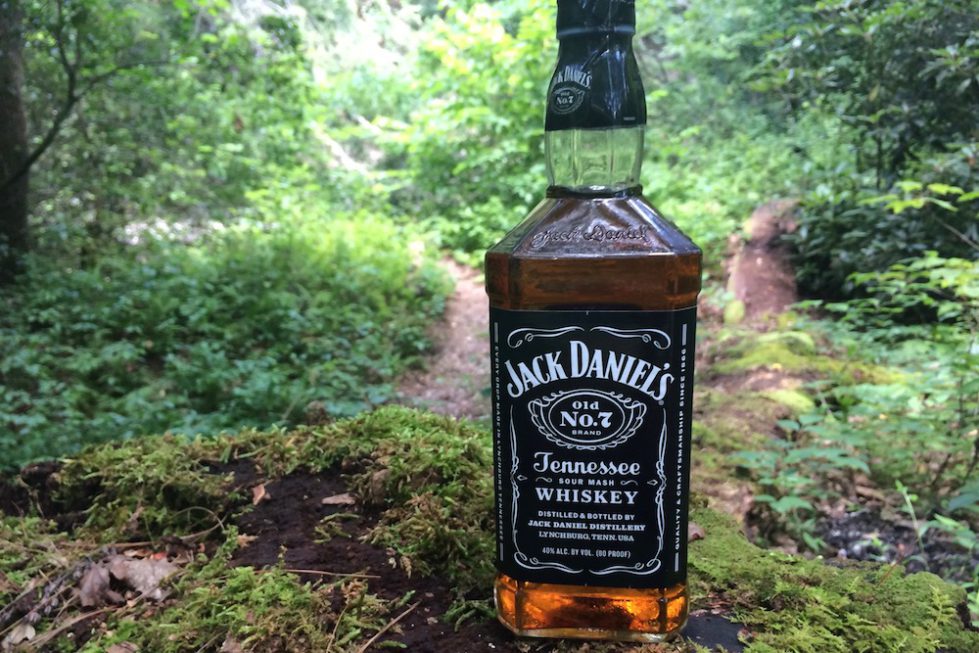 If you are a Volunteers fan or University of Tennessee alum, there’s a good chance your orange blood has commingled with Old No. 7. Coincidentally, the UT Department of Forestry, Wildlife and Fisheries has distilled a more formal relationship with Jack Daniel’s Tennessee Whiskey over the last 20 years. UT forestry technicians led by Dr. Scott Schlarbaum have developed and overseen genetic seed orchards of multiple tree species on property owned by Jack Daniel’s near its home town of Lynchburg in Middle Tennessee. And those efforts are finally bearing seeds now, literally.

The idea for the trees was sown when sustainability-minded managers at Jack Daniel’s determined it needed to ensure a steady local supply of the maple charcoal it uses to mellow its whiskey during production. That maple is key to the flavor of the international export, which has some of the broadest brand recognition of any American product. White oak is also used in production of the barrels in which the whiskey is mellowed.

“Their business plan is: We’re in it for perpetuity,” Schlarbaum says. “They don’t wait until they have problems. They anticipate problems.”

Jack Daniel’s, which operates under Brown-Forman—a 125-year-old Louisville, Ky.-based corporation that also produces major international whiskey, Scotch and other liquor labels—first approached UT about a partnership to ensure a source of sustainable maple in 1998. Charred maple wood is largely responsible for all that sets Old No. 7 apart from its bourbon kin.

“Our whiskey-making process is similar to bourbon, with the additional step of charcoal mellowing,” says Melvin Keebler, the assistant general manager of Jack Daniel’s distillery. “It’s an important step in the sensory aspect of Jack Daniel’s Tennessee Whiskey.”

Basically, the whiskey is mellowed when passed through barrels filled with maple charcoal. It’s called the “extra blessing.” Last year, the distillery marked its 150th anniversary by revising the official history of its whiskey recipe and including a previously unmentioned figure: Nathan “Nearest” Green. Green was a slave who taught Daniel how to make whiskey; after the Civil War, he worked for Daniel as a freeman at the new company. In May of this year, Jack Daniel’s officially recognized Green as its first master distiller.

To keep that extra blessing intact for future generations, the company turned to scientists at UT.

“Jack Daniel’s approached us, concerned about the maple supply [to its] one little sawmill,” Schlarbaum says.

There was no immediate threat to the local maple supply, but the perpetual combustion of rick after rick to fuel the mellowing process must have stuck in someone’s mind and prompted thoughts of supply and longevity. A Brown-Forman spokeswoman says the exact amount of wood consumed each year at the distillery is confidential for business reasons, but suffice it to say, it’s a lot.

“They’re whiskey people,” Schlarbaum says. “They didn’t know what to do.”

Schlarbaum met with representatives of Jack Daniel’s and listened to their concerns, and then upped the ante. At the time, the state had no seed orchards of sugar maple, nor was there a white oak seed orchard specifically designed for the Middle Tennessee region. He suggested the best way to ensure sustainability over time was to develop a sugar maple seed orchard in the area. Once the orchard was producing, the locally adapted, genetically improved seed would be taken to the state nursery and the resulting seedlings would be available for purchase by Tennessee landowners wishing to enrich their sugar-maple populations.

“The reality of this situation is that the distillery has offered and committed its resources for nearly 20 years to help reforestation/restoration efforts in Central Tennessee forests,” Schlarbaum says via email. “The state had no orchards for this region, and the distillery provided land and funds for (UT) to develop the orchards and study them and the seedlings generated from the orchards when they started to produce. This is in line with what UT Tree Improvement Program does and has done at other locations for the past 58 years.”

Schlarbaum says the distillery makes no money from the project. Quite the opposite.

“They have to maintain the orchards and also provide me with a little funding to cover travel expenses and supplies. That’s a good example of corporate responsibility, I think,” Schlarbaum says. “They use a resource and had the foresight and will to want to help return that resource to the forest before use is a problem. I wish other corporations would step up to the plate, like Jack Daniel’s.”

As Schlarbaum oversaw establishment of the sugar maple seed orchard about 5 miles north of Lynchburg, he convinced the company to establish a white oak orchard. Then came orchards of black walnut, chestnut oak, and butternut, a federal species of concern and a species on Tennessee’s Threatened and Endangered Species list. Establishment of orchards of additional species is being considered, Schlarbaum says in an email.

“They knew nothing about seed orchards, genetics, nothing,” Schlarbaum says. “They took a real leap of faith and I appreciate that.”

That faith bore fruit this year: Some of the initial 700 sugar maples planted 20 years ago produced seed. This initial sign of reproductive maturation is the first footstep to larger and larger seed crops, Schlarbaum says. Eventually, the orchard will produce in enough quantity to be grown at the East Tennessee State Nursery.

Meanwhile, the contemporary white oak orchard matured earlier than the sugar maples and last year produced enough acorns to be taken to the state nursery for both general reforestation and research purposes, Schlarbaum says. Some of the seedlings from the orchards will be used in further experiments on how to better establish oaks in the forest by planting.

“Oaks are a mystery,” Schlarbaum says. “Although they are common throughout the Tennessee landscape, we don’t know much about reproduction, maturation, acorns, or the best conditions for planted seedlings to successfully grow in forest situations.”

Every white oak barrel that cradles the second blessing is recycled. Some are used in Scotch and Irish and Canadian whiskey production. Others are sold as planters and used in furniture and flooring. “We get creative with them,” Keebler says. They are even used to age Tabasco sauce.

“Use a resource, return a resource. That was the whole thing behind us,” Schlarbaum says about the university’s relationship with Jack Daniel’s.

Other universities offer wood-procurement research, but no other universities operate seed orchards in cooperation with Old No. 7. In a way, UT has laid claim to at least 30 acres of Jack Daniel’s property to advance both forestry science—and perhaps the state’s favorite whiskey.