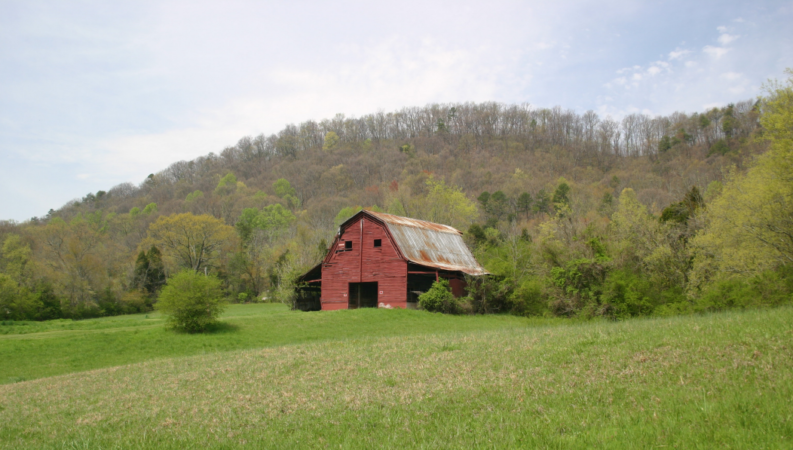 There’s a place in Knox County for rolling green hills speckled with barns and goats. Despite the prevailing allure of restaurants and multiplexes, many would like to keep it intact.

The general intent is to create a zone for “true agricultural uses” that would give farmers an extra assurance that their land would be used the same way in the future, says MPC senior planner Michael Brusseau. Subsequent property owners could still request a zoning change, so the designation would offer less assurance than a tool like a conservation easement. But if someone who buys or inherits the land wants to develop it differently, the zoning would require an extra level of scrutiny before approval.

Large swaths of rural Knox County are already zoned for agriculture. “But the fact that agricultural zoning allows for 1-acre-lot subdivisions doesn’t do much to preserve land for agricultural use,” Brusseau observes. “Down the road we may look at a rural residential zone” option rather than including large-lot subdivisions under agriculture, he says. Infrastructure like water lines and new or expanded roads may be built to support those housing developments – which can also expand the capacity for further development nearby.

MCP director Gerald Green says the idea for the rural preservation zone emerged from community feedback during the development of the East Knox Community Plan. “We heard a lot of families say we need to preserve the rural landscape in East Knox County,” he says. “Some of it was the Midway Business park, but it’s somewhat just recognizing that growth and a lot of other development pressures are coming to East Knox.”

The Midway Business Park, slated for 345 acres on Midway Road near Interstate 40, had been proposed by the Development Corporation of Knox County and opposed by residents multiple times before County Commission rezoned the area for the project in 2015.

A lawsuit to overturn the move, filed by a residents’ group called the 8th District Preservation Association, is set to go to trial Tuesday. Residents argue that Knox County’s decision to amend the area’s sector plan allowing the rezoning was arbitrary and should be overturned – basically the same legal approach that was successful in blocking the business park almost a decade ago.

“Their position has been all along that they have real concerns about the impact this particular development will have upon the rural nature of their community and the pastoral setting that drew many of them to move out there,” says their attorney, Jason Long.

He adds that allowing the rezoning of one piece of property for a substantially different use, like commercial or industrial, makes it that much easier to expand those uses. “We can see it in this lawsuit,” he says. “Part of the argument for changing this zoning is there is a commercially-zoned piece of property next to it,” where the owner had built billboards. “Their argument is that because this use is consistent with commercial, it’s compatible to go forward.” With each development serving as a justification for the next, the idyllic farm setting can quickly disappear, he says.

Green say his staff is seeking feedback from family farmers in East Knox, like the owners of Cruze Dairy, on what they’d like from a rural preservation zone.

Frances Cruze Vineyard still lives next door to her family’s farm, now run by her sister Colleen Cruze Bhatti. Vineyard attended the community planning meetings and sees the appeal of the idea. But as a realtor who sells homes in East Knox, she also appreciates the perspective of families who want to live in the country but can’t afford lots of acreage.

Vineyard’s father, Earl Cruze, founded the dairy now renowned for its buttermilk and ice cream. “Dad grew up on a family farm in Asbury that is now a business park,” she says. That’s what led him to acquire a conservation easement for the family’s roughly 600 acres, where Jersey cows graze near the French Broad River.