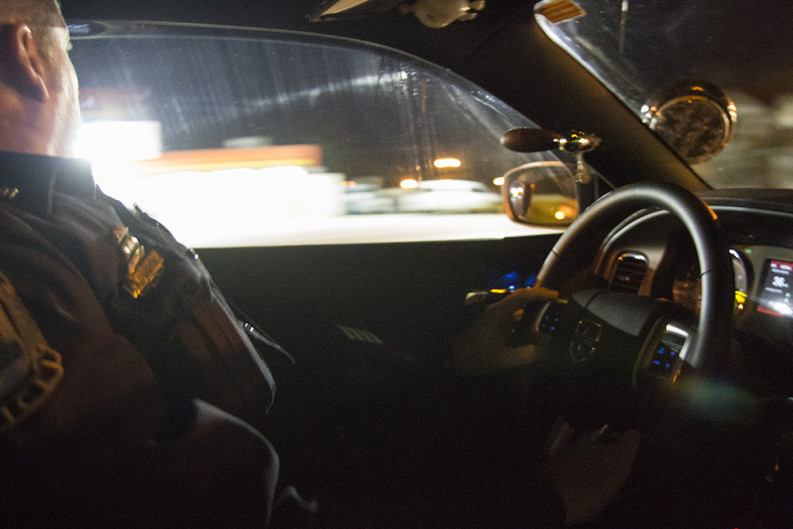 At its quarterly meeting tomorrow night, Knoxville’s Police Advisory Review Committee is scheduled to make recommendations related to a recent high-profile Knoxville Police Department internal investigation. Police concluded in June that off-duty officer Matthew Janish responded appropriately when he held Tonya Jameson at gunpoint as she attempted to pick up a vehicle she had bought from his mother-in-law.

Jameson, a black social media manager from North Carolina, wrote an account of the incident that went viral online, and the KPD response drew some social media backlash. Jameson says she plans to attend Thursday’s Police Advisory Review Committee (PARC) meeting and speak to its board.

“My goal is to establish that racial profiling led Janish to hold me at gun point, and that the Internal Affairs investigation was biased toward Janish,” she says.

The situation has drummed up more public interest in the PARC board, seven residents appointed by the Knoxville mayor who reviews citizen complaints about police. PARC’s executive director, Clarence Vaughn III, investigates complaints made directly to his office, and the board also reviews the results of all KPD internal affairs investigations, sometimes recommending new policies or voicing objections.

PARC was created after three black men – two unarmed, one suicidal – died in altercations with police within seven months of 1998. But its critics say it isn’t trusted by the community and is too chummy with the police department. It is more independent than similar agencies in many cities because it has subpoena powers and answers to the mayor rather than the police chief. But it still can’t force the police department to change its policies or its personnel decisions.

Since taking the lead at PARC in May 2016, Vaughn says he has made all the complaints it receives digitally searchable so he can track the types of cases, officers involved, districts with the most complaints, and similar information. Previously, many complaints were on paper and were missing key information like the race of the complainant or where it originated in the city, making it difficult to look for patterns. Now Vaughn says he can say with better assurance that the majority of complaints come from the East District, where the majority of Knoxville’s black population lives.

In addition, a past review of PARC complaints by the Mercury showed that many were taking months to resolve. While there are exceptions, Vaughn says most are now resolved within two weeks or so, with the office handling an average of 15 to 20 cases each quarter. Vaughn says complaint rates are remaining pretty stable, despite a slight dip last year which he attributes to the transition in leadership over the PARC office.

Vaughn says attendance at PARC meetings has been slowly rising to around 20 to 30 people in the last year, as police shootings make national headlines – although he expects more to turn out for this meeting because of the Jameson case. (It’s being held at the City County Building instead of a community center, as is usual, to accommodate microphones and a bigger audience.)

“There’s definitely a lot more participation,” says Vaughn, who created a Facebook page last year to publicize the meetings. Video of each is also posted there afterward.

Vaughn says he has tried to peg discussion topics to current events. For example, the last quarterly meeting was held at the Arnstein Jewish Community Center during a period when Jewish gathering places across the country were receiving racist threats. So Vaughn asked representatives from the FBI’s Joint Terrorism Task Force to come and answer questions about steps to take if a threat is made. They also joined KPD in discussing current federal and local policies related to immigration and policing, Vaughn says.

At Thursday’s meeting the discussion will focus on safety when dealing with police, Vaughn says. This, too, is related to current events: Mayor Madeline Rogero and KPD have emphasized that Jameson’s calm response when held at gunpoint helped de-escalate a tense situation. Jameson has argued that cops should be trained in de-escalation and practice it themselves rather than expecting panicked unarmed citizens to handle that burden.

Vaughn wants to start a conversation Thursday about how police and residents can better understand each other’s perspectives and feel less threatened by each other. To that end, he’d like to see more officers be more deeply involved in the communities they serve during their off hours.

“People seeing the opposite point of view, police and citizens – those two things are like water and oil sometimes,” Vaughn says. Vaughn aims to help residents better understand their rights – they can ask to speak with an officer’s supervisor, or ask for an explanation of why they are being stopped – but he says it’s still common for people to become so defensive that they endanger themselves.

“We want people to be able to live and make it home, for both the officer and the citizen,” he says.

Although KPD officers receive de-escalation training as well as training to discourage racial profiling, Vaughn says he plans to recommend training at least quarterly in cultural competency and implicit bias. “This needs to be an ongoing conversation,” he says. “It’s not one you can have once a year, or every two years.” He suggested regular inservice or roll-call (brief training at the beginning of each shift) that would involve community members sharing what best practices they’d like to see from officers.

The public is invited to attend the PARC meeting at 6 p.m. Thursday in the Small Assembly Room of the City-County Building at 400 Main Street.