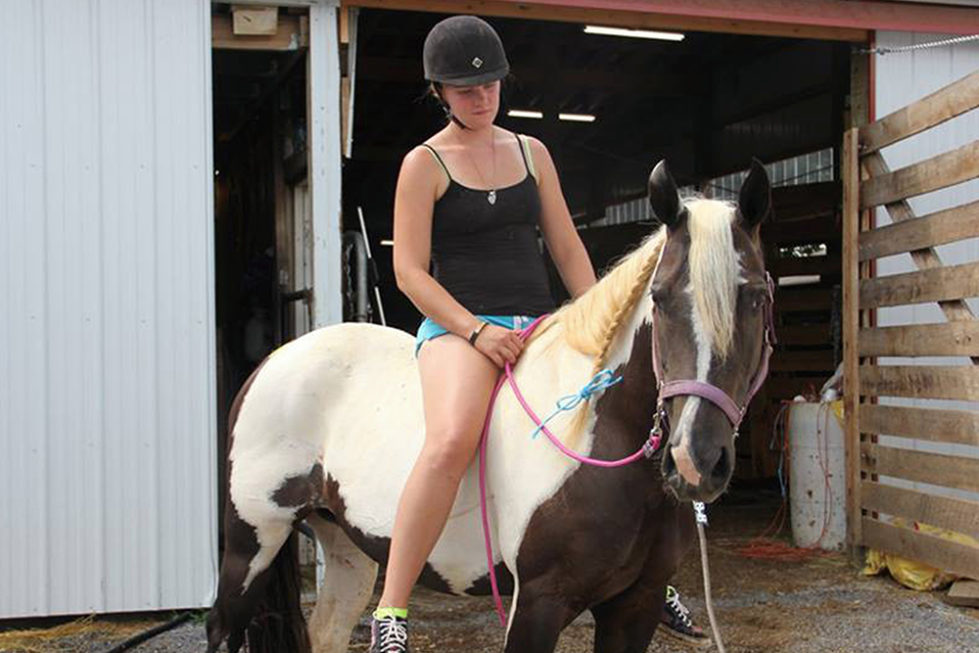 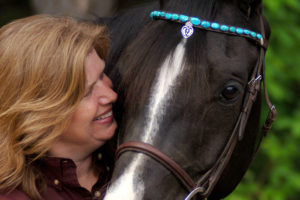 In 2003, freshly graduated from the University of Tennessee’s College of Law, Esther Roberts bought 6 acres of farmland off Strawberry Plains Pike. Over the next few years she built a barn, then lived in a horse trailer until she finished her house and a riding ring in 2008. The founder and CEO of Global IP Asset Management PLLC, she was creating her dream life. The idea of a horse sanctuary had not yet entered her mind; she wanted a place for her and her own horse, Lady Grace, now 18 years old.

In 2010, she welcomed her first rescued horse from an overbreeding situation. In 2012, she took in a horse that was in the pipeline to be slaughtered. In 2015, she filed for 501(c)(3) status as Starlight Farm Animal Sanctuary (SFAS.)

And then, says Roberts, “we’ve kinda been going gangbusters ever since.”

The sanctuary is particularly concerned with the issue of equine slaughter. Although the last official equine slaughterhouse—the Dallas Crown Slaughterhouse in Kaufman, Texas—was shuttered in 2007, and no large-scale equine slaughter presently occurs legally in the U.S., those who wish to benefit financially from the sale of horse meat for human consumption can take advantage of a loophole that allows them to transport horses to Mexico and Canada for slaughter. According to horsechannel.com, bills attempting to close the loophole have been introduced in the past few years in both the House and Senate, but nothing has yet been resolved.

Organizations such as SFAS take steps to save at least some of these animals from their fate by outbidding so-called “killer buyers” at auction.

“We cannot save them all,” Roberts says, “but we strive to give the absolute best care to each one who enters the SFAS programs.”

You have a small but dedicated operation.
Shakespeare wrote of a character in A Midsummer Night’s Dream: “Though she be but little, she is fierce.” We at SFAS are fiercely dedicated to the humane treatment of all animals, whether they are livestock, wildlife, or family pets. We are an all-volunteer organization, and my own personal horses are kept financially separate—thus, 100 percent of every donated dollar goes directly to helping the horses in need.

How are you different from Horse Haven of Tennessee, also in Knox County?
I like to say that if Horse Haven is the hospital, we’re the ICU! SFAS specializes in rescuing, rehabilitating, and rehoming “extreme risk” equines. We work with Dr. Eric Martin, who is clinical assistant professor of large animal clinical sciences for the UT College of Veterinary Medicine.

What kinds of things do you do?
As one example, last year a Mennonite family in Kentucky contacted us. One of their young foals had a hip injury and they had no means of transport or treatment. SFAS made an emergency 10-hour trip to pick up the injured foal and its mother and haul them directly to the University of Tennessee College of Veterinary Medicine. The hip ball had fractured, thus the foal was humanely euthanized and, after receiving care appropriate to the situation by the staff at UTCVM, the mare was returned to her owners. While losing the foal was sad, this is but one example where SFAS’ intervention prevented suffering.

Another example: A Bureau of Land Management mustang mare was found at a livestock auction. Ten years old and completely unhandled, she was to be sold for slaughter. SFAS bought her and coordinated with Black Hills Wild Horse Sanctuary to take the mare and allow her to live on that organization’s 11,000-acre equine reserve located in South Dakota.

What about education programs?
SFAS partners with Garden Montessori School, located in Fountain City, to provide experiential learning opportunities for the GMS students. The students have an annual field day at the sanctuary, where they learn about the animals in our programs, interact with the animals, and enjoy hiking, crafting, and a picnic lunch. The students are premier supporters of our mission; last year, the GMS students raised and donated over $400 to help offset the veterinary and rehabilitation costs of a paint mare who was entering our rehabilitation/adoption program. SFAS asked the students to name this horse and, since the mare arrived during the 2016 presidential campaign season, the GMS teachers created an exercise for the students to “campaign” and “vote” on the name for the horse. The winning name, “Rosie.”

What’s going on at SFAS right now?
Presently, we have three sanctuary resident horses, one horse in off-site foster care, and two horses in our quarantine/rehabilitation program, one due to foal any day. Our foster farm families provide long-term rehabilitation and training for horses that need the extra time prior to being placed for adoption.

Henry, a horse that just finished quarantine/rehab, came to us with a body score of 1.5, where 5 is “normal” and 7 is “obese.” So you can imagine. He gained quite a bit of weight and is much better. He’s been sent to live out his life at a standardbred retirement rescue in Middle Tennessee.

Standardbred?
Horses bred for trotting, harness racing, pleasure riding. We rescue many breeds. Many have been headed for slaughter.

Equine slaughter is that prevalent? Really?
Approximately 150,000 horses per year are shipped from the United States to Mexico or Canada for slaughter for human consumption. A local auction ships about 700 a month—we just bailed two of them last night. Horses rescued by SFAS typically come directly out of the slaughter pipeline and arrive in poor condition.

Does SFAS help only horses?
Since SFAS became a nonprofit in 2015, we have provided direct assistance—quarantine, care, transport, and/or funding—to dozens of animals, including horses, cats, dogs, and wildlife, working in conjunction with licensed wildlife rehabilitation facilities. But our primary focus for on-farm quarantine and care is horses.

• For animals who enter its foster/adoption program, SFAS provides each animal with any medical care and rehabilitative training required.

• Volunteer at the sanctuary.