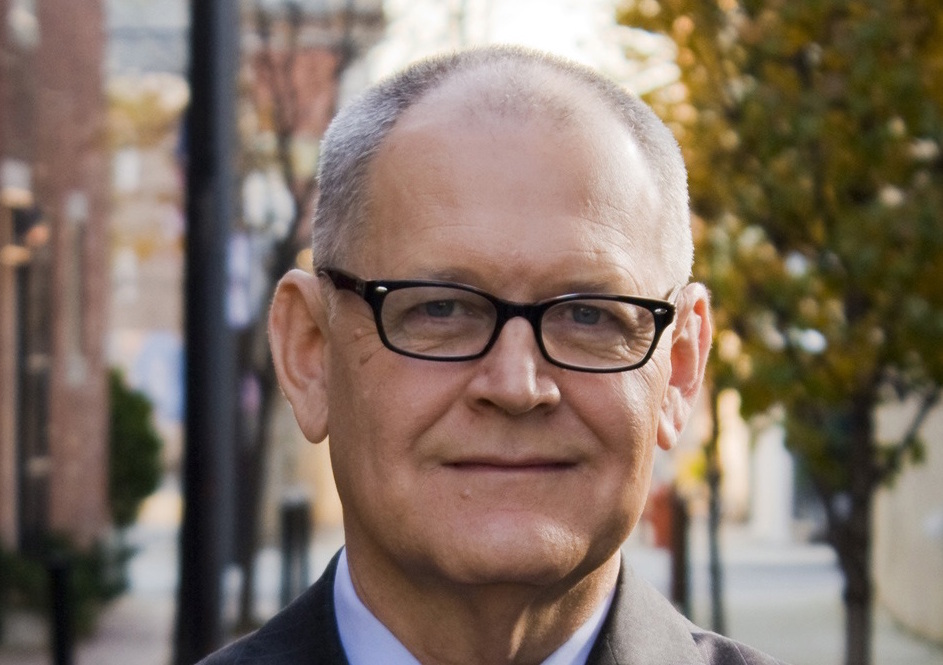 Wendell Potter’s name has a sharp resonance in Washington. For more than 20 years he was an executive in public relations for Humana and CIGNA, until he went public, first before Congress, and then in his own book, Deadly Spin, with his first-hand reports about systematic deception and manipulation of clients within the insurance industry.

Some in Knoxville remember the same name from a long time ago. Potter was editor of the University of Tennessee Daily Beacon in the early 1970s and later worked in communications for Jake Butcher, the banker and gubernatorial candidate who was the leading financier of the 1982 World’s Fair before he was arrested for bank fraud.

With co-author Nick Penniman, Potter recently released Nation on the Take: How Big Money Corrupts Our Democracy and What We Can Do About It. Now he’s taking a major leap, with an online publication called Tarbell, whose intent is to serve as a permanent watchdog over corporate doubletalk. Potter will speak next week at the Knox County Public Library’s Truth and Consequences Symposium: Facts, Filter Bubbles, and Fake News.

You began your career at UT’s Daily Beacon. Was there anything from those days that set you on the course you’re on today?
I got invaluable training in a real newsroom, and I learned the importance of having good editors. I was blessed. You can only learn so much in the classroom. When I was a Daily Beacon reporter, the editors would take my copy and make it better, without fail. The Daily Beacon on any given weekday afternoon was a buzz of activity. I knew I wanted to be a journalist from that experience—and, frankly, from the thrill of seeing my byline over a story. Cheap thrill but a thrill nonetheless. I was fortunate to be able to serve a term as editor, which I am so grateful for because I learned what it’s like to be ultimately responsible for everything that appears in the news and opinion pages. I was able to practice the craft of writing editorials, and I learned quite a bit about managing a staff. All in all, it was one of the most meaningful experiences of my life.

Deadly Spin was shocking when it came out seven years ago. To see such an expose by an intimate witness would seem to suggest that nothing would ever be the same. Do you have any reason to believe your book had any positive effect on the health insurance industry, or on the government that regulates it?
People in Washington have told me that my testimony before Congress in 2009 about the insurance industry helped lawmakers understand the industry in ways they hadn’t before and that what I said and ultimately wrote influenced both the legislation and the willingness of members of Congress to move forward with health-care reform. I’m also told that Deadly Spin helped people see the industry in a new light and also to understand how their thoughts, opinions and actions are so easily manipulated by corporations and special interests who spend whatever it takes to protect a profitable status quo.

I’ve been amazed to hear that the book is still being used in classrooms in colleges all across the country. All that said, however, the industry remains incredibly powerful and continues to pour money into efforts to make sure insurers get most if not all of what they want in Washington and the state capitals.

Health insurance is a paradox. Hardly any issue is more urgent, arguably far bigger in its effect on most of our lives than most hot-button issues, but it’s rare to find clear and coherent reporting on the subject. Is health insurance just too complicated and tedious for people—and reporters or politicians—to understand?
It is maddeningly complicated, so much so that people tend to tune out when someone starts talking about health care and health policy. This complexity, which, by the way, is unique to this country, is a great advantage for insurers and health-care providers and drug companies. But is a great disadvantage for everybody else. America’s health-care system can be so hard to wrap your head around that it makes your hair hurt. I’ve tried to explain American-style health care to audiences in Canada and the U.K. and they look at me like I’m speaking a foreign language. Their systems don’t have anything approaching the complexity of our system.

There’s much discussion of “fake news” on both sides of the aisle, and that in particular is a subject of next week’s forum. Do you see particularly egregious examples of this in your research? I see you’ve found evidence of “fake grassroots organizations.”
Fake news is actually nothing more than a relatively new term for propaganda. It comes in many forms and from many places. I hate to admit it, but in my old job in the insurance industry, my colleagues and I worked with PR firms to create fake grassroots organizations that would disseminate our propaganda. We didn’t want to be seen as the propagandists for obvious reasons, and we went to great lengths to hide the fact that we were financing the fake groups. We knew the public, and even reporters, are easily fooled into thinking such groups are real.

It’s important to talk about fake news, but there is a danger in defining it too narrowly. The danger is that it obscures the never-ceasing campaigns by special interests to get us to be their pawns in devious and unethical ways. The term “fake news” as most people seem to understand it has only been widely used for a few months. After Facebook founder Mark Zuckerberg used it last year in a talk about how lies about political candidates were being spread via social media, the term went viral. For a while it was used primarily if not exclusively in reference to the spread of lies and half-truths via social media to influence voters. Soon, though, President Trump started using the term to discredit news reports he didn’t like. As a consequence, many people don’t believe news stories that are in fact true. It’s a huge problem and a big threat to our democracy.

How would you assess the health of journalism today?
Good in some respects, not so good in others. The staffs of newsrooms and TV and radio stations have shrunk as so much advertising revenue has shifted to online media. So there are a lot of unemployed reporters and editors, and sadly, many of them wind up in PR jobs, adding to the problem. But there is still much good and valuable reporting being done. Journalism is evolving. It has to. I’m encouraged by the number of nonprofit news organizations that have appeared on the scene in recent years.

Nonprofit journalism is a tricky proposition, as we’ve learned with the fate of the Mercury. In 2017, readers aren’t used to paying much for journalism. Do you think you can crack the code?
Yes, I think we can. Because we won’t be publishing a print edition, and we won’t have a big brick-and-mortar office, our expenses will be lower than most legacy media. We will be launching a crowdfunding campaign this fall, which we believe will put us on the path to being reader-funded. We know our content must be useful and engaging. That will be our focus.  We also have a goal, and a strategy behind it, to get our readers more civically engaged. Our mission is to achieve a more just and fair society through journalism—and to preserve our democracy. We will not only be telling important stories and pointing to potential solutions to problems, we will give people the information and tools they need to help make positive change happen.

Wendell Potter will speak at the Bijou Theatre on  Thursday, July 27, at 7 p.m.  as part of the Knox County Public Library’s Truth and Consequences Symposium: Facts, Filter Bubbles, and Fake News. Admission is free. The symposium runs from July 23 to July 28 at various venues around downtown.