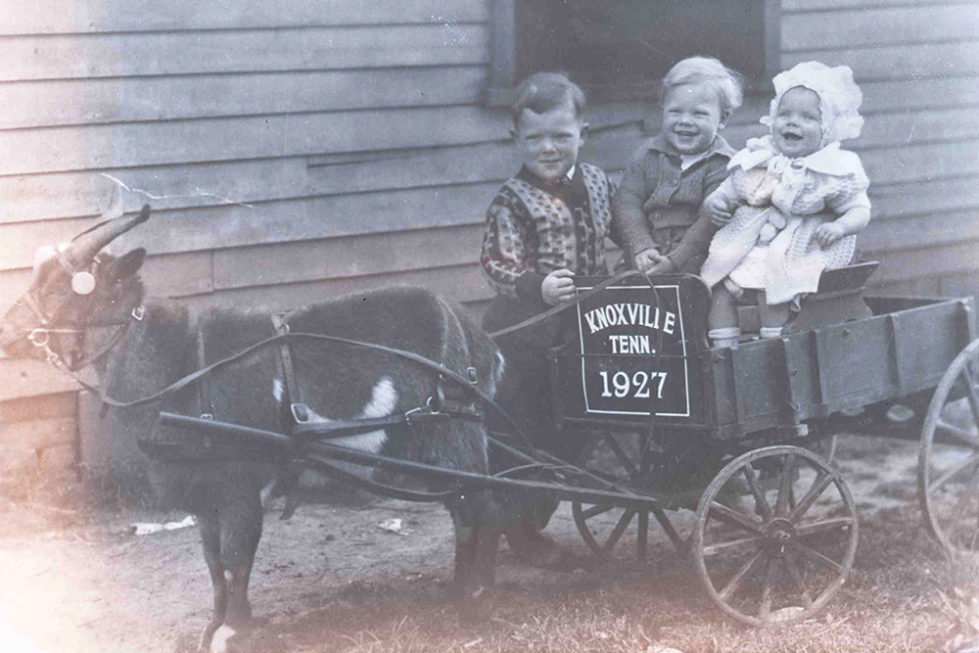 I hate to see the Mercury go. There are a lot of reasons to lament its passing, and though perhaps not particularly high on the list in its importance to this community, I will miss writing this column. There are so many interesting films and recordings at the Tennessee Archive of Moving Image and Sound, and fascinating stories to go along with them.

I had been a contributor to Metro Pulse, and when the Mercury launched, I pitched this column to arts and entertainment editor Matthew Everett. It seemed a natural fit. Metro Pulse had long been a reliable supporter and champion of TAMIS. Jack Neely was one of the first people in Knoxville to understand the archive’s importance to Knoxville’s cultural heritage; he wrote stories about the archive when it was run out of the Bearden apartment of co-founders Bradley Reeves and Louisa Trott. Coury Turczyn, Matthew, and other Metro Pulse contributors also frequently wrote about TAMIS finds and activities. Jack, Coury, and Matthew were some of TAMIS’ most frequent visitors and researchers.

The films, videos, photographs, audio recordings, and ephemera at the archive are pieces of the larger story of Knoxville and East Tennessee. An interview with music instructor Jack Haynes resulted in a surprising history of some of the more obscure jazz musicians and venues in Knoxville. Researching a record found in a thrift store led to finding out more about the history of Knoxville’s R&B scene and a videotaped concert that spotlighted many of its greatest performers. The intensive research undertaken on the Knoxville Sessions of 1929-30 led to many unexpected and fascinating stories, and more continue to come to light. It’s thrilling to research and discover all this history, and it was a great opportunity and privilege to share it courtesy of the Mercury.

Contributors and columnists have been invited to continue to publish on the Mercury website, which will remain active, and I’m sure I’ll do that now and then, but without a deadline I don’t know that I’ll keep to an every-other-week schedule. And I’m sure that the advertising research that proves more people can be reached online than in print is accurate—otherwise businesses would probably continue to advertise in print publications. But I’m also sure there are people who won’t discover or read as many longer articles online as they might have in a paper.

I always enjoyed having an Inside the Vault column in the Big Ears issue, imagining some of the world travelers descending on Knoxville might pick up the paper and take an interest in some small part of Knoxville’s music history. Norwegian fiddle player Nils Økland was never likely to stumble on an online article about champion fiddler Newman Wise’s vast collection of old-time music tapes and his bootleg of a Stephane Grappelli concert, but maybe he read about it in the paper over lunch in Market Square.

Inside the Vault was also used to promote TAMIS screenings and events, which was certainly a bit of shameless self-promotion, but also included history and background. Now there won’t be a print column in which to write about the upcoming screenings at the Tennessee Theatre during the annual East Tennessee History Fair on Saturday, Aug. 19, from noon to 5 p.m., which will feature films from the WSJK public television archive, including a half-hour documentary about Lamar Alexander’s walk across Tennessee during his 1978 gubernatorial run. (The documentary never aired because it so much resembled a campaign film that the state comptroller ordered the Republican Party to reimburse the state for the cost of the film, so this will technically be its premiere.) Home Movie Day is coming up in October, so keep an eye out for that, too. We’ll keep working with the Knoxville History Project, so you’ll probably continue to see TAMIS photos on their website.

Since I didn’t write about a particular person or archival item this time, I thought we’d run one of our favorite photos at TAMIS, from the collection of local photographer Bruce Leslie. It’s a group of children being pulled in a wagon by a goat. It always cheers me up to look at it. Maybe it will bring you some cheer as well.