The last Knoxville history page, for now - The Knoxville Mercury 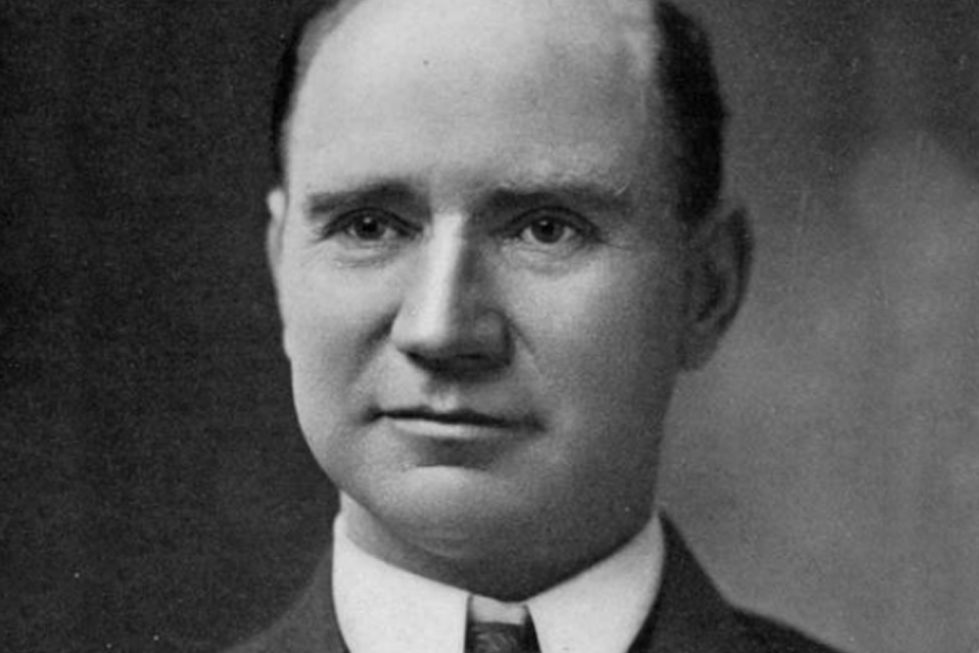 (his two brothers were involved mainly in the early days). His Gay Street headquarters building is now known as Sterchi Lofts. When it was built in 1925, Sterchi’s claimed to be the largest furniture company in the world.

In recent years historians have recognized Sterchi’s surprising role in the popularization of country music. Sterchi’s carried phonographs, and in the early 1920s tried to expand the market for phonographs to the working class by sponsoring some of the first recordings of country music. By 1924, Sterchi was sending area country musicians to New York to make records, decades before there were permanent recording studios in Tennessee.

Among these Sterchi-sponsored recordings were recordings by Knoxville street musicians, like Charlie Oaks, George Reneau, and Mac & Bob–as well as the first recordings of legendary banjoist-showman Uncle Dave Macon, who just a few years later became the Grand Ole Opry’s first star. Sterchi was a supporter of early Knoxville radio, and his company was prominent in sponsoring the months-long studio recordings at the St. James Hotel in 1929 and 1930, known today as The Knoxville Sessions, internationally released last year as a box set.

The Sterchi home on Dry Gap Pike, near Fountain City, is considered endangered, listed on Knox Heritage’s Fragile 15. Built in 1910, it’s one of the best-known works by local architect R.F. Graf (1863-1940) who was, like Sterchi, son of Swiss immigrants. Known as Stratford, the stately, columned mansion was J.G. Sterchi’s final home. It has stood empty for years, due to a lengthy legal dispute, but was recently purchased by a party who has not announced intentions for the property. For more, see knoxheritage.org.

On July 27-28, the Knox County Public Library is sponsoring “Truth and Consequences,” a rare symposium about the news media, its potentials and hazards in a rapidly changing era. Included will be a screening of the recent documentary Merchants of Doubt, about deceptive “experts,” with a discussion afterward; and a talk by former Knoxvillian Wendell Potter, author of Deadly Spin and Nation on the Take. The Knoxville History Project is participating in the event with research for a display about the influence of newspapers in Knoxville history, as well as Jack Neely’s talk on the subject of Knoxville’s 225- year history in newspapers, at noon on Thursday, July 27, at the History Center.

Don’t forget the East Tennessee Historical Society’s History Fair is in one month, on Aug. 19. The Knoxville History Project will participate with a booth and material of interest, like our recent publication “Why Knoxville Matters,” and downtown walking tours, including a 35th-anniversary tour of the 1982 World’s Fair.

We regret that this is the Knoxville History Project’s final History Page in the Mercury, for now at least. We’ve enjoyed bringing these stories about Knoxville’s fascinating story, emphasizing the ways history remains essential to the city’s growth and newfound sense of itself. KHP will remain as an educational nonprofit, and has multiple other programs. We’re happy to discuss talks, tours, research, and writing projects. We are grateful for tax-deductible donations to further our mission of promoting Knoxville’s history. Follow our work at knoxvillehistoryproject.org.

Featured Photo: James Gilbert Sterchi (1867-1932) would be 150 this weekend. Dozens of cities all over the South hosted a Sterchi Brothers furniture store, thanks to this resourceful entrepreneur. Among other appliances, Sterchi’s made phonographs accessible to working people, and promoted them by sponsoring some of the first country-music recordings.