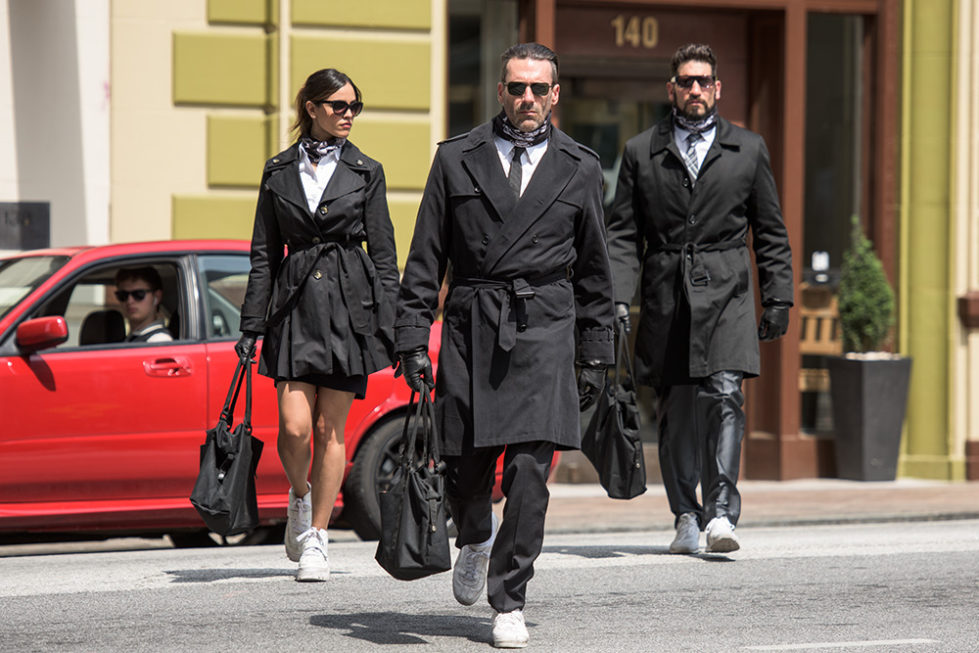 In a way, it feels strange to applaud an Edgar Wright film for its originality. The director of Shaun of the Dead and Scott Pilgrim vs. the World has endeared himself to fans by synthesizing whole stories from pop-culture references and affectionate genre deconstruction; the winking familiarity of his movies has always been a big part of the fun.

Maybe I was alone in thinking it was starting to wear a little thin, though, and that Wright, a gifted cinematic stylist and snappy writer, was selling himself short by constantly referencing other people’s work.

The solution, it turns out, wasn’t to ditch his trademark habit of remixing cultural touchstones, but to simply make a lateral slide into another type of nerdy preoccupation. With the joyous musical caper flick Baby Driver, Wright finds his groove in the story of a boyish wheelman who obsessively choreographs every aspect of his life to the tunes humming in his ever-present earbuds.

For practical purposes, it’s to drown out the chronic tinnitus that has afflicted Baby (Ansel Elgort) since the childhood auto accident that killed his mother. But music also serves as the lens through which Baby filters all of his experiences, and a way for him to have a modicum of control over a life dictated by the needs and demands of the people around him. Mostly that’s Doc (Kevin Spacey), an Atlanta kingpin to whom Baby is indebted. The preternaturally talented young getaway driver has been chipping away at his debt through a sort of indentured servitude: Doc plans elaborate heists with an ever-rotating crew of stick-up artists, and Baby makes sure they stay one neck-snapping peel-out ahead of the police. After he finally balances the ledger that binds him to Doc, Baby gets roped into one final gig with a potentially enormous payoff—enough that he’ll be able to ensure the well-being of his kindhearted foster father, Joe (C.J. Jones), and hit the road with his wholesome waitress girlfriend, Debora (Lily James).

Unfortunately for Baby, he doesn’t eat, sleep, and breathe genre films like some of Wright’s other protagonists. If he did, he’d know that the ol’ “one last job” shtick portends disaster exactly 100 percent of the time, especially when you throw in a few swaggering psychopaths (including Jamie Foxx, Jons Bernthal and Hamm, and Eliza González), Die Hard levels of firepower, and what appears to be the entire Atlanta Police Department motor pool.

Like most of Wright’s filmography, Baby Driver is a slick mashup of seemingly incongruous genres, and it’s packed with nods to other movies—everything from Walter Hill’s existential gearhead favorite The Driver to Singin’ in the Rain. But it’s music that drives the film. Chase scenes are choreographed to the Jon Spencer Blues Explosion’s “Bellbottoms” and the Damned’s “Neat Neat Neat”; an elegant, single-take credits sequence finds Baby gliding through the streets of Atlanta to Bob and Earl’s “Harlem Shuffle” as the song’s lyrics come to life in the sets, props, and backdrops that surround him. The plot even hinges on an awesomely weird cameo by ’70s hit-machine songwriter Paul Williams (“We’ve Only Just Begun,” “An Old Fashioned Love Song”), and it’s all set to an inspired, 35-song soundtrack that’s as diverse as Wright’s cinematic interests. It’s a musical without the song-and-dance numbers. (Elgort does dance, and it’s wonderful.)

It’s also a pulsing, eye-popping action movie that opts for visual grace and raw thrills over the big-budget spectacle of recent Fast and Furious installments. Wright, along with cinematographer Bill Pope and a cavalcade of stunt performers and effects pros, choreographs the increasingly violent set pieces the way other filmmakers might stage a musical number, with guitar strings and drum beats syncing with squealing tires and gunshots.

It’s an idea that Wright has played with before, most notably in Shaun’s famous “Don’t Stop Me Now” scene and the Mint Royale music video that served as a sort of road test for Baby Driver. This time he stretches the conceit to feature length, and the result is as taut as a perfectly tuned bass string. The plot might be a mixtape of noir and chase-scene clichés, but Baby Driver is loaded with so much energy and visual inventiveness that it plays like an entirely new composition.