The Origins of Knoxville's Bicycling - The Knoxville Mercury 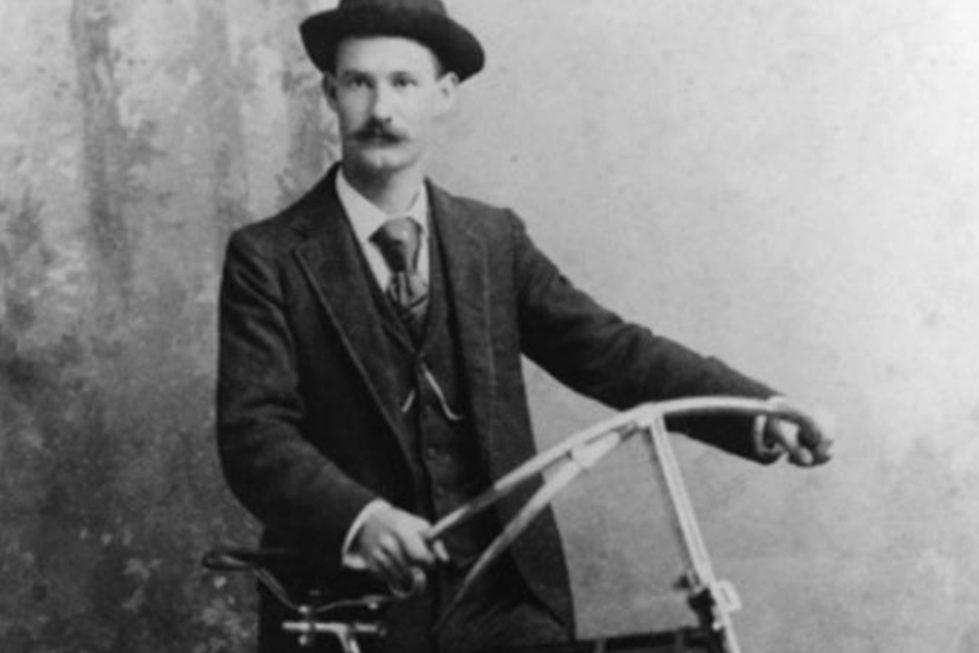 Bicyclists have been racing here more than 125 years!

It’s unknown when the first bicycle arrived in Knoxville. Mayor Sam Heiskell once recalled buying his first bicycle on Market Square in the late 1860s, but it was probably a velocipede, which had pedals turning the front wheel, like a modern tricycle.

Born in Union County, Horace “Fate” Snodderly became known by 1886 as Knoxville’s trick bicyclist. He worked with big-wheel bicycles, with the big wheel more than four feet in diameter. They weren’t easy to ride, so Snodderly taught lessons. He later performed and competed in other cities.

Cowan Rodgers recalled he got his first big-wheel bicycle at 10 years old, in 1888. By 1890, he owned one of Knoxville’s first “safety type” bicycles, that is, a bicycle with two smaller wheels the same size, operated with a chain turning the rear wheel.

Early bicycles were purchased in hardware stores. The the first bicycle specialty shop to be listed in city directories was that of W.P. “Bill” Biddle, on Mabry (East Vine) Street in 1891. He and his brother, John, promoted bicycling here.

Other bicycle pioneers include George Brown and Charles A. Truan, a member of a French-speaking Swiss family. His shop was on Depot Street, near the railroad station. He sold bicycles he assembled from parts manufactured by the Metz company in Massachusetts, and the British Ariel bicycle, which pioneered the modern style.

A gunsmith named Marcus L. Wolf, who had a shop on Gay Street near Church, shifted to building and repairing bikes around 1896.

Another early bike merchant was a former Chicagoan named Hampartzoom Bayzarian, who in 1896 was manufacturing bike wheels in his shop on Depot Street.

Charles Porter, a black man, ran his own bicycle shop on North Central near the White Lily building by 1898, and was in the bike business for several years. He later founded the Lone Star Bicycle Club, which bought, sold, rented, and repaired bicycles on East Jackson, near Florida Street.

Knoxville was hosting one-mile races by 1890, but on July 4, 1894, the Biddle brothers hosted a bigger event. “Biddle’s Road Race,” from Gay Street to Fountain City and back, a round trip of 12 miles, drew more attention than any previous competition. Its first winner was jeweler Elmore Godfrey, who made the distance in 40 minutes and 21 seconds, averaging about 18 miles per hour.

Knoxville hosted two competitive groups of bicyclists, the Knoxville Racing Wheelmen, a white club, and the Marble City Wheelmen, a black club. In the 1890s, both clubs raced on the flat oval horse-racing track on the South Knoxville riverfront, where Suttree Landing Park is now.

Bicycles were on Knoxville’s roads years before automobiles were. In fact, the first automobile ever seen in Knoxville was built in a bike shop!

Cowan Rodgers grew up in a wealthy family on West Cumberland Avenue, and became a regional tennis champ. He loved bicycles, and went to work with the Biddles. There, in 1899, he built the f irst automobile ever seen in Knoxville. It reportedly scared the neighborhood horses. He built another, better car, but soon large factories were turning out automobiles by the thousands and he decided it was impossible to compete. He eventually became a major local automobile dealer, but for years, kept selling and repairing bicycles.

According to company lore, Marcus Wolf’s bicycle business was eventually obtained by Pennsylvania native Will Greenlee, who by 1906 was operating his Bicycle Hospital. It was the beginning of a durable company known today as Greenlee’s Bike Shop. It’s a rare survivor of the first era when Knoxville loved bicycles.

Featured Photo: Local rider Dick Simpson with an early “safety-type” bicycle, a style that began appearing on Knoxville streets in the early 1890s. Easier, faster, and safer to ride than previous models, it commenced a boom in the popularity of bicycling here and nationwide.