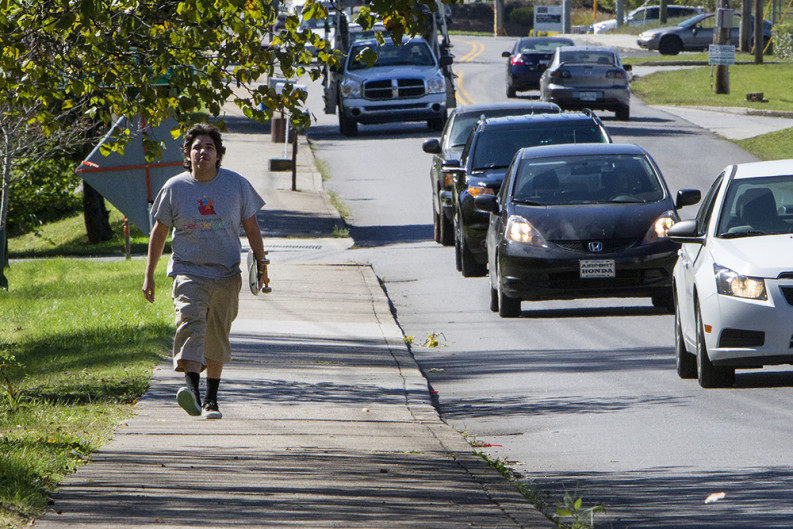 The Knoxville Metro Planning Commission is currently seeking public input for a draft ordinance seeking to improve walkability conditions across the city. The ordinance, drafted by MPC staff with assistance from Knoxville Engineering Department, seeks to require developers to provide walkability and pedestrian facilities for all new development and redevelopment projects.

Gerald Green, executive director of the MPC, sees the ordinance as a way for the government to better work with developers in their effort to make Knoxville safer for pedestrians.

“The city is putting significant funds into the budget for construction used sidewalks, maintenance of existing sidewalks and this would help complete that package by requiring new development to have sidewalks so the city is not continually trying to catch up and put sidewalks in after development has occurred,” Green says.

With its high rate of development, Green says West Knoxville currently has the greatest need the proposed ordinance would bring, with North Knoxville coming in a close second. For developers, sidewalk construction typically costs between $30 to $50 per linear foot. That number stands closer to $250 to $300 a linear foot when the city gets involved, due to additional costs of acquiring land, redeveloping drainage and possible movement of utilities.

The ordinance must be voted on and approved by the Knoxville City Council before it becomes law, though it is currently not slated to appear in any future meetings. Green says MPC is still receiving public input and holding public forums to gather feedback, a process he says should last into July.