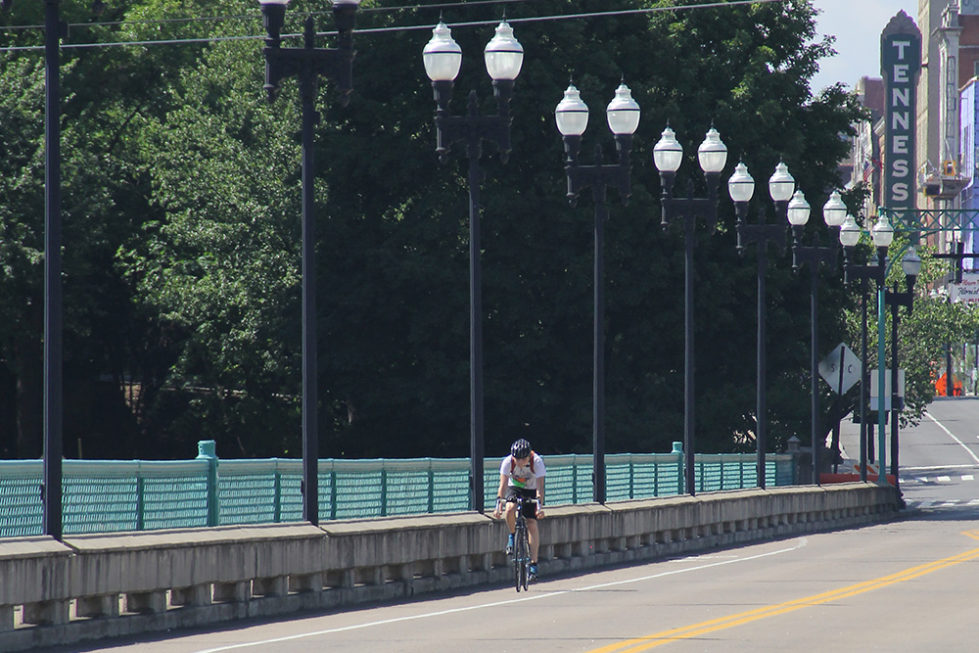 In Italy, the most passionate and fervent cycling fans are commonly called tifosi (simply meaning “fan” in Italian). These are the people you see running alongside a group of riders suffering up the steepest section of a mountain climb or cheering on their favorite sprinters (always one of the Italians, of course) in a white-knuckle finish for the line. For those of us wanting to embrace our inner tifosi this summer, the  USA Cycling Pro Road Race & Time Trial National Championships, June 24-25, will provide just that opportunity.

It is here in Knoxville that we’ll get a chance to see some of the U.S.’s best riders compete for the coveted Stars and Stripes jersey. Unlike national championship courses in other cities in the past—where the races tended for longer laps outside of town—the Sunday pro race will be 14 laps through downtown, across the Gay Street bridge, and through South Knoxville. These short laps—coming in at just under 8 miles a lap—will provide for an amazing viewing experience.

Here’s our guide to enjoying Knoxville’s first Nationals weekend as American tifosi, cheering on some of the best professional cyclists in the U.S.

There is almost nothing more universally loved among cyclists than coffee and beer. For many riders, it’s impossible to begin a long day in the bike saddle without an espresso, and replenishing calories is most enjoyable when in the form of a post-ride Belgian Tripel or a West Coast-style IPA. For fans of cycling committed to watching a bike race of four hours (or more), it’s not uncommon to see coffee and beer going hand-in-hand. If you want to spend Sunday afternoon watching the peloton of riders weave their way through downtown Knoxville, while also being able to grab coffee, beer, or a bite to eat, the Old City will be a perfect location for all three.

While some of the most exciting parts of Sunday’s race will likely take place on the brutally steep climb of Sherrod Road or possibly even the windy descent down Davenport Road, for anyone wanting to take a couple of iconic pictures of this year’s race, it’s hard to think of a more picture-perfect view than the riders going across the Gay Street Bridge. Also, as riders both mentally and physically prepare themselves for another leg-sapping attack up Sherrod Road, you might see a few riders try their luck at attacking while on the Gay Street bridge.

The term mur in the primarily French-speaking and cycling-crazed Wallonia region of Belgium literally means “wall.” In South Knoxville, the Mur de Sherrod Road will almost certainly be the most decisive part of this year’s course. Sherrod Road is similar to many of the short but fiercely steep hills that you see during early spring races in the Belgium and Netherlands countrysides. The climb up Sherrod Road is a little over a quarter-mile long and averages about a staggering 11 percent gradient. Here on the slopes of Sherrod Road, any American tifosi wanting to watch their favorite riders suffer up this climb 14 times will be given their chance. On a side note, while photo ops and overall fandom are important to the sport of cycling, it is always important to make sure it is never at the expense of the rider’s or your own safety!

After the climb on Sherrod Road, the technical and quick descent down Davenport Road will test some riders’ bike handling skills and allow a few riders dropped on Sherrod Road to rejoin the main group of riders. It would not be surprising, around lap 12 or 13, to see a potentially winning move by a small group of riders going full-speed down Davenport Road with a hard-charging peloton in hot pursuit.

There is nothing worse than spending a solid four hours watching a race only to miss the winning move at the finish line. The race both starts and ends near the James White Parkway/I-40 overpass on Jackson Avenue, with the finishing line situated on a fairly straight, slightly downhill stretch of road. While it would be easy to assume that a race without a long mountain climb would likely end in a big, bunched sprint, it wouldn’t be too surprising to see a group of only four or five strong riders battle over the last 500 meters for the Stars and Stripes jersey. 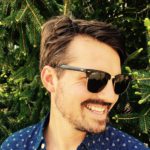 Liam Hysjulien is a freelance writer living in Knoxville, Tenn. His work has appeared in Salon, the New Republic, and Ploughshares. Besides loving the beautiful sport that is professional cycling, he is a devout follower of the best football club in North London, Tottenham.