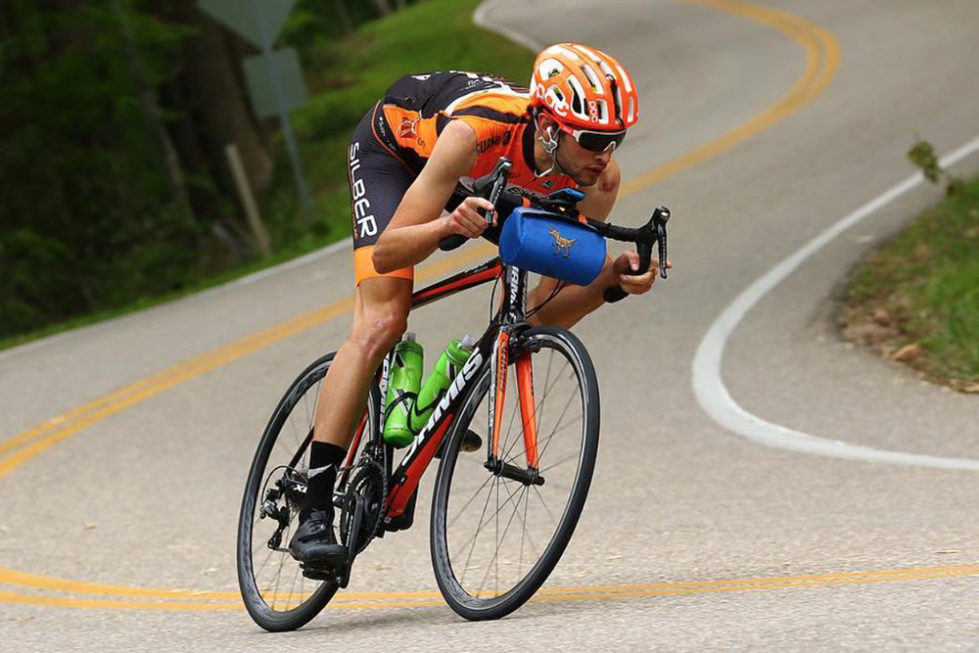 by Tanner Hancock and Liam Hysjulien 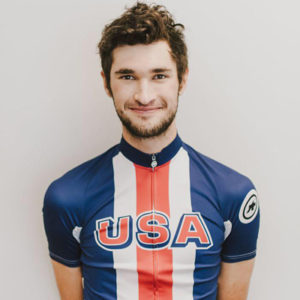 As the U.S. professional road cycling national championships descend upon the city, Knoxville will be flooded with the best American cyclists the country has to offer.

Stephen Bassett can be counted among them, though as a native Knoxvillian, he has the added advantage of not having to travel very far.

As a professional cyclist and student at the University of Tennessee, Bassett spends part of his year pursuing an English degree, the other traveling the globe with his (Canada-based) team Silber Pro Cycling, competing in events as far away as Belgium, Ireland and, very soon, one in his hometown of Knoxville.

How does it feel to have the USA Cycling Pro Road Race National Championships in Knoxville this year?
As a rider, it’s a big honor and very exciting to have the Pro Nationals in Knoxville. The course runs less than a mile from my house and I walk the dog on the decisive Sherrod climb! I’ve lived in Knoxville my whole life, so to have our biggest event hosted here is huge for me.

As a fan of cycling, I hope the race can showcase just how much the city has to offer for road cycling. The mountain biking scene in Knoxville has exploded in recent years, with new trails in the Urban Wilderness constantly springing up, but I think most people don’t realize we have some of the best roads in the country for riding, within a few miles of downtown.

What do you see as being some decisive parts to this year’s course?
I see a race of attrition, leading to a select group coming together before the line. I would guess at a group of less than eight making it back to downtown together.

What’s your strategy going into the race?
That’s the confusing part about cycling. So there’s one winner but they’re almost always supported by a team. So all these teams will come in but they’ll have eight guys racing together trying to set up one guy. Actually for this one, because everyone else on my team is Canadian, I’m by myself. They’re all racing Canadian Nationals the same day, so that kind of makes me a little bit of a lone wolf in this one. You race a little differently. It’s a disadvantage, but it’s also like you’re playing a different hand, like if they want you to do work I don’t have to …  It takes the pressure off me almost. I think I can hopefully do well, but the odds are I’m not. It puts you where there’s a lot to gain but not a lot to lose.”

In looking at the course, which riders do you see being major threats for taking the Stars and Stripes jersey on Sunday?
Robin Carpenter has been consistently performing on the harder courses this year. The ProTour riders like Alex Howes are always a bit of an unknown as they are super strong, but we don’t see them all year when they are racing in Europe. I think Colin Joyce of Rally is the dark horse, he is a man for the suffer-then-sprint type of days.

Seeing that you’ve raced in some of biggest stage races in the U.S., and also as a rider for the USA under-23 team in Europe, what do you see as some of the biggest differences between racing in the U.S. and racing in Europe?
Racing in Europe tends to be “on” more often-there are fewer lulls in the pace. The roads are often narrower and littered with “road furniture” such as roundabouts and signs. In the states, we generally race bigger roads.

What’s your daily training regimen?
So it’s like wake up, have the big breakfast, have the coffee. Usually something between a two- to six-hour ride, and usually going out to the mountains for that. Try to work with some stretching, some core. There’s a lot of focus on nutrition, always eating. So much of it’s just eating and drinking, taking care of the body. I usually go south and out into Townsend a lot, like Foothills Parkway. A couple of weeks ago I did like a 120-mile training ride, just to get ready. These races are pretty long, some of them are 110, 115 miles. You just kind of have to do a little bit more of that in training so it doesn’t seem so bad.

What, if any, rituals do you have or is there any music that you listen to before the start of a big race?
I have a playlist saved that I try to listen to before races to get pumped a little bit. But generally I think people can get too wound up in routine. I’ve found that I have had good performances when I’m nervous, calm, or anything in between. So I try not to get too worked into whatever emotions I am feeling.

What’s it like to be a pro athlete and a student simultaneously?
It’s definitely a challenge. The first year I tried to do full time school and full time racing, and I just couldn’t make it work. So right now I go full time in the fall and one class in the spring online, and that’s the balance I’ve worked out. It’s a big balancing act to do both. I think it helps you balance as a person. I think cycling is so intense and you get so wrapped up in it, all the little drama, all the little injuries, everything that’s going on. Maybe having something else, not a backup plan but something else you’re pursuing at the same time, because this doesn’t last forever.