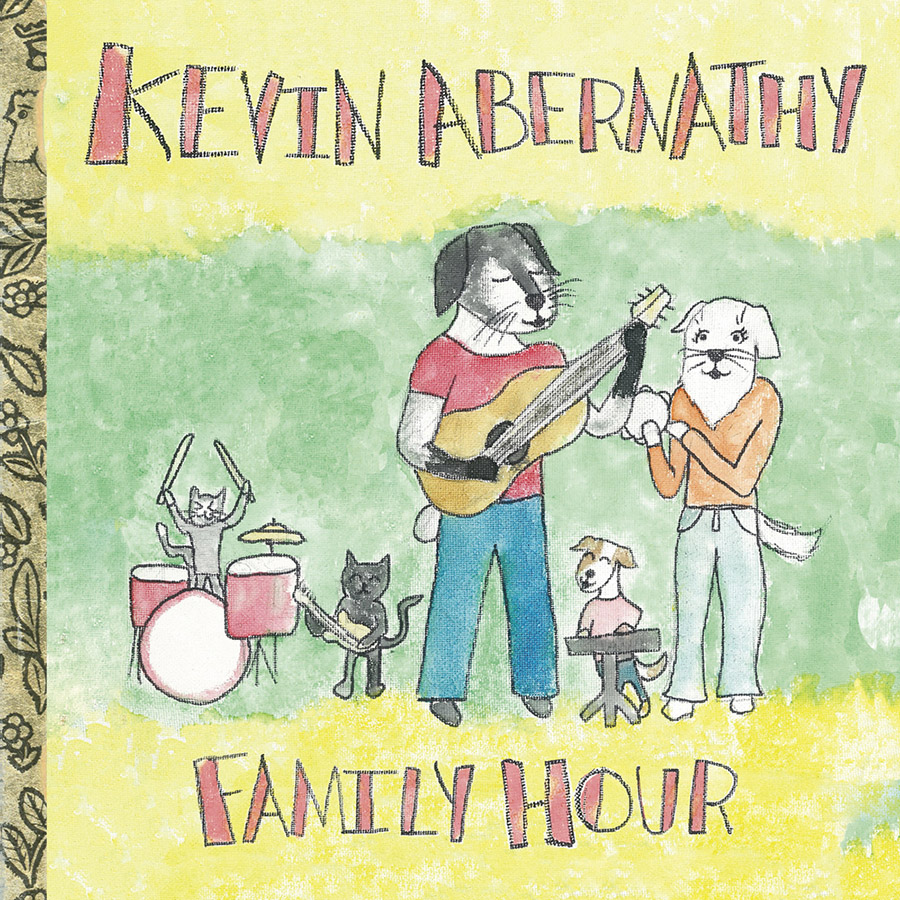 For the last decade, Kevin Abernathy has been releasing an album every couple of years, each one showcasing a slightly different side of his musicianship. He dug into Southern rock and shredding guitar on Rock-N-Roll Fiasco, A Beautiful Thing, and Scrap Metal Blues; with Some Stories, in 2012, he traded in the amplified guitars for acoustic back-porch music and fiddle, banjo, mandolin, and lots of harmony vocals. Ain’t Learned Yet, from 2015, seemed like a synthesis, with understated lead guitar embellishing a batch of fully developed singer-songwriter-type songs.

But Family Hour is another departure. At just 27 minutes, it’s Abernathy’s most concise statement yet. In the past, he’s favored five- and six-minute songs to allow room for his guitar, but also  for the characters—outcasts, outlaws, and other assorted miscreants—who inhabit his songs. Here, the songs feel more personal and less narrative-driven—they’re songs about middle age and, as the title suggests, family life. “You Kids” is a reverse version of Cheap Trick’s “Surrender,” an anthem to getting teenagers out of the house for peace and quiet; “Stage Dad” is a rip-roaring pop-punk track, all of two minutes and 13 seconds, about being the father of three musicians. (Abernathy’s daughters play in the Pinklets.) There’s some formal variety—“Don’t Say My Baby” tours through honky-tonkin’ cowpunk territory, and “Beach Music” explores pre-Beatles pop-rock.

Another difference: Both Some Stories and Ain’t Learned Yet featured all-star rosters of local talent like Greg Horne, Trisha Gene Brady, and Tim and Susan Lee, and Sean McCollough. The lineup on Family Hour is leaner—Abernathy on guitar and vocals, Gray Comer on drums, Po Hannah on guitar, and Mike Murphy on bass, with guest appearances by John Baker and two of the Pinklets.

It’s a change that suits the modest but affecting music here.