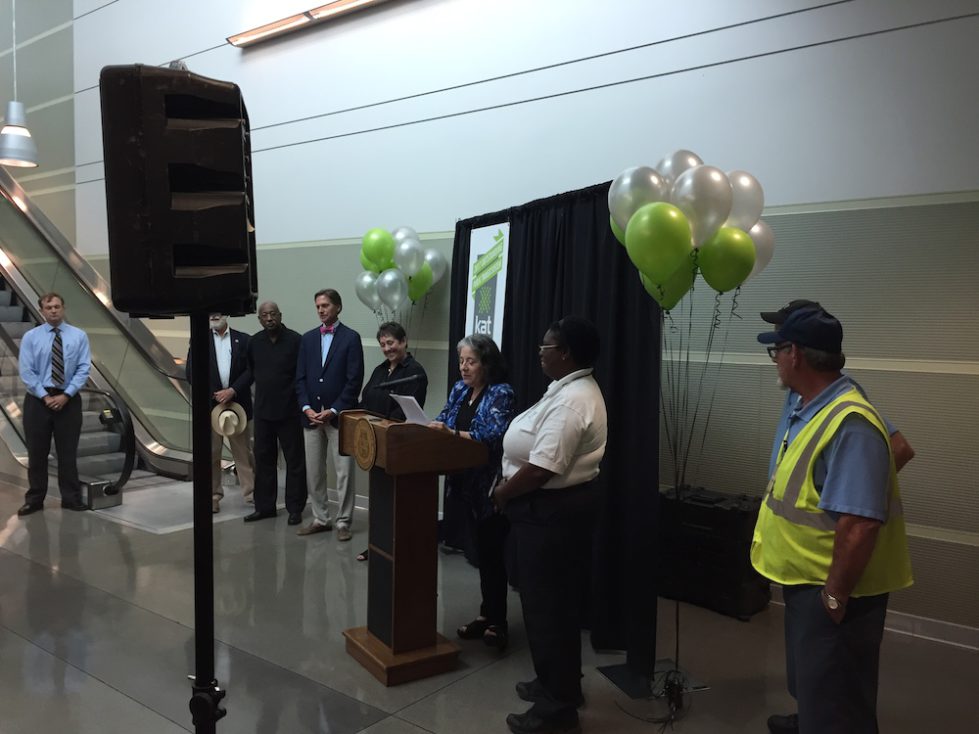 At a press conference held earlier today, Knoxville Mayor Madeline Rogero announced Knoxville Area Transit as a recipient of the 2017 Outstanding Public Transportation System Achievement Award. This is a national distinction given out by the American Public Transportation Association—or APTA, for short—to recognize public transit systems that have made significant service improvements in recent years.

Rogero then recognized several KAT employees who’ve made significant contributions to the organization over the years: bus operators Kenny Dunlap and Richard Beeler, both set to retire later this month after 40 years of accident-free service; Detour Communications Coordinator Aquayla Harrison, who has become indispensable in light of Knoxville’s rampant construction; Beauford Whiteside of the KAT maintenance department; and Safety & Training Manager Odell Draper, who has just been accepted into a prestigious training program run by the Washington D.C.-based Eno Center for Transportation.

After introducing and acknowledging each of them, Rogero handed the conference over to KAT Transit Director Dawn Distler, who enumerated a few more of the specific improvements that helped KAT earn this award, including the “Trolleys and Transit on Tap” program, a series of listening sessions meant to give riders the chance to voice their opinions regarding route layouts and services, and their new, more interactive website, which allows future riders to “build” their desired route virtually via a new “Trip Planner” application powered by Google Maps.

Distler also thanked various people and institutions that were instrumental in making these improvements a reality, including Rogero, the Knoxville City Council, Visit Knoxville, the KPA Board, and the city’s other infrastructural departments,