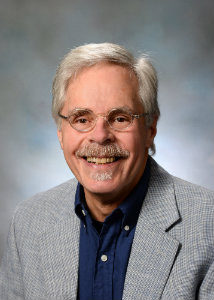 A laser focus on fundraising is at the heart of Dogwood Arts’ renewed hunt for an executive director since Tom Cervone left the job at the end of May, after a little less than two years.

Cervone says that emphasis, combined with some unexpected and growing family obligations, led him to resign.

“Dogwood really wants an executive director whose focus is as a fundraiser. I’m more of an operations guy and kind of a visionary guy,” he says, noting that unlike many established nonprofits, Dogwood has no development director. “I have done it and can do it,” he says, adding that he attracted some new donors. “But I think if that’s really the direction they want to go, they need someone who gets that from moment they walk through the door…. The last thing I ever want to do is get in the way of an organization’s growth.”

Cervone, who says he’s seeking another nonprofit management job, spent most of his career as managing director of the Clarence Brown Theater before serving brief stints directing the Tennessee Theater Foundation and the University of Tennessee’s professional MBA program.

“He is a great ambassador for the arts community,” Dogwood board chairwoman Janet Testerman. “Organizations go through transition a lot, and you use that transition as an opportunity.”

Now Dogwood Arts, which dropped “Festival” from its name last year in recognition of its year-round event programming, is hoping to find a replacement by the end of the summer, Testerman says. That person will ideally focus first on a strategic plan—including a fundraising and development strategy—and look at programming with fresh eyes, she says.

Testerman, who is about to end her year as chairwoman but will continue to serve on the board for at least another year, says she is not applying for the job. When asked if she had applied two years ago, she says she “did not go through the process.” She says the board has no preference between a local candidate or one new to Knoxville.

While Dogwood operated in the black in recent years—and still does, according to Testerman—it is working to build a cash reserve. It’s about three-quarters of the way to matching $50,000 promised by some larger donors as part of a campaign launched early this year, Testerman says.

Cervone says he did what the board asked of him, expanding Dogwood’s programming (like an Artitude fundraiser with the Cancer Support Community), developing relationships with other art organizations and nonprofits, and revitalizing volunteer relationships.

Cervone says he is also proud of convincing the city to provide more funding for Dogwood’s Art in Public Places program, which rotates sculptures through public parks, and netting Dogwood’s first grant from the National Endowment for the Arts.

He and Testerman say Dogwood has strengthened its relationships with local artists, adding that it held a successful forum for them to provide feedback last fall. But Dogwood is “on hiatus” from its partnership in the Knoxville Film Festival this year “for a number of reasons,” Testerman says.

The film festival will continue without Dogwood’s help in marketing, ticketing and acquiring sponsorships, says Keith McDaniel, who founded and ran the Secret City Film Festival until Dogwood’s previous director, Lisa Duncan, approached him about moving it to Knoxville. He says sponsorships have dropped a bit, but the number of entries has increased from last year and Regal will continue to offer its Downtown West Cinema as the venue.

Testerman says that in future years, Dogwood might be interested in reshaping its involvement in the film festival.