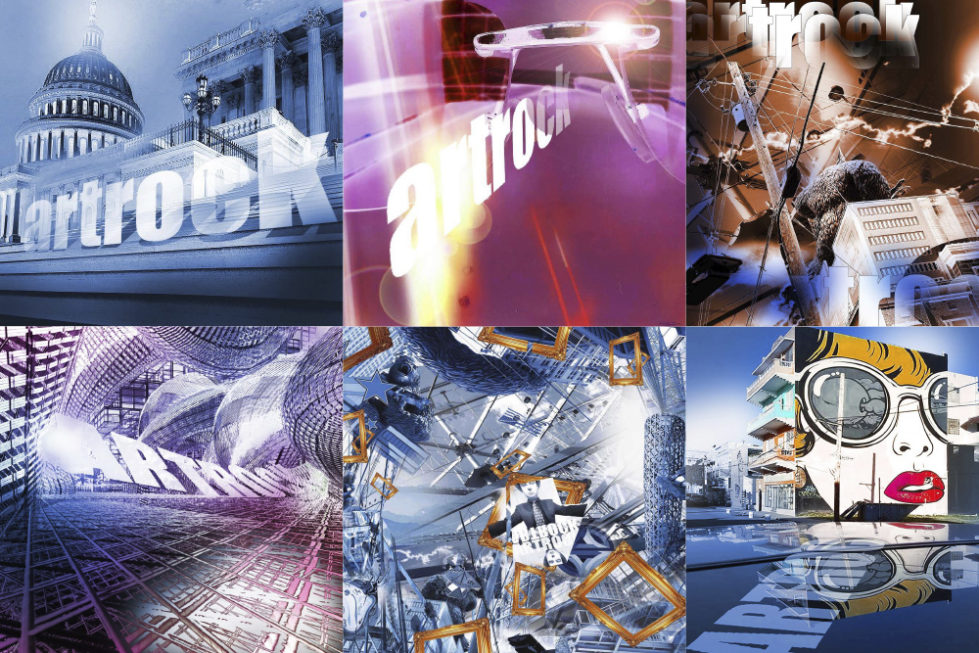 Albert Murrian’s new EP—the first of a series of three related releases planned for the near future—is called Artrock, and all four of its songs (“O Pablo,” “I Want an Andy Warhol,” “For Yoko,” and “Vincent Van Gogh”) are about artists. So it’s appropriate that the release show for the Artrock CD, at the Modern Studio this weekend, is actually kind of an art show. In addition to the performance by Murrian and his band, artwork by the local retired architect and designer David Denton will be on display.

“David has endless creativity,” Murrian says. “I never know what’s going to happen with him. I like having a collaborator who is so productive. He’s making more art than I can keep up with.

“I could give you a big pretentious spiel about this collaboration, but the truth is we are just good friends who like to make art together. It started with one photo shoot, and just didn’t stop. Eventually the art became as much a part of this project as the music. Creativity is the name of the game. Even my next-door neighbor, an artist named Liz Nagel, is designing some custom clothes for my concerts, which I think are going to raise a few eyebrows.”

Murrian’s local music career began more than a decade ago, with the mid-’00s teenage hard-rock/power-pop band 1220. He recorded Artrock with Alex Trammell, also formerly of 1220, and Matt Honkonen, of various local bands ranging from Llama Train and the Tenderhooks to Peak Physique. On the EP, they tread classic pop-rock territory—big melodies, lush production, bittersweet hooks, all of it sounding like part of a ’70s power-pop compilation or a soundtrack for a Wes Anderson movie.

A new version of Murrian’s band, called the Common Creatures—Trammell, Emily Force, and Andrew Tinsley—will debut at the Artrock release show. They’ll also be the band recording the second and third volumes of the Artrock series, which Murrian says will take them in new directions. But the subject will still be art and artists—Murrian says he has songs about Laurie Anderson, Jean-Michel Basquiat, and Henri Matisse.

“Having new musicians in the band will make Artrock 2 and 3 much different than the first installment,” Murrian says. “I hope to begin recording the sequels as soon as my new band plays some more shows.”

The Artrock release show will be on Friday, June 23, at 8 p.m. at the Modern Studio in Happy Holler. Admission is $10.