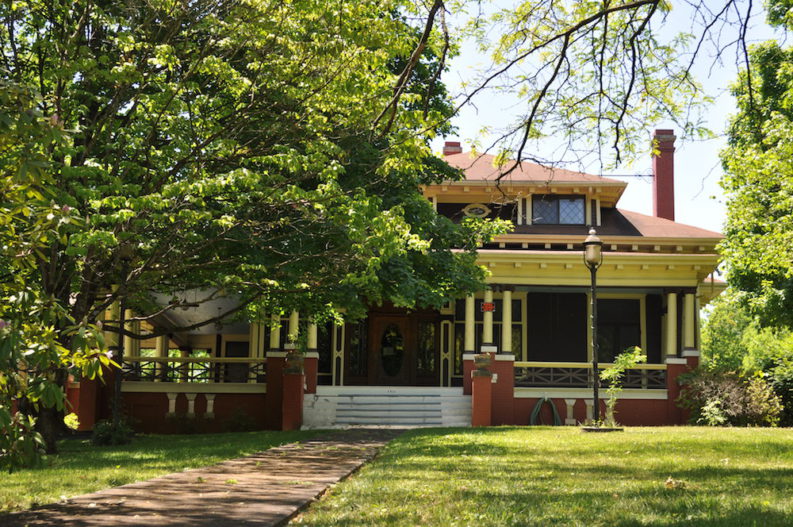 That’s how Kim Trent, executive director of preservation group Knox Heritage, describes the selling of the Howard House today. Purchased by local business owner Danny Harb, of HPV Video on Broadway, the historic house will be used as an office for Harb’s business, with future tours of the house made available to members of Knox Heritage.

Trent says she’s hoping Harb will agree to adding a historic overlay or preservation easement to the property to permanently protect it.

“Right now we’re feeling really good about it,” she says. “We have full faith in him right now and look forward to working with him as he restores the house.”

Speaking to the boom of development in recent years, Trent says she hopes this success on behalf of preservation will convince future buyers and developers to consider the city’s history as an asset to growth rather than a detriment.

“It’s an incredibly good sign for the city in general, because it shows that we have people who want to have growth and development, but understand that you can incorporate our history and our architectural heritage into that growth,” Trent says.“It’ll set the tone for development going forward for North Knoxville.”

The sale follows over a year of governmental and public anticipation over the fate of the 1910 historic structure, which was left in question after the 2014 death of its previous owner, Paul Howard, a former Knoxville City Council member. The house’s fate was nearly sealed in 2015 after Walmart Neighborhood Markets offered Howard’s heirs $1.27 million to demolish the house in favor of a parking lot, yet public outcry caused the developer to backdown.

The house become the center of debate between private property advocates and historic preservationists. Executor Nick Howard lambasted Knox Heritage after the organization helped thwart the lucrative, commercial sale to Walmart yet failed to immediately find a buyer. Nick Howard later tried to have the property zoned commercial, which was also opposed by neighborhood groups. The house was eventually listed for sale at $575,000. Harb purchased the house for $500,000.