In Knoxville, World Refugee Day is so big it lasts a week - The Knoxville Mercury 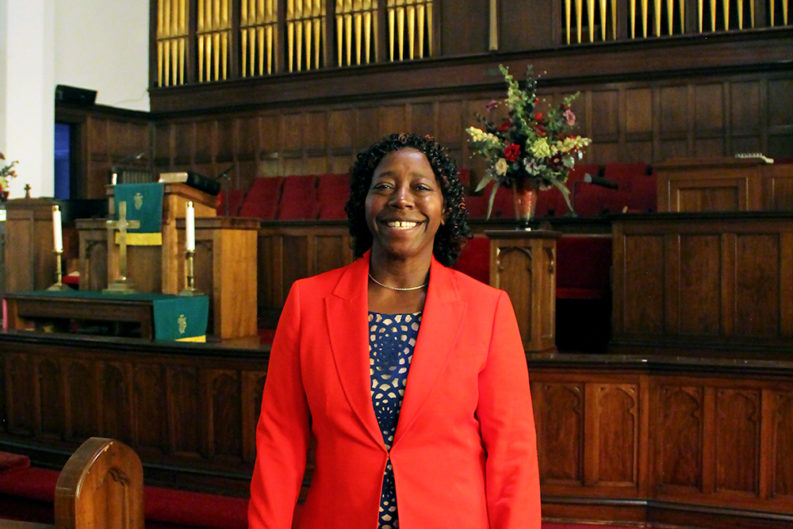 “Y’all means all” is the motto for Knoxville’s upcoming World Refugee Day and a week of films, games, and other opportunities to interact with local refugees. The festivities were planned by Bridge Refugee Services to celebrate the contributions of immigrants who fled persecution in foreign countries to resettle in Knoxville

The premier event is Saturday, when “new Americans” will join longtime Knoxville neighbors as well as special guest Jana Mason, senior advisor for external relations and government affairs from the United Nations High Commissioner for Refugees, for international food, dancing, and children’s games. The free festival will be held from 6 to 8 p.m. at the 3839 Buffat Mill Road offices of Bridge, the only resettlement agency in East Tennessee.

Bridge helps refugees find homes and work, learn English, and become involved in the community. Bridge had been approved by the federal government and the U.N. to place 245 people during this fiscal year, including an expected surge of refugees from war-torn Syria. However, President Donald Trump has several times since January issued executive orders freezing the admittance of refugees until his administration could revamp the vetting process, especially from countries where Islamic extremism is considered prominent. Although these orders have repeatedly been struck down by the courts, the administration’s approach has dramatically slowed the processing of refugee arrivals, and Knoxville has seen no Syrians resettled here, says Bridge executive director Drocella Mugorewera .

Mugorewera shared an update with the community at Bridge’s quarterly meeting last week: So far 102 refugees have arrived locally this fiscal year, with the greatest number coming from the Democratic Republic of Congo and Iraq.

Many local refugees were initially frightened after Trump took office in the midst of anti-immigrant rhetoric that led to isolated attacks on Muslims in other cities. In Knoxville, Bridge and its clients actually saw a surge in support, with additional volunteers lining up, fundraisers offered and a rally downtown drawing around 1,000 marchers showing solidarity with refugees.

At the quarterly meeting, Bridge shared the different types of support it has seen from local employers, like Monterey Mushrooms providing a refugee picnic and Dragonfly Arts offering 100 tickets for refugees to attend the circus.

Bridge has applied for a grant to have the Partnership for a New American Economy—a coalition of mayors and business leaders who support immigration for a diverse and flexible workforce—conduct a baseline study about the role of refugees and immigrants in the Knoxville economy. Bridge also has more immediate, continued needs, especially more private donations to cover activities for women, children, and youth; professional mentors for skilled refugees; and support for refugee entrepreneurs.

A series of upcoming events could help build relationships and further encourage refugees trying to assimilate into the community.

Sunday, a refugee soccer game including youth and adults will be held at Victor Ashe Park at 6 p.m., and all are welcome to come cheer the action. Monday, June 19, at 6 p.m. locals can meet and sip a latte with Knoxville refugees at Honeybee Coffee at 700 Sevier Ave. The Muse Knoxville (516 Beaman Street) will hold a free family film night with popcorn Tuesday at 6 p.m. featuring Lessons of Basketball and War, a story of refugees and their new lives. Limited seating is available so those attending are asked to sign up at Eventbrite.

Wednesday, a summer English Camp for children and their families will kick start with games, crafts and snacks at 6 p.m. at Norwood United Methodist Church at 2110 Merchant Dr. Bridge will hold a community open house at 6 p.m. Thursday, June 22, for community members who would like to learn more about the organization and how to get involved. An “open work space day” fundraiser will be held Friday, June 23, at The Hive (854 North Central St.) from 9 a.m. to 4 p.m.: Those who pay $5 at the door can work there all day or hold a coffee meet-up featuring Remedy Coffee and baked goods from Nourish Knoxville.

The same day, Mugorewera will team with the Compassion Coalition to offer a lunch and learn event about refugee resettlement at The Gathering Place Cafe in The Regas (318 North Gay Street, Suite 203), starting at 10 a.m.

Tootsie Truck and Erin’s Meadow Herb Farm are partnering to host a “Seasons in the Sun” fundraiser for Bridge on Saturday, June 24 in a garden in Clinton, with $50 tickets covering a four-course meal (details at https://www.facebook.com/events/1932918216993557/).

And June 25, Bridge is holding a Refugee Film Festival from 1:30 p.m. to 4:30 p.m. at the Knoxville Museum of Art. It will feature several documentaries, including a sneak peak of a PBS premier. The event is free but seating is limited and should be reserved via Eventbrite.