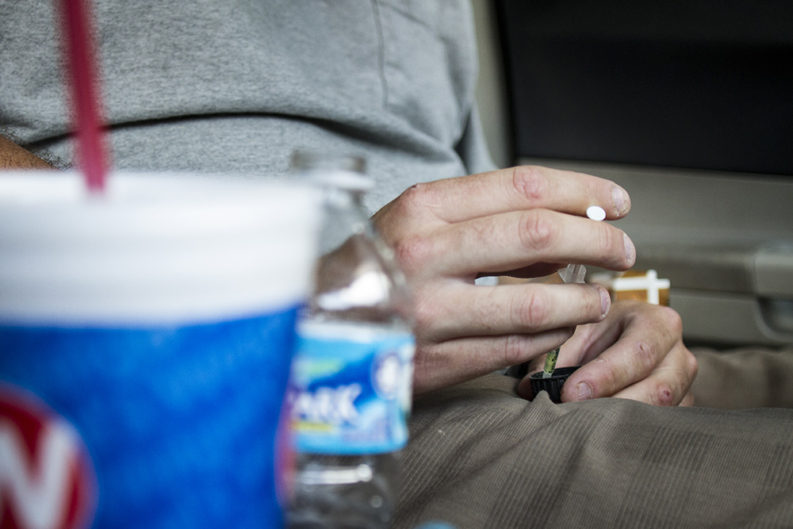 Three East Tennessee district attorneys are taking aim at major pharmaceutical companies they say are driving a major trend of opiate abuse and addiction through misleading ad campaigns and misinformation about their drugs.

This week the DAs filed a lawsuit against Purdue Pharma, Mallinckrodt, and Endo Pharmaceuticals—all major manufacturers and distributors of opiate-based painkillers—seeking money and a legal ruling to stop the flow of excessive amounts of prescription opiates from those companies to local pain clinics. Center Pointe Medical Clinic, a pain clinic in Kingsport, and two other pain clinic employees, are also targeted in the lawsuit.

“This is a crisis created by the pharmaceutical companies over decades and it’s going to take a lot of time, money, and effort to fix it,” says attorney Gerard Stranch. “The DAs in those nine counties, they’ve tried everything to fix this, but there’s only so much they can do. They’ve seen their communities ravaged by these epidemics. I know they didn’t file this lawsuit lightly, but they’re running out of options.”

The 87-page complaint filed Tuesday details the rise of prescription drug abuse in East Tennessee and nationally, chronicling its impacts on lives, families, and communities. One example given is an unnamed infant born addicted to opiates, a circumstance it says was made possible by irresponsible doctors and the wide availability of opiates in Southern Appalachia. “Baby Doe” is named as a plaintiff in the suit.

Baby Doe is a victim of the opioid crisis. He was born addicted to opioids diagnosed with Neonatal Abstinence Syndrome, and forced to endure a painful start to his life; crying excessively, arching his back, refusing to feed, and shaking. His mother, Mary Doe, did not start out as an addict. As a result of defendants’ fraudulent scheme, Mary Doe’s community in the Appalachian region of Tennessee was awash with opioids, fueling a dramatic increase in those exposed to and addicted to OxyContin, Roxicodone, Opana, and other opioids.

According to the Tennessee Department of Health, 12 out of every 1,000 babies born in the state in 2016 had Neonatal Abstinence Syndrome, a group of problems that occur when a newborn is exposed to opiates in the womb. In Northeast Tennessee, 58.6 babies out of every 1,000 had NAS that same year.

Previous reporting by the Mercury on the rise of heroin abuse in East Tennessee was cited in the lawsuit. Among them, research into Purdue’s past court cases and impacts of legislation and marketing efforts.

In the mid-1990s the number of opiates being prescribed began to rise. The American Pain Society, a professional organization focused on efforts to “reduce pain-related issues,” started campaigning in 1995 to encourage doctors to treat pain as the “fifth vital sign,” contributing to a shift in professional culture among doctors. The following year Purdue Pharma went on a marketing blitz after the Federal Drug Administration’s approval of its new pill, Oxycontin. Purdue spent $207 million on its launch and doubled its national sales force. By 2010 it was pulling in profits of $3 billion annually, court records cited by the Los Angeles Times show.

In 2001 Tennessee legislators passed the Intractable Pain Act, a law requiring doctors to either prescribe opiates for pain or provide patients with a list of places they could get the drugs, including pain clinics. When it was repealed in 2015, Sen. Janice Browling, R-Tullahoma, said the original bill had been “well-intentioned,” but was largely “based on intentional misinformation” provided by Purdue Pharma at the time. Its effects linger.

In a guilty plea stemming from a 2007 court case, Purdue Pharma admitted that “Purdue supervisors and employees, with the intent to defraud or mislead, marketed and promoted OxyContin as less addictive, less subjective to abuse and diversion, and less likely to cause tolerance and withdrawal than other pain medications…” As part of that plea Purdue paid $600 million in criminal and civil penalties, one of the largest settlements of its type in history, but only a fraction of its annual revenue from the drug.

In 2014 Tennessee ranked second in the nation in the number of prescriptions issued per capita, and third in opiate prescriptions, according to Centers for Disease Control and Prevention figures.