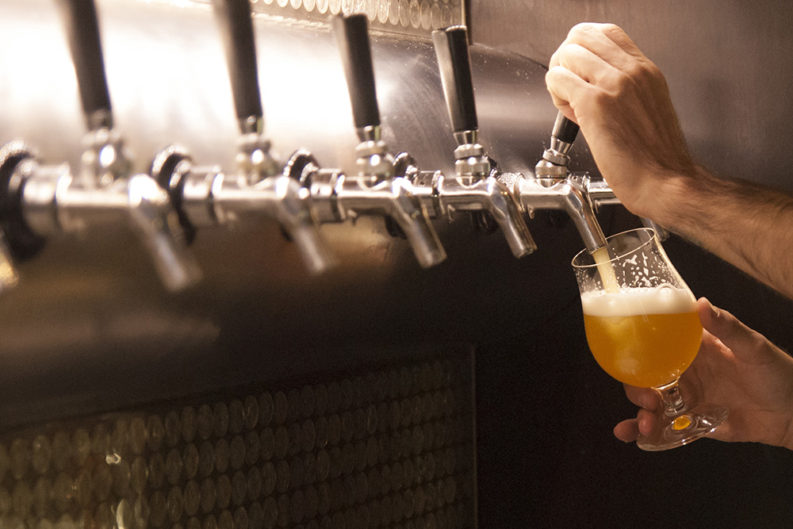 As we wipe away our foamy mustaches, Knoxville’s craft beer lovers are finding that the city’s recent craft beer explosion seems to be living up to the hype.

Although the plans for at least 11 new breweries to open in Knoxville over the past two years proved a little optimistic, nine have debuted in Knoxville and more are on the way. The city’s current total is 13, rivaling the nearby craft beer mecca of Asheville, which has 14 within the city and claims to host the most craft breweries per capita in the nation.

The difference here is that fewer of Knoxville’s brewers pour on premises, with some like Fanatic and Cold Fusion selling cans to stores or kegs to pubs rather than contributing to the scene directly – although they have plans to add tap rooms now that their brewing operations are well-established. And while not all breweries have been pouring themselves, Knoxville has gained some new pub/restaurants that specialize in local craft brews, like Sugar Mama’s and now Merchants of Beer, both in the Old City.

Some breweries long-planned for Knoxville that haven’t made it to prime time – Geezer Brewing, Chisholm Tavern, Hindsight and Scruffy City – haven’t abandoned the effort, and there are three more also in the planning stages now. (For more details, check out this week’s beer guide.) The unfolding scene has been focused in a corridor going north from Downtown toward Happy Holler, with some growing action on the south side of the river. Bearden will get its second single-location craft brew pub when Abridged starts pouring at a new brew pub on Kingston Pike this summer.

Craft brewing really took off in Knoxville starting a couple of years ago (see our 2015 cover story ) when the state reduced its beer tax and the city reworked its rules to make more locations eligible for breweries with tasting rooms. Some of those hopeful hop-fermenters have described encountering obstacles when it came to approvals of their equipment by the city’s codes crew, who were new to small-batch brewing and the differences between its demands and those of food prep. But those difficulties were resolved, and the city benefited with a spate of its first beer gardens where brews are often paired with access to a friendly neighborhood food truck.

Each brewery has its own original angle on the pour, so there are a lot of diverse options for quenching your thirst. Inside a faux castle, Schulz Brau just celebrated its first anniversary of pouring giant steins of beer adhering to the strict German purity law. Pretentious Beer Co. is ace at Belgian Tripels and also offers Kombucha, a fermented tea beverage. Really creative combinations of hops with herbs, fruits, ginger kick, and other surprises await at Crafty Bastard.

The local creativity has been fed by graduates of the professional brewing program at South College, many of whom took jobs at local breweries. That program’s former director Todd White has now opened his own competing Brewing + Distilling Center, making Knoxville a brewers’ training hub in the Southeast.

As hoped, an ale trail has been created partly through the efforts of the Knoxville Area Brewers Association, which was formed two years ago and now helps promote the breweries, share education among the brewers and facilitate collaboration brews for special events. The association encompasses some regional breweries outside the city, like Blackberry Farm and Gypsy Circus Cidery, plus folks in related businesses like Knox Brew Tours, which helps visitors connect the dots between breweries (and stay legal while doing so). Hop farming is also slowly gaining ground locally; there’s now an East Tennessee Hop Growers group which includes hop farms like House Mountain Hops, as well as hobby growers.

All these suds are seeping into the broader Knoxville culture, with events like last week’s Bike Boat Brew & Bark festival and activities meant to appeal to a non-beard-wearing audience (like Schulz Brau’s recent “filmnacht” featuring Beauty and the Beast in the castle).

Tonight’s your chance to drink a beer and play a pub game with many of the city’s brewers at a Hops and Hollers Brewers’ Challenge Kickoff Party for Craft Beer Week. Ask for all the creative details while you play cornhole, ping pong, bocce or chess (but if betting on the latter, you might want to go easy on the beer first).