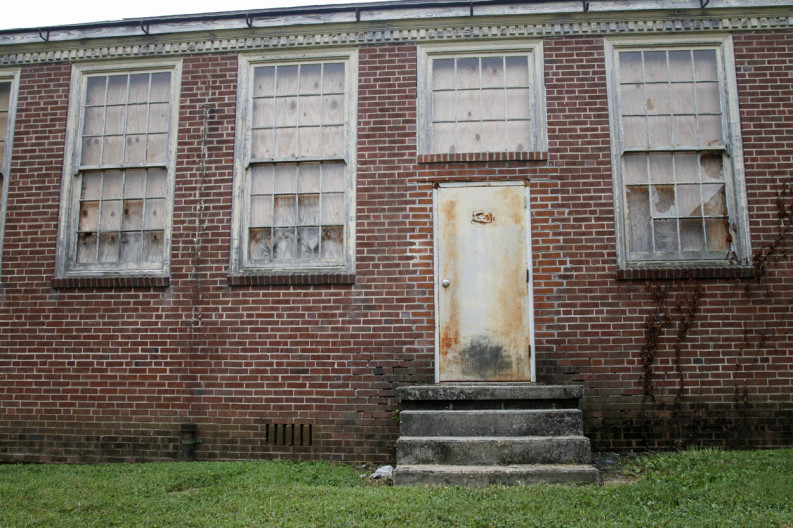 The windows of South Knoxville High School have been boarded up for more than two decades. Inside, bare girders cross collapsed roofs, allowing sunlight to shine into hallways and classrooms. Thanks to the efforts of Dover Development and the Knoxville city government, however, new life may soon be breathed into the crumbling structure, which has been empty since the school closed in 1991.

On Tuesday, Knoxville Mayor Madeline Rogero, alongside City Council member Nick Pavlis and Rick Dover, the general manager of Dover Development, marked the beginning of the structure’s anticipated $9.5 million transformation into a senior-living facility. Standing in front of a small crowd on the school’s front lawn, Dover outlined his group’s plans: 60 apartments, an Alzheimer’s care unit, and 35 permanent jobs.

Designed in 1932 by local architecture firm BarberMcMurray and finished in 1937, the 42,000-square-foot building has seen several different owners over the last 26 years. In 2015, City Council authorized the $190,000 purchase of the school, classifying it as a blighted property. Dover Development bought the property from the city for $1,000 last year.

“It’s such an intricate part of this community,” Pavlis said. “Thousands of people have walked through these doors and been educated here, and still obviously they didn’t want to see this structure go away. It’s just really meaningful to so many South Knoxvillians.”

Dover explained the need to start the project as soon as possible.

“The building is fragile,” Dover said. “Because of open roofs, and deterioration and rot … it was imperative that we go ahead and step in now and not wait any longer in order to stabilize the building and keep any further deterioration from degrading.”

Dover acknowledged that there are still several obstacles in the road to the structure’s recovery. According to Dover, a final design has not yet been completed, the final cost hasn’t been calculated, and the financing has yet to be closed.

Rogero, who herself lives blocks away from property and has witnessed first hand its deterioration over 16 years, made clear her support for the project and high hopes for Dover’s vision of the future.

“It takes people in the community, who understand the history and love the building, understand the impact and what it has meant in the past to this community, but also what it will mean for the future,” she said.

The project is scheduled for completion in 2019. Dover has performed similar projects repurposing and restoring historic buildings in the past, including the former Oakwood Elementary School in North Knoxville. Dover is also developing the Farragut Hotel and the Pryor Brown garage downtown.