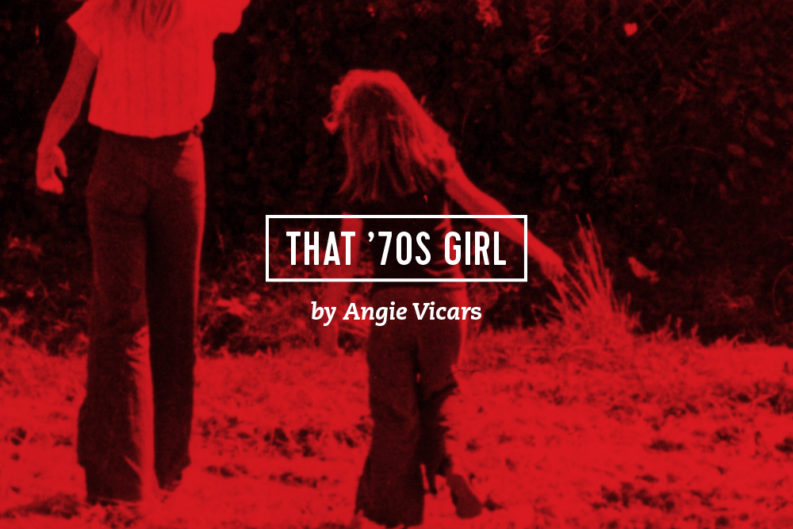 “You must have killed about 1 million fairies already today,” Chipper told me. “What kind of Girl Scout are you anyway? You’ll never get a merit badge at this rate.”

I was thrilled by this possibility. After I learned that whenever I put my elbows on the table at Camp Sky Wa Mo I squashed an imaginary fairy, I tried to eradicate all of them. But my killing spree didn’t cause the Girl Scouts to send me packing. The counselors made me kiss each fairy, flick it off my shoulder, and take three bites of all their awful food. At home, I survived on Oscar Mayer bologna, Velveeta, and biscuits from a can. The Girl Scouts made me eat split pea soup and broccoli casserole the very first day. I feared Brussels sprouts were next.

When my friends Laura and Martha suggested joining our town’s newest troupe, they promised fun in the great outdoors. But I was concerned. “What if we have to camp in skirts? And do we have to sell cookies we’d rather eat?”

“Other girls are doing it,” Laura reasoned, “so it must be cool.” It still sounded suspicious to me, but how bad could it be?

Girl Scouts had to walk to the outhouse together at Camp Sky Wa Mo. That’s how bad.

“I heard Evil Amy tipped it over on Wendy,” Laura whispered. “They had to dig her out with a shovel.”

The next morning, I waited until my eyeballs were floating before I woke Martha for an outhouse escort. “If Evil Amy is waiting for us, you’d better scream,” I told her. Martha’s scream got her in so much trouble when we were in kindergarten, the teacher sent her to the corner without a cupcake on my birthday (but that’s another story).

“I will scream loud enough to wake the Girl Scouts,” she vowed as the outhouse came into view.

I held my breath, raced in, and reached mid-stream in record time, but Martha’s blood-curdling scream sent me stumbling outside with my shorts around my knees.

“Where is she?” I blurted, falling against a tree. “Where is Evil Amy?”

“The world’s largest spider is about to go in there!” Martha yelled. She pointed at a granddaddy long legs crawling on the back of the outhouse.

“That’s not a real spider,” I told her, pulling my shorts into place. “Those things don’t even hurt people.”

Counselor Woodie came running up to us. “What’s wrong, girls? Did someone try to tip the outhouse again?”

Counselor Woodie’s concerned expression changed to looking like she wanted to snap a tree in half.

“Martha, you are banned from further outhouse escorts,” she said. “Angie, you’re sitting in a patch of poison ivy. Follow me to the clinic.”

Two days later I deserved a merit badge for scratching, but the Girl Scouts insisted that I participate in crafts class. Laura and I stared at our glob of clay while Evil Amy made a horse that looked real enough to ride.

“You two are pathetic,” she scoffed. “What is that supposed to be?”

“If it keeps raining like Noah’s ark, we’re going to need one,” Laura added.

“You can watch me ride away on my horse,” Evil Amy assured us. “If you want a canoe so bad, watch this.” She grabbed more clay and fashioned a perfect replica in minutes.

Counselor Jen finally looked up from her copy of Tiger Beat. “Wow Amy, you have earned a merit badge.” Evil Amy grinned like a possessed Girl Scout while we flipped her off under the table.

“Look what came in the mail,” Mom said when she and Dad got me at the end of the week. “It’s your very first Girl Scout order form.”

“I don’t want it,” I blurted. “I quit or resign or abdicate or something.”

“But you love being outside,” Dad said. “What’s wrong with the Girl Scouts?”

“They’re just too weird,” I said, “and camping sucks.”

Martha reminds me about this 40 years later when I invite her to our glamper with its built-in toilet. But when I pretend to see a spider, she still screams like a Girl Scout.