All Out Knoxville connects local LGBTQ communities - The Knoxville Mercury 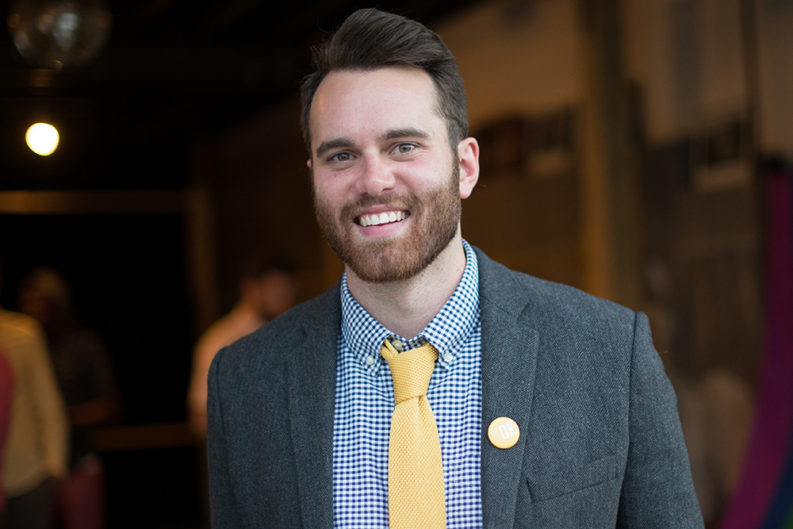 Shannon Herron is president of All Out Knoxville, a social organization focused on providing the LGBTQ+ community with opportunities to connect with and support one another. The group, launched in April 2016, attends events from tailgates to yoga classes in numbers and raises awareness about events like Knox Pride’s Parade and Pridefest on June 17. Herron is a lifelong Knoxvillian who works as a designer and attended the University of Tennessee for both undergraduate and graduate degrees. He shared some details on how AOK raises visibility and promotes diversity in the community—and how the group encourages LGBTQ advocates to enjoy the lighter side of living in Knoxville.

Is AOK political at all?
We have partnered on events with more political organizations, primarily the Tennessee Equality Project, but we are not politically focused ourselves. We joined TEP in hosting the very popular LGBT Alumni Tailgate at UT, for example. AOK members also hand out information about TEP at a Market Square Farmer’s Market booth. But AOK is primarily here to provide social events for LGBTQ+ people apart from advocacy, or in addition to it. We want to give community members a way to come together in a way that’s not quite as heavy—more lighthearted, more fun. 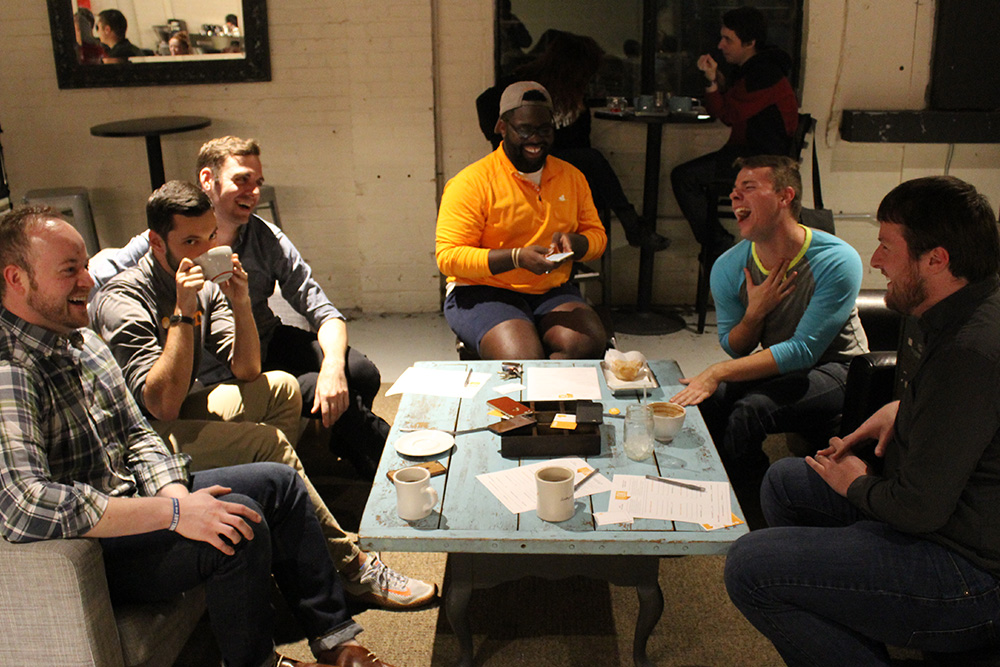 How and when did you choose your mission?
I designed the framework as a part of my thesis project for the master’s of fine arts program at UT. There are so many amazing people and organizations already doing great work in our city and I wanted All Out Knox to be a place that brought all of them together. We also have an online platform—alloutknox.com and all of our social media accounts—that are safe spaces for those people who may not be ready to attend an event but want to stay connected and up to date with the community in a way that feels right for them.

Has your approach changed since the presidential election or recent Tennessee legislation that impacts LGBTQ citizens?
The legislative matters have definitely made the work we do even more important. And since the election, I’ve seen our community come together in a way that it hadn’t before. Divisions within the LGBTQ community have started breaking down; there are now more gay men’s groups working with lesbian women and transgender people and allies. A lot of us were kind of siloed before the election. I think since then we all kind of realized how important it was to provide a united front, to let people know we’re motivated, we’re powerful, and we’re not going anywhere. I’ve also seen a ton of community businesses that don’t typically interact with the LGBTQ community stepping up. We support TEP on the Tennessee Open for Business initiative, for example. Basically, TEP gives businesses a sticker to put in the window that indicates they are open and do not discriminate. I’ve seen a lot more businesses show their support with that sticker since the November election.

What is a crucial goal for AOK?
It’s really easy for us to stay inside our comfort zones, surrounded by people who look and identify the same as we do. I don’t think we’re going to make the kind of progress we need to make in Knoxville until we all start working together. As a white gay male, my network consisted of mainly other white gay men, so in creating AOK we’ve been working hard to encourage participation from members of the community who identify differently. 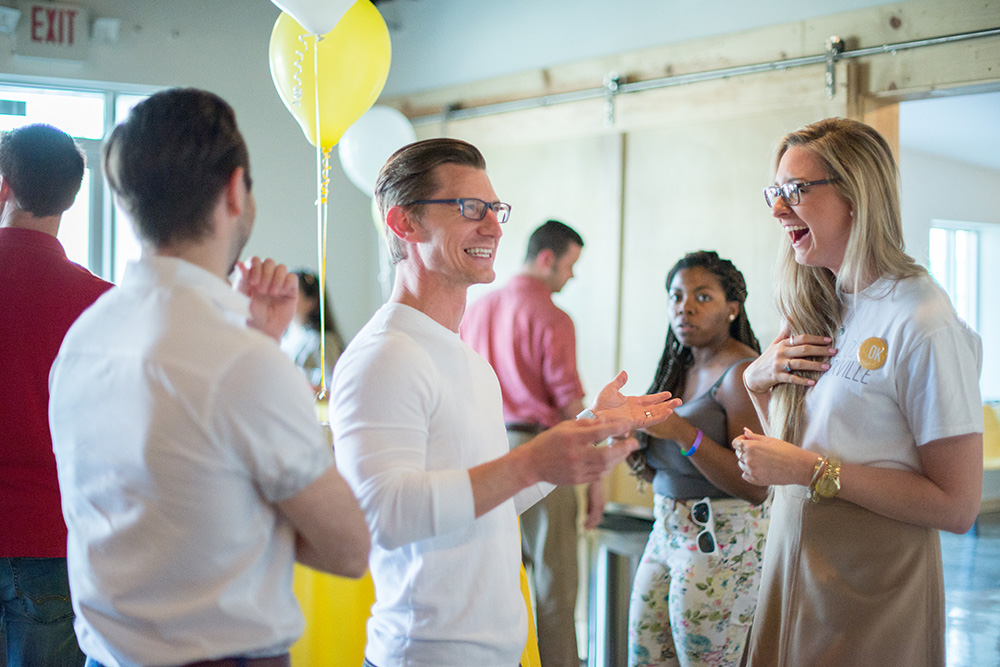 Which Knoxville attitudes are most difficult to overcome?
There is a real disconnect between perception and reality of the LGBTQ community in Knoxville. My family is a good example. Before I came out, I don’t think my parents even realized they knew other gay people. They suspected at first that I might now start dressing as a woman. It really hit them that someone that they loved and knew so well could also be gay.

A lot of people in this area get their ideas about LGBTQ people from the media and television shows. Members of the LGBTQ community come in such different shapes and sizes, but if you only know people from television you’d expect everyone to act like Jack on Will and Grace or Ellen DeGeneres. Even as a college student, I didn’t know any older or established LGBTQ people, or community leaders. One of our main goals is to become more visible, show that we’re business owners, young professionals, community leaders. And we’re ordinary people who just want a place to be happy and call home, a place where we feel welcome and affirmed.

Was the first event scary to anticipate?
I was apprehensive about a lot of things as I was starting AOK: What if no one agrees to host an event? What if no one comes? What if there is backlash from the community? But I have been met with nothing but support, sometimes overwhelmingly, from everyone I’ve reached out to. Knoxville is full of amazing people and local businesses that are so willing and excited to help if you just ask. 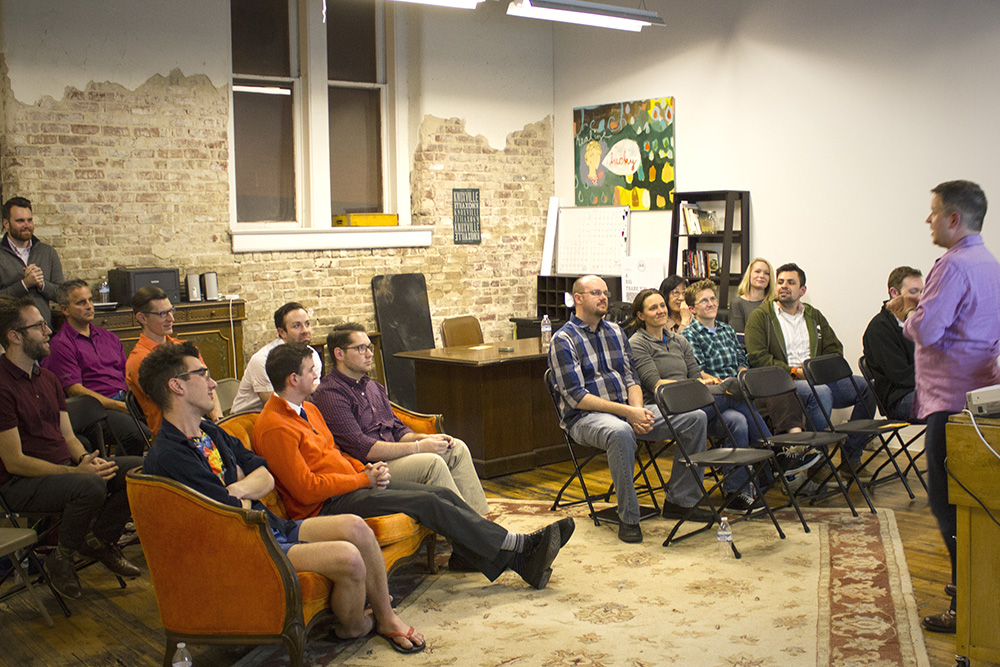 Why have you stayed in East Tennessee your whole life?
I realize there is seemingly so much more opportunity for—and acceptance of—LGBT people in larger cities. But I love this city and its people so much and couldn’t imagine living and working anywhere else. Knoxville has everything I’m looking for as a young professional who enjoys the outdoors, craft beer, live music, art, and being surrounded by a community of creative and passionate people.

I think staying here and being out, proud, and visible is so important. If every LGBTQ person who grows up here or attends school here leaves, who is going to be around to build up and support the younger LGBTQ generation?

Was it tougher to find the good here as a gay kid growing up?
I didn’t come out until after starting college in 2008, so I didn’t have the negative experiences a lot of people did in school. I was a very flamboyant child, so I think other kids sensed I was gay before I knew it. There were definitely a few mean kids who would call you gay and other names.

I grew up in your typical conservative Southern Baptist family and, as you can imagine, that came with its own unique set of struggles when I was ready to come out. One of my parents’ biggest issues was whether my identity as a Christian and as a gay man could coalesce.

We’re learning more about each other, growing as a family, and figuring it out as we go. I have a beautiful niece and nephew and am so lucky to be able to spend time with my family almost every Sunday. Acceptance doesn’t happen overnight, but the journey is definitely worth the fight. And I realize I am blessed with a family who love me and quietly support me—that’s not something every LGBTQ+ person can say. 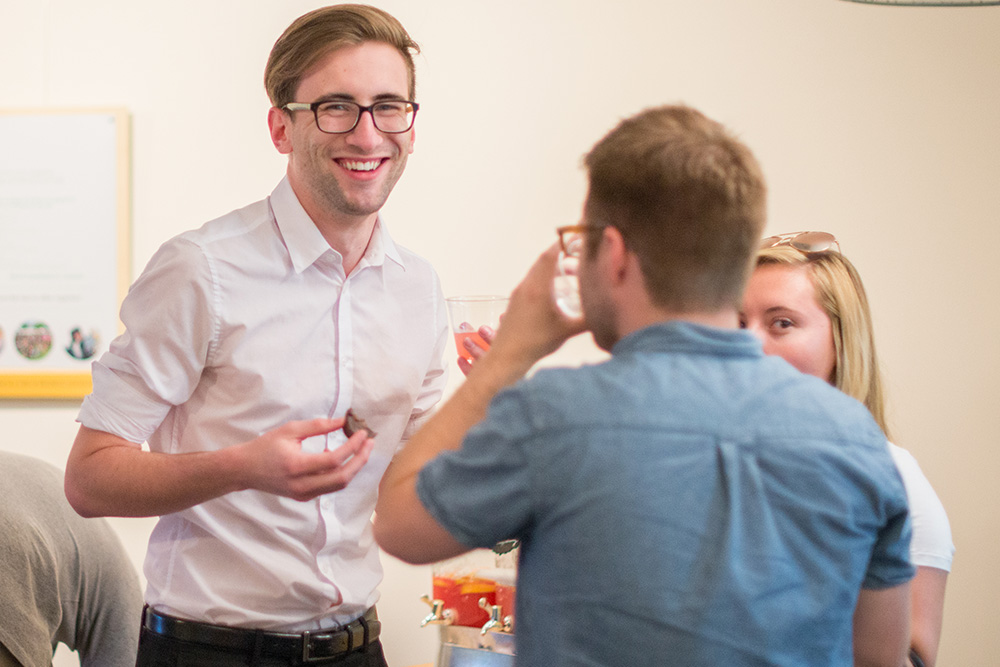 Are people surprised to learn that part of your mission is to improve the entire city?
I suppose people don’t always realize that support and appreciation for diversity benefits everyone. It makes the city a more desirable place for visitors who bring money into our economy, for example, and a lot of research shows that increasing diversity contributes to increased productivity and creativity in the workplace.

How would you define success for AOK in 2017? In the next 5 years?
For this year, I am aiming for increased attendance at our events—and greater diversity within that attendance. I want to make our website as comprehensive as possible, too. Over the next five years, I would really love to start working with the city of Knoxville to help promote and increase LGBT tourism to the area. I think there is so much potential for Knoxville to be a destination for LGBT tourists, similar to places like Asheville, Nashville, and Atlanta. It’s just going to take a conscious effort on all our parts to make it happen.

• Monthly networking and socializing opportunities to bring the LGBTQ+ community together and foster relationships among members.

• Workshops and volunteer activities that get members involved and increase positive representations of the LGBTQ+ community.

Know someone doing amazing things for the future of Knoxville? Submit your story suggestions to editor@knoxmercury.com
Contact us for sponsorship opportunities: charlie@knoxmercury.com