Wonder Woman: A Hero for Our Time - The Knoxville Mercury 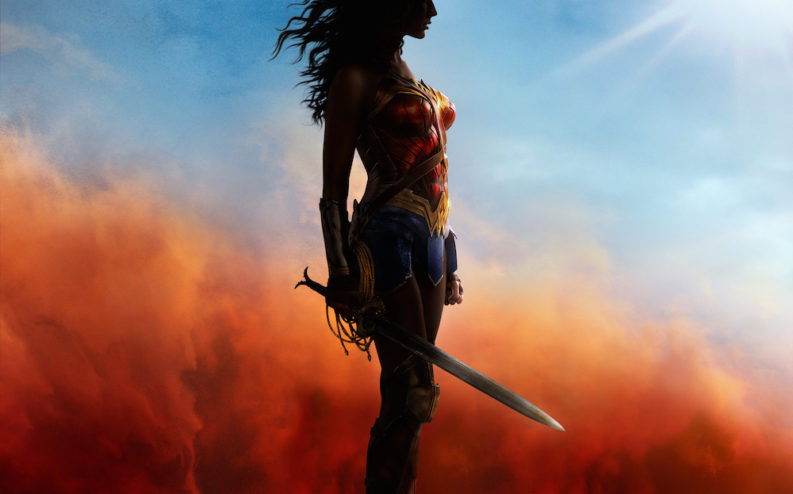 Wonder Woman, directed by Patty Jenkins (Monster), is likely to be the best-reviewed DC film since The Dark Knight, in 2008. But what will give this movie a place in history is that it is the first of its kind: a superheroine movie. It’s also the rare comic-book blockbuster that stands for something bigger than itself.

Without the earnestness of Gal Gadot’s performance, Wonder Woman’s idealism could easily come off as naïve or annoying against the brutal landscape Jenkins paints of a world at war. DC has a habit of creating grim scenes without substance, but here, juxtaposed with Diana’s idealism, it works. She becomes a beacon of hope who’s only goal is to save the world and everybody in it.

As she walks through the front lines of a World War I battlefield, the pain on her face is clear.

“We can’t save everyone in this war—it’s not what we came here to do,” says Steve Trevor (Chris Pine).

Diana’s response? “But it’s what I’m going to do.”

In her victories, she is humble, sharing credit for her accomplishments with the team assembled by Trevor, who is equal parts sidekick, comic relief, and foil to Diana’s brazen courage.

Diana’s utter disregard for the gendered norms of the world she enters is refreshing, and applicable in both modern times and the 20th century it’s set in. She enters every space with confidence, and not once is a female body subjected to the male gaze. In fact, the first 20 minutes of Wonder Woman features exclusively female bodies in action: running, fighting, and playing like their male counterparts do.

The true conflict of the story is the clash of Diana’s idealism with the brutality of the war-torn world she enters. Her mother, Hippolyta, warns her against leaving Paradise Island, because she believes humanity does not deserve her. Diana believes that the violence she’s encountered is only because all are under the spell of Ares, the god of war. But in her final showdown with Ares, she realizes the truth: Ares may inspire them, but people choose to act on that inspiration. Ares wants to wipe the earth of humanity for that reason, and he asks Diana to help him.

At the start of the film, Diana believed all humans were good, and she must come down to save them from gods like Ares. But her battle with Ares teaches her that inside each one of us, is both dark and light, and we must make a choice which rules our hearts. Only love can truly save the world, and she will continue to fight and give for the world she knows can be.