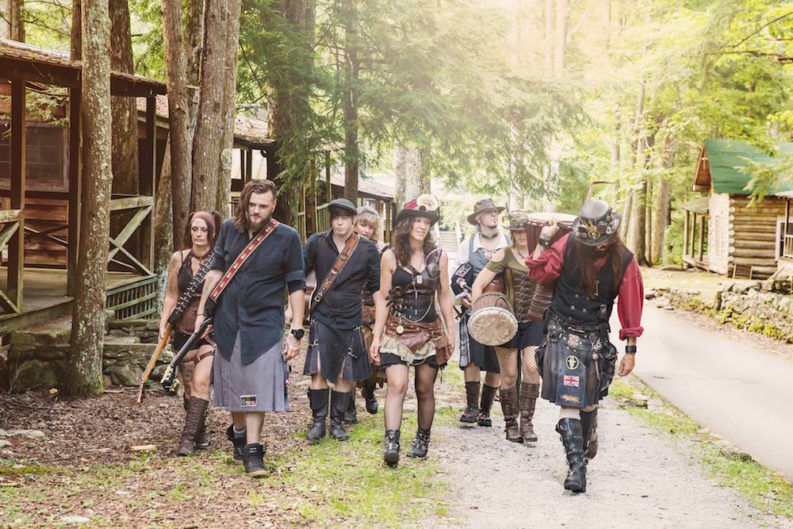 The Gatlinburg band Tuatha Dea (the name is an adaptation of the ancient Gaelic phrase that refers to the pantheon of pre-Christian Irish deities) plays a loosely traditional brand of Celtic music—the eight-member tribe incorporates decidedly nontraditional instruments (djembe, various hand drums, didgeridoo) and pop and rock influences in its take on traditional Irish and Scottish music. The band’s repertoire includes trad Celtic classics like “Danny Boy” and “Whiskey in a Jar” as well as traditionally styled originals (and a few songs that don’t really fit into the Celtic mold at all).

Tuatha Dea will release its fifth album, Kilts and Corsets, this weekend. They’re playing a release show at Open Chord Music (8502 Kingston Pike) on Saturday, June 3, at 8 p.m., with opening acts the Night Travelers and Zoë Nutt. Here’s a preview of the album, in the form of “Appalachia Burning,” a big, melancholy song inspired by the 2016 wildfires that devastated Sevier County, written while the band was stuck in a hotel room during the evacuation.

“From our perspective it is a song of tragedy but also a song of hope,” the band says.