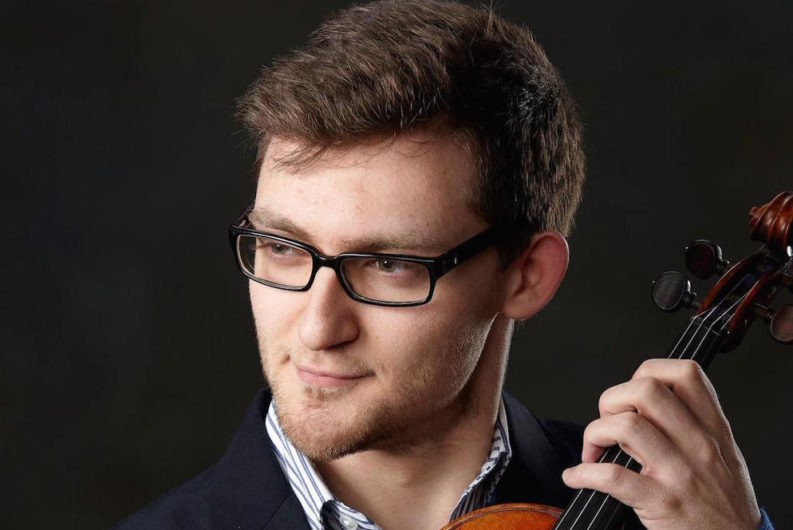 Gabriel Lefkowitz’s recently ended tenure as the Knoxville Symphony Orchestra’s concertmaster coincided with an exciting era for local classical music audiences. The 2010s have been a period of increasing instrumental polish and expanding opportunities—as KSO has established itself as a top-flight regional ensemble, there has also been an explosion of small-group performances in the area. Lefkowitz, as concertmaster since 2011, played a role in both.

“Lefkowitz’s presence and leadership in the KSO’s first chair have been an obvious inspiration for his fellow players,” Mercury classical music critic Alan Sherrod wrote in his review of Lefkowitz’s final KSO concert in March. “His energy seemed to translate into new energy for the orchestra. His confidence was contagious, showing up as a newfound sparkle in the orchestra’s work as an ensemble.”

Now that Lefkowitz has officially headed off to fill the concertmaster position with the Louisville Orchestra, KSO has selected William Shaub as his replacement.

“William Shaub distinguished himself as a superb, sensitive musician and a thoughtful, nuanced violinist whose leadership will continue to strengthen the KSO’s already excellent string section,” KSO music director Aram Demirjian says in a press release sent out today. “He is a great communicator and creative programmer who will bring a new, fresh perspective to our Concertmaster Series. William is also a devoted, caring person who quickly won over his new colleagues in the KSO. He is ready to invest in our community, and I know Knoxville is going to enjoy getting to know him as much as we all have already.”

Shaub, 25, received bachelor’s and master’s degrees at the Juilliard School. He’s performed with the Canton Symphony, the Spoleto Festival USA Orchestra, the Music Academy of the West Festival Orchestra, and the Juilliard Orchestra. Most recently, he’s been concertmaster at Rice University’s Shepherd School Symphony Orchestra.

Shaub’s youth and his forward-looking approach to music appear to fit with Demirjian’s plans for the near future of the KSO.

“The KSO Concertmaster Series represents a space for creativity and musical collaboration between our incredible audience, our musicians, and myself,” he says. “I am looking forward to programming powerful music and embarking on intellectually curious journeys through the series.”

Shaub’s audition included a guest performance—Sherrod described his solo on Peter Maxwell Davies’ 1984 piece An Orkney Wedding With Sunrise, as an impressive one—at the same concert where Lefkowitz said goodbye.