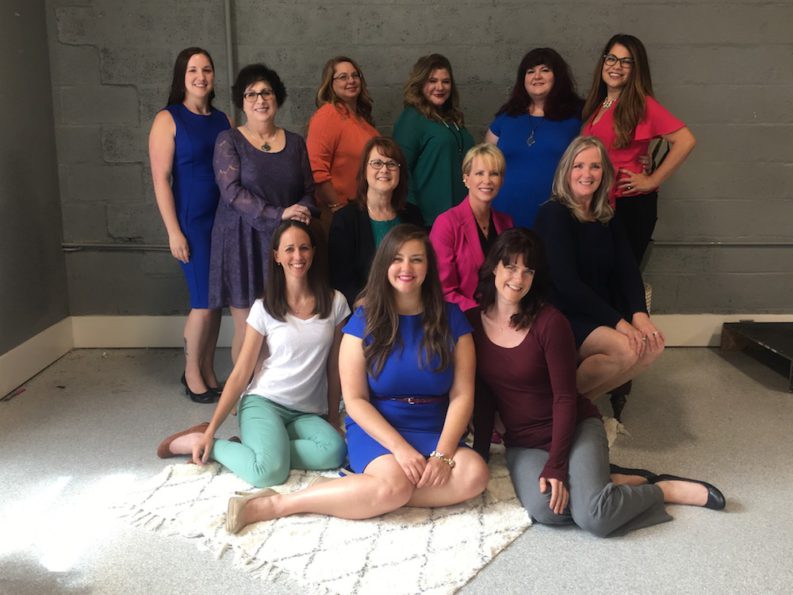 Burke Brewer says that she learned at an early age—volunteering at Lakeshore Mental Health Institute—that those with disabilities are often segregated and treated differently. The realization spurred her to graduate from the University of Tennessee with a master’s degree in counseling and to pursue a career in disability advocacy, eventually working in Tennessee’s Vocational Rehabilitation (VR) Services program as a job-placement counselor. But that exposure to bureaucracy almost made her leave human services altogether—until she decided to start her own agency with its own approach to helping those with disabilities find jobs.

Work Matters launched in January 2016 as a solo business; now it has a staff of 13, nine being counselors or special-education teachers licensed in the state of Tennessee. As a for-profit vendor with the VR program, Work Matters receives referrals through the state and is currently serving 50 adult clients. But this summer, armed with a Workforce Innovation and Opportunity Act grant, the agency will soon be launching free “camps” for students with disabilities, age 14-22, to receive job-skills training; parents can apply on the Work Matters website. It’s the first step in the agency’s quest to bring its free training directly to East Tennessee school systems, helping prepare students for life after high school.

To learn more about Work Matters’ Career Exploration Camp, the Work Matters staff will be available for questions and assistance at its School’s Out for Summer Celebration, Tuesday, May 23, 6-9 p.m. at Modern Studio (109 W. Anderson Ave.).

How is what you do now different than what you were doing as a state job-placement counselor?
I think the biggest thing is that there’s a partnership between me and every client—they have my cell phone number because I’m not a state employee. I have more time for them, there’s more of a bond that happens that makes the process a lot easier. Before, [working] with all of these rules set in place, you’re not really able to help people in the way that sometimes you have to. Often times, getting a job is not the big issue. It’s all the other life pieces around it, but as a state employee you’re being looked at for how many people you’ve helped get a job. Well, you have to help the person first, and then the job works out. And so, the change in the service model of not being so numbers-driven and more being people-driven is probably the biggest difference.

How does Work Matters avoid becoming “numbers-driven”?
I think it’s more being counselors and advocates. It’s saying that these folks deserve to have their stories told and be heard and known in the community, and that we’re there to help them achieve all of their goals rather than just plug them through a system or put them in a job where they won’t be happy just to get our numbers. We also don’t have placement goals, so we want happy, successful clients. I don’t impose [quotas]: “Oh, you have to have 10 successful placements by the end of the year,” because that never worked for anybody. It’s really been a matter of seeing how things are done and then saying, “That’s stupid; we should do it this way,” but never being in a position to do it the other way until now. Sometimes you have to create your own thing to be able to do that.

Unlike other agencies, Work Matters markets itself via social media even though it gets its clients through state referrals—why?
The model is so antiquated that if you help folks with disabilities, you do that sort of in a shroud of darkness and no one knows about it until a Facebook video pops up that gets two million likes: “Wow! These people can get jobs.” Historically, people with disabilities who are looking for work have been sort of kept in the dark—we don’t see them, and we don’t know where they are; the agencies [that help them] are nonprofits, so they’re not really marketing their efforts. It’s kind of this weird, hidden thing that has existed for decades, and part of what we’re trying to do is bring more light to it and more dignity to it. Not everyone with a disability wants to roll silverware and wash toilets. These individuals have goals and dreams and families—or want to have families and want to buy houses and want to have lives just like the rest of us. We need to show the public who we work with and, you know, that they exist.

What’s an example of how Work Matters placed a client?
I had a client in Union County who was actually trained as a phlebotomist. There’s not a lot of opportunity out there, so she was driving to Knoxville. She also had some physical disability issues; the shifts were long, and she was having a lot of pain due to her disability. We ended up finding something just next to her house: working in the library. She had been volunteering in the library and teaching adults reading, and a position came open through a sixty-plus program out there. She can now walk to work. She loves her co-workers. She is teaching classes. She’s doing all sorts of things with children and adults out there. That was one where, originally, the model would have been, “She’s trained as this. This is what she’s always done. This is what we should find.” We did that, maybe for the first six months, and then there was a pivot of, “Okay, is this actually going to work for her long-term? Instead of going with the job goal that’s on paper, why don’t we look at something more holistic?”

How do you go about engaging prospective employers?
Usually what we do is we empower our clients to do that for themselves. If I go into a business and say, “Hey, I’m working with somebody,” it automatically discloses that they can’t do that for themselves, which discloses that there’s something that’s keeping them from being able to do that. Oftentimes, it discloses a disability right off the bat, and some of our clients don’t want their disability disclosed or they don’t need an accommodation, and so they don’t need to mention it right then and there. So usually our approach is to basically work with the client and say, “Okay, where are you interested in working? Which employers have sort of stuck out to you? Do you have any contacts there?” Oftentimes, we will find the contact for them, but we will coach them how to go in and do that for themselves because it’s not realistic that we’re going to be able to do that for them all the time, especially after they’re hired somewhere. Once they leave us, we have prepared them fully, so once they leave that job, they can just replicate what we taught them how to do.

Your next goal is to bring job-skills seminars to high schools via federal grants—but you’ll probably have to revisit some unavoidable bureaucracy…
It [WIOA] is a federal mandate and we’re ready to go. State, county, the bureaucracy will not stop us from reaching these kids. They’ve been [an] underserved and underrepresented population for a long time, and we’re kind of all fed up with the red tape and all the nonsense. It’s available, and parents were just shocked that they hadn’t heard about it, which is good, because if they go back in the fall and are talking about it, that’ll do more than me getting huffy and puffy about it!