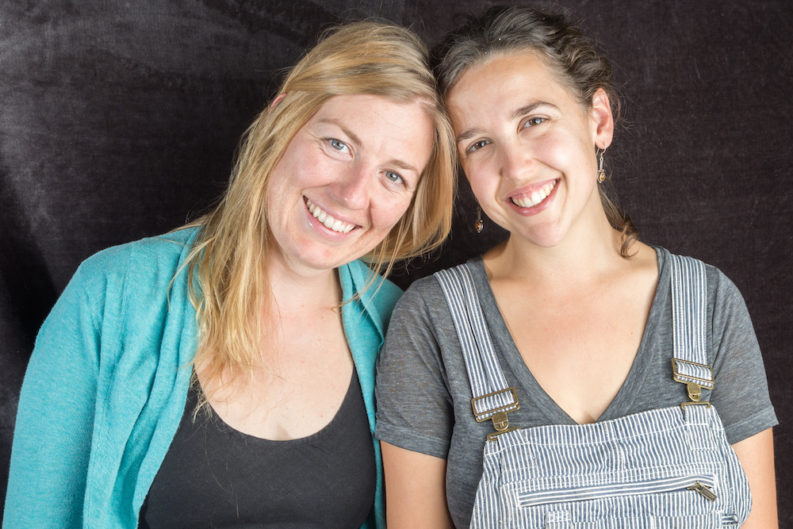 Cattywampus Puppet Council began in the summer of 2014 as a papier mache puppet-making collaboration between Knoxville-based artists Rachel Milford and Shelagh Leutwiler. After making several large puppet heads together and taking them out on the streets of Knoxville, Rachel and Shelagh were commissioned in the fall of 2014 to create a show for the Dogwood Arts Festival. Multiple artists and community members joined in the process of creating this show, playing music, puppeteering, and assisting in the making of sets, puppets, and other props. Through this process, a collaborative team emerged, and the Cattywampus Puppet Council was born.

These shows have been performed at venues such as Ijams Nature Center, Dogwood Arts Festival, Pilot Light, and Modern Studio, as well as at various festivals, such as LEAF Festival (Black Mountain, N.C.), Pickle Fest, Vestival, and others. Although Rachel and Shelagh remain the primary artistic directors, they continue to bring in various artists to help them create and perform.

This weekend, The Cattywampus Puppet Council will be putting on a parade for Knoxville’s Open Streets festival. The Appalachian Puppet Pageant will be Knoxville’s first giant puppet parade, enabled by a Burning Man Global Arts grant. (Note: Milford and Leutwiler answered our questions collectively via email.)

What makes the issue of “play” so important to you?

We believe that play and art are basic human rights and are integral to the health of our communities. As the field of play science has taught us, play is essential for cultivating problem-solving skills, adaptability, creativity, and emotional intelligence, not just as children but throughout adulthood. Play is how we connect with one another. It helps to make us more human.

The very first puppets we ever made were our Grandma and Grandpa heads. When we first started wearing these characters out and about in Knoxville, bustling around the city, we were amazed by the joy and laughter we witnessed through our tiny puppet eye holes. Everyone, child and adult alike, wanted to play with Grandma and Grandpa! This ability to bring art and whimsy to the streets, to engage people in play and magic, immediately struck a chord in both of us.

We saw how bringing art and theatre to the street could transform public spaces and create new possibilities. How it could lift both participants and viewers, particularly adults, out of the work realm and into the play realm, where joy and the impulse to create dwell. We witnessed play and art’s capacity to bind people together, to promote connection and a sense of community. This eventually became our organization’s mission: to cultivate community and promote play through the puppetry arts.

For us, creating and facilitating Knoxville’s first giant puppet parade is an exciting new venture, as it will bring art to the streets of Knoxville in a whole new way. Community members will be the driving force of creating this living, breathing art exhibit, crafting both individual and collaborative works of art and then joining together in celebration in the streets. We are particularly excited about the intergenerational aspect of this parade and the opportunity it will provide for the community to cultivate their imaginations and connect with one another through play. Giant puppets, especially ones on parade, are also an affordable and accessible way to make and/or experience art. We feel that now more than ever, this form of collective, public play and storytelling can promote life, cultivate empathy, and connect us amidst the destruction, hate, fear, and violence pervading our world.

How did this idea come to you?
Giant puppets are by no means new and the history of giant puppet parades is a long and beautiful one. The use of big puppets and puppet parades as a form of collective play, storytelling, and social justice activism has been growing all around the United States over the past 50 years, much in part to the work of Peter Schumann, founder of Bread and Puppet Theatre. Schumann founded Bread and Puppet in 1963 in New York when he started using big puppets, mostly made out of papier mache, cardboard, and other upcycled materials, in pop-up street performances and protests. Later the troupe moved to Vermont and has since become a learning center for many budding puppeteers, including Rachel’s mentors, Jan Burger and Donovan Zimmerman, founders of Paperhand Puppet Intervention in Chapel Hill, N.C.

Inspired by the power that large puppets can bring to a public space, puppet troupes soon began hosting parades around the country as opportunities for their communities to come together and share their stories through visual art. One of our favorite parades, the May Day Parade, is hosted by In the Heart of the Beast Puppet and Mask Theatre in Minneapolis, Minn. It is now in its 42nd year and has become an annual ritual for the Twin Cities.

The desire to host a giant puppet parade in Knoxville came from Rachel’s experience being a part of such parades in other communities around the country and seeing the incredible impact they can have on a community. Our puppets are made in a similar vein to the ones of Bread and Puppet, who referred to this medium as “cheap art.” These large papier mache puppets are primarily made from materials most people just throw away, such as cardboard, recycled house paint, bamboo, and brown paper bags.

Cattywampus makes most of our giant puppets by first sculpting a detailed head with clay and then using that as a base to papier mache over. We then use bamboo rods, external backpack frames, foam, fabric, and other materials to create the body of the puppet. Each giant puppet is completely different though and usually becomes a creative problem-solving exercise, as we explore different materials and styles of construction.

What are your larger goals for Cattywampus?
Cattywampus Puppet Council hopes to make this parade an annual event, using art as a vehicle and opportunity for the community to come together to play, make, and build relationships with one another.

During the fall of 2016 and these past five months leading up to the parade, Cattywampus Puppet Council has hosted six “Giant Puppet Making” workshops for adults, as well as mentored multiple community groups, helping them one-on-one to build creations for this parade. These groups include the Vestal Boys and Girls Club, the Birdhouse Community Center, Carpetbag Theatre, and Centro Hispano, among others.

Our hope is to increase community ownership and participation in next year’s parade even more through offering open studio hour times, additional workshops, and hopefully creating a parade organizing committee. We’d love to see the parade continue to grow and grow, becoming its own annual ritual for the city of Knoxville. As part of this goal, Cattywampus Puppet Council hopes to acquire a studio space to create and store parade puppets in, as well as host these workshops.

What led you to decide on a theme of “synergy” around the Appalachian Puppet Pageant?
The word synergy literally comes from Greek roots meaning “working together.” It’s defined as the creation of a whole that is greater than the sum of its parts. In the living world, synergistic relationships create new possibilities and properties emerge that could never have been predicted and that the individual parts did not possess. This magic quality of synergy is one of our favorite aspects of building giant puppets. Making a giant puppet is an innately collaborative process, requiring hours and hours of construction and multiple hands to both build and operate. Even when we start with a fairly clear design, the end product is always different than what we expected and has the imprint of every hand that has created it.

We wanted this year’s parade to honor this power and beauty that can emerge when we as humans collaborate, when we come together to make and play as a community, to share our stories. That’s really the intention of the parade itself.

When we founded Cattywampus Puppet Council, one of our primary desires was to create place-based art, to be rooted in East Tennessee and this bioregion. This parade project is also a reflection of this same desire. We wanted this project to offer the community an opportunity to tell their stories of “place” and “landscape” here in Tennessee, whatever that means to them. For some folks, this may mean making art inspired by Appalachian ecology or stories and for others, this may mean telling stories of their ancestors or of previous places they inhabited before they came to East Tennessee. Or they could choose to make something that represents the culture they want to foster in Appalachia or a future story for the region. Like the theme of “Synergy,” we didn’t want the theme of “Appalachia” to box people’s creativity in. We simply wanted to offer a jumping off point for them to create from.

What kind of reactions have you received to your performances? Does it differ across different audiences?
Most folks associate puppets with children, so often people assume that we only make shows for kids. While we do love creating shows that are kid-friendly, most adults that attend are surprised and delighted by how much they enjoy the shows as well. We also create shows specifically for adults and have been surprised by how popular these always are. For many adults, especially those in their 30s and up, puppets are filled with nostalgia and memories of watching the Muppets, Pee Wee’s Playhouse, and other puppet-based shows growing up.

I think when we first started making puppets and performing, we weren’t quite sure what reactions we might receive. If anything, I think we have been humbled by the enthusiasm and humored by how “cool” some people think what we are doing is.

Any advice for aspiring puppeteers/people who want to be a part of this parade?
Find something or some type of puppet that you love and dive in. Never stop embracing your creative whims! Anything is possible, and most techniques are easy to find thanks to the Internet.

Be prepared to spend a lot of time creating your puppets/sets/costumes/props—don’t worry, it will be worth it! Also if you like working with other people it really helps to have as many people involved as possible. Many hands make light work!

There is no wrong way to make a parade puppet creation! Materials can include bamboo, cardboard, paint, metal, fabric, papier mache, and whatever else your heart, mind, and hands can dream up.

Parade participants are also not limited to giant puppets and are welcome to make masks or just wear fabulous costumes. We are simply asking that all participants’ creations be handmade and people-powered.

The Open Streets Festival’s Appalachian Puppet Pageant is Sunday, May 21 at 2 p.m. The line-up is at 1 p.m. at the easternmost end of Open Streets on Magnolia and Chestnut.

Registration and merchandise tables will be on the southwest corner of Magnolia and Chestnut (near the Dollar Tree).