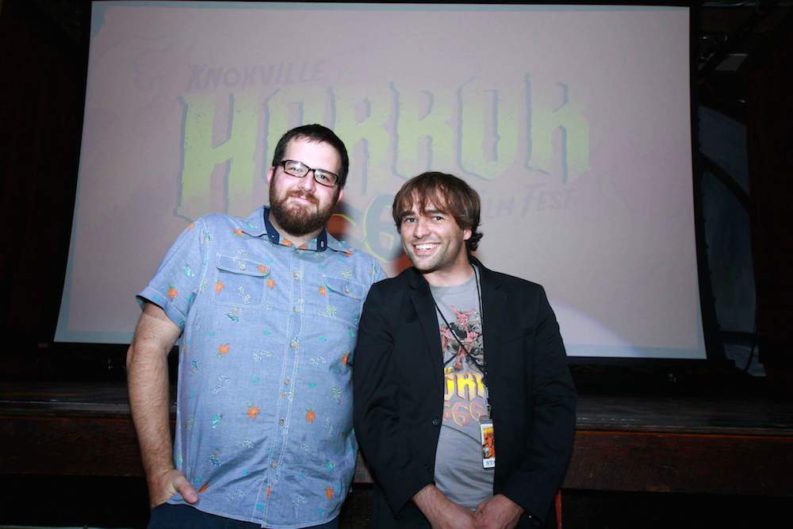 In terms of moviegoing experiences, the Knoxville area has got most of the bases covered: multiplexes galore, an art house, cinema clubs, outdoor screens, film festivals, a movie palace, and a giant honkin’ theater conglomerate to boot. But what it has long lacked is something that was actually predominant back in the mid-20th century: a single-screen neighborhood theater. That could change if the brainiacs behind the Knoxville Horror Film Festival launch their vision for a “microcinema” in the Downtown North district.

The project is a labor of love for KHFF organizers William Mahaffey and Nick Huinker and filmmaker Logan Myers. Temporarily named Central Cinema, the concept is pretty straightforward: Every weekend, the theater’s one screen will show classic films, along with family matinees and midnight movies. The managers also hope to collaborate with local groups for screening events to reflect Knoxville’s multicultural makeup, aiming for a more inclusive, community-minded movie theater. And a bar.

“We think a community microcinema could be a valuable addition to our cultural landscape, and remind people that a trip to the movies isn’t inherently the wallet/patience-draining experience we’ve become accustomed to,” says Huinker, also a Knoxville Mercury contributor) “We’ll have $10 tickets, fairly priced beers, real butter for the popcorn, and a million other corrections to what we find tiresome about corporate film exhibition.”

But can a “small” moviegoing experience compete with IMAX-equipped multiplexes or the unlimited streaming in most people’s hip pockets? Well, they used to—even when the big, glitzy Tennessee Theater was pulling in crowds, Knoxville’s suburban landscape was dotted with small theaters, such as the Broadway in North Knoxville, the Joy on N. Central Street, or the Horne on Chapman Highway. (The movie-theater website Cinema Treasures lists 58 closed theaters for Knoxville.) Huinker sees the appeal of a true movie-theater experience remaining undiminished today, especially if viewed as a retreat from our current digital distractions.

“I’d liken it to ‘why pay $5 a beer at a pub when you can drink six at home for $10?’ The beer is the same, but the context of how you’re enjoying it is worth the premium,” Huinker says. “Films are just better on a huge screen in a dark room, shared with an audience of friends and strangers responding to the same joke or jump scare or plot twist. Plus, a trip to the movie theater is—or at least should be!—a contract with yourself to let everything else go for two hours and surrender yourself to art. As someone who can’t help but dick around on his phone watching movies at home, I’d say that counts as a rare and valuable service these days.”

While the cineastes had been investigating the Hull Dobbs building on N. Central Street (across from Magpies Bakery) for Central Cinema’s location, they say that option has “stalled” and they’re looking for other possibilities nearby. The group plans on launching a crowdfunding campaign at KHFF’s Terror in the Woods event at Ijams Nature Center on June 10.

Here’s our interview with William Mahaffey on Central Cinema, the Director’s Cut:

How is a “microcinema” different from a typical movie theater? 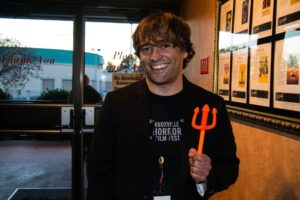 A microcinema has a few different meanings, but I would probably just refer to it as a repertory theater or independent cinema. What we will offer that is different is bringing a wide variety of classic cinema to our screen. The top theater chains don’t see the value in showing older films and only do it occasionally, but this will be our bread and butter. We will also show newer independent films that don’t get screened at theaters in Knoxville. The goal will be to create the best cinematic experience we can; too often do I got to the multiplex and the screen isn’t bright enough, or the sound is too low. Not to mention the constant chatter and cell phone use. These things will not happen at our theater. We want to create as pure a cinematic experience as possible, and make it more affordable on top of that. We’ll have awesome local beer that’s not crazy expensive.

Why do you think Knoxville needs one?
After nine years of doing KHFF, we have continued to have a growing following, and had our greatest attendance yet last year. Knoxville is an exciting place to live right now, because there are many new and different types of businesses opening here, and people seem excited to support them. We feel that the downtown community and surrounding areas will be excited to have a place where they can see their favorite films and other classics they’ve always wanted to, in a friendly and more personal environment. We also believe that families will be excited to have a theater close to their neighborhood that offers family films that aren’t just CG films for ADD children

What will be your approach to programming—what sort of titles should people expect to see?
As stated, we want to show a lot of classic films, meaning everything from older black and white films to ’80s cult favorites. We plan on having midnight films on weekends and on doing a lot of other regular films series and retrospectives, possibly co-programmed by some of the other cinema groups in town like Public Cinema. We also want to tie in with local events and organizations and do screenings that might bring awareness to or benefit them.

Why do you believe audiences will opt to see such movies at a theater rather than, say, streaming them at home?
In doing the horror fest, we’ve seen over the years that a large number of people still prefer to see a film in a theater than at home. Even though home systems have gotten better and better, they still don’t match the experience of seeing a film in a theater. It’s a communal experience, and I think there are lots of people who agree with that sentiment. We also want to make a lot of our screenings more like events, with fun shorts and other videos, tailored to each film screening.