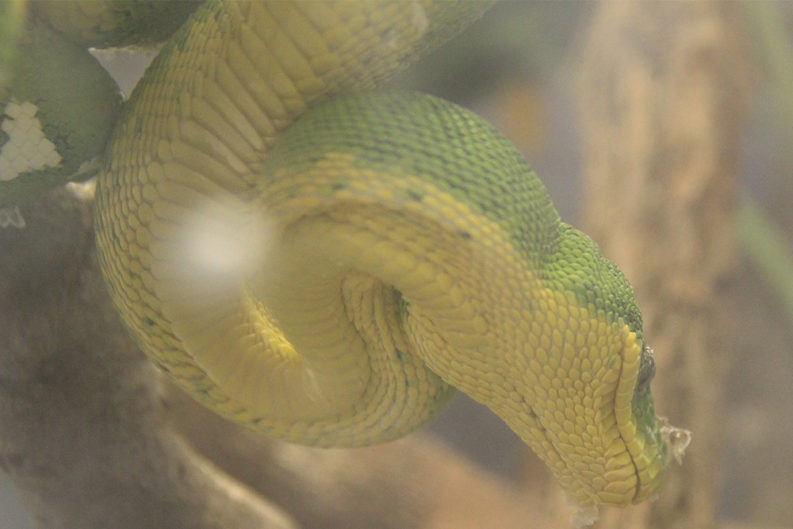 A “toxic agent” caused the deaths of 34 reptiles in a single March night at Knoxville Zoo, zoo leaders announced Friday. But since zoo officials have been unable to identify the toxin or its source, they will no longer use the building where the deaths occurred.

Although veterinarians at the University of Tennessee College of Veterinary Medicine tested the reptiles’ bodies for multiple toxins without finding any, the circumstances paired with physical effects on the bodies—swollen blood vessels, changes to the heart and liver—point to toxins as the cause, according to zoo officials. Veterinarians couldn’t rule out carbon monoxide or carbon dioxide poisoning, however, because those can’t be detected in lab tests after death.

Immediately after the deaths, the zoo tested the building’s air quality, finding it within normal ranges. Checks of heating and air conditioning systems found only one problem, a malfunctioning thermostat—but a properly-functioning alarm system to alert zoo staff of unsafe temperatures wasn’t triggered.

The 18 animals that survived the night in the building were all being kept off-exhibit in enclosures less than three feet from the ground, further suggesting that the deaths were caused by breathing a toxic gas that was floating at a higher level, says Zoo Director Lisa New. All the animals on exhibit in the building died.

Because no final cause could be pinpointed, Zoo Director Lisa New said the zoo will play it safe by permanently shutting down the building to animals. The zoo was able to display only 10 percent of its reptiles and amphibians even before the closure, which has reduced the number visible to the public by almost a quarter.

New emphasized that the zoo still has 427 reptiles and 67 amphibians, of 91 different species altogether, in its collection.

Zoo Knoxville has the ninth-largest reptile collection among American zoos and is a world leader at breeding endangered tortoises from Madagascar. But its reptile house–really, a complex of nondescript buildings–is about 40 years old and houses reptiles and amphibians in acrylic enclosures viewed from outdoor corridors. Even the keepers say the enclosures fog up easily, can’t be cleaned or replaced, don’t fit well any more, and break easily. The area was considered outdated and inadequate even before the reptile deaths–which included the loss of three endangered snakes—the night of March 21.

The 18 surviving animals have been redistributed through the remaining reptile buildings, off display. New says the zoo may try to refurbish a former snack bar area that isn’t used in one of the buildings into a space to keep some of the animals.

She says the other reptile buildings’ air circulation systems and monitoring systems have been checked, all their thermostats were replaced (due to their age), individual cage monitors were checked and new equipment was added to allow staff to check the animals remotely using their phones.

New also expressed confidence the same type of catastrophic event would not happen in the remaining reptile buildings because they have fundamentally different heating and air conditioning systems. Perhaps most importantly, the building where the deaths occurred used an air circulation system that didn’t pull in fresh air, instead recirculating the air already inside the building. The remaining reptile buildings have outside air exchanges, she says.

But in a press release, New added that the event that killed so many animals “strengthens our commitment and urgency to construct a new, state-of-the-art reptile education center as part of our current capital campaign.”

The zoo is in the midst of building a glamorous new “Asia Trek” section, whose Malayan tiger exhibit opened in April; new enclosures for gibbons and langurs will be completed before the zoo turns its attention to building a new reptile and amphibian house closer to the entrance. New says the zoo has raised about $21 million of the $30 million it needs to complete the five-year capital campaign, which includes about $12 million for a new reptile home. (For more detail on the campaign and planned zoo improvements, read our June 2016 cover story.)

New says that project can’t be moved ahead of finishing Asia Trek because those contracts have already been signed and work is well underway on the exhibits. Plus, the zoo has yet to design the new reptile exhibit, which would come online around 2020. “We can’t go any faster than we’re going,” she says.

Zoo Knoxville is accredited by the Association of Zoos and Aquariums, which requested a report on the reptile die-off, the zoo’s findings, and its plan of action, New says. Zoo Knoxville is filing that report today, and the accreditation commission can respond with further questions or require Zoo Knoxville to host a site visit.

The Tennessee Wildlife Resources Agency also has some jurisdiction over the well-being of animals put on display to the public. TWRA Captive wildlife coordinator Walter Cook says the zoo notified him of the event, and he was satisfied they were investigating all possible causes and had already called for the vet school to do the tests he would have requested. “It was a bizarre incident, really,” he says.

The U.S. Department of Agriculture requires an annual license for animal exhibitors, including zoos, which must demonstrate humane handling, housing, feeding and watering, sanitation, ventilation, shelter, and veterinary care. The USDA doesn’t get involved with reptile care except to make sure venomous snakes are kept securely ad handled safely, New says.

USDA field inspectors make unannounced visits every six months to a year, but their inspection reports indicate a focus on mammals. The most recent routine inspection in October followed the escape of a young gazelle, and Zoo Knoxville was instructed to improve its enclosure fence. No other problems were noted on the report.