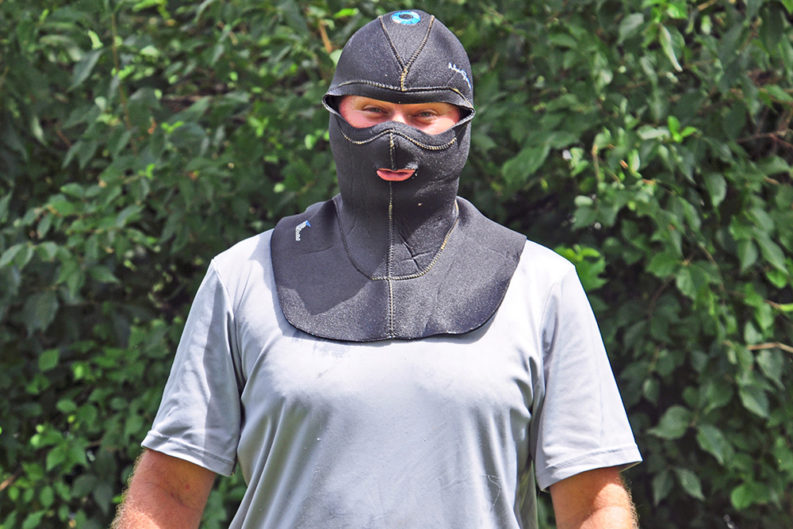 I’m pretty good at losing stuff in the wilderness. The Cumberland River took a micro-cassette recorder full of my jumbled thoughts. I forgot a cherished hiking stick on Honey Creek Loop in the Big South Fork. A pair of my prescription glasses resides at the bottom of Kentucky Lake, and a pair of prescription sunglasses (but not the strap that was supposed to hold them on) was claimed by Oregon’s Rogue River, which also overturned me, sent me on a wild swim, and ripped my kayak paddle out of my grasp with a final flourish.

Pondering these losses to the wilderness, the most recent being the hand-carved hiking stick that Walland Elementary School students had given me, I asked local outdoor enthusiasts about interesting losses and strange finds. Certain patterns emerged on the lost side of the ledger, but the found answers were surprising and somewhat disturbing.

How many of us have seen an orphaned boot or shoe in the wilderness or even on the highway? Turns out there’s a reason for this. People lose them, but never a pair, which might be more useful to the finder.

Kim Pilarski-Hall and husband Rikki (the late author of Six Legs and a Buzz) were doing an overnight hike to the Walls of Jericho canyon south of Sewanee. They camped at a primitive site next to a cemetery and stowed their boots under a nearby bench. Next morning, Rikki’s brand-new left boot was gone, nowhere to be found. They speculated that a one-legged ghost from the cemetery stole it, and Rikki had to hike the rest of the way in Chacos.

University of Tennessee environmental consultant Kim Raia thought she was doing a friend a favor by tying her hiking boots to the friends’ backpack to cross Enloe Creek in North Carolina. Apparently, Raia’s knot-tying skills were lacking, and the boot was taken by the creek. For a while, the friend was not so friendly, having to hike 5 miles barefoot.

On to more valuable though less utilitarian losses. Class V boater and guidebook author Kirk Eddlemon lost his wedding ring sliding down a waterfall in Panama. When he called his wife, Laura, and opened with, “Something bad has happened,” she was then relieved to find out it was a lost ring and “no one was dead.”

Canoe fishing in high water, Drew Crain, a biologist at Maryville College, lost a beloved ultra-light fishing rod and a Mitchell reel when a snag in South Carolina’s Tyger River dumped him out of the boat, and the force of the current ripped it out of his hand. (I guess he managed to hang onto his paddle.)

There are thieves everywhere, even in the wilderness. In Massachusetts’ Erving State Park, near the Connecticut River, someone took my electric beard trimmer from the campsite bathroom. Even though I reported the theft to the campground manager and spent most of my stay there investigating the stubble length of fellow campers, I made no accusations.

The most tragic loss of all comes from runner Noah Bowman, who (with Bearden Beer Market’s Chris Morton) stashed their end-of-run reward beer (Dale’s IPA) near a trailhead at I.C King Park. When they finished up, parched from the run, the beer was gone, replaced with a package of “crappy Food City brownies.” The suspects: a “band of delinquents” they’d spoken harshly to before the run, were probably “under a bridge somewhere enjoying our delicious beer.” 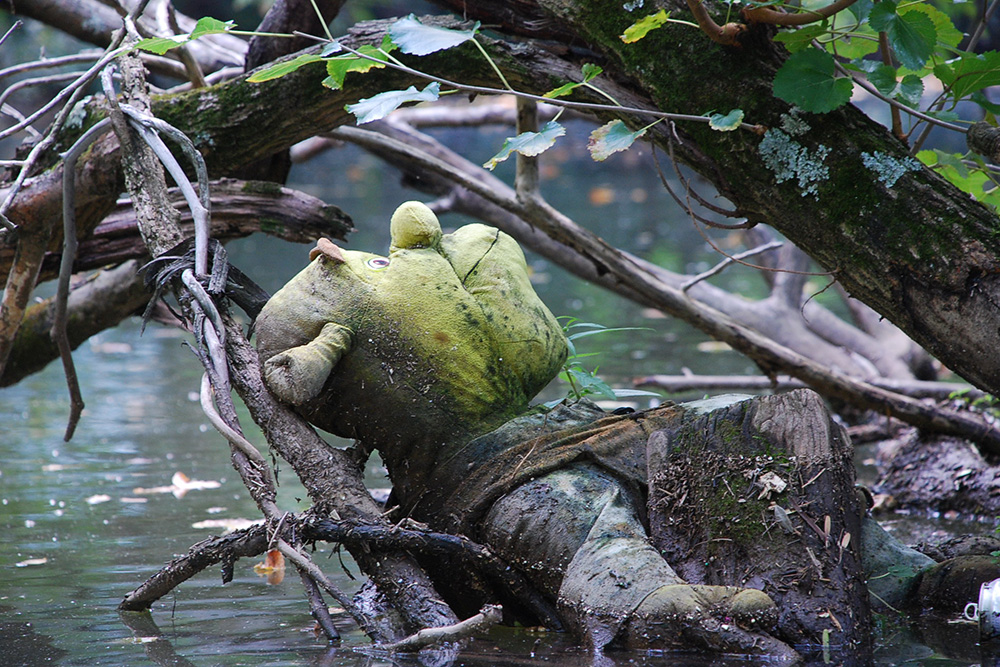 Rivers have revealed many strange things to me. The floating bowling ball on the Cumberland near Burnside, Ky. is still a source of puzzlement for me and photographer Randy Russell. Paddling up Third Creek on a game day (Florida vs. Tennessee), I thought I was coming up on a body half out of the water, greenish and swollen from exposure. It turned out not to be a despondent Vol fan but a life-sized Shrek doll, abandoned by some negligent child or perhaps an angry parent.

On an otherwise idyllic summer hike to a swimming hole up Little Clear Creek in the Obed, Drew Crain found a diver’s hood, which wasn’t all that disturbing until he rinsed it out and put it on. He said it looked like “an executioner’s hood.”

Sam McGroom, who has hiked every trail in the Smokies twice (a 900-miler times two), came upon not one shoe or sock or glove, as we most often see, but a pile of clothes off-trail in the Clingman’s Dome area: pants, shirt, underwear and socks, but no boots. This find got her speculating: Maybe the hiker was emulating the Naked and Afraid series. On another hike near Russell Field Trail, she found a recorder (musical instrument) dangling from a cord on a tree branch.

The most disturbing finds came from rafting guide David Wilburn, who is also an avid canoeist. His first find is a testament to the power of high water. Normally a sedate, rural stream after it comes out of the Smokies, the Little River was running high when Wilburn canoed it one day. Accompanying him downstream was “a small drowned pig” that periodically surfaced to greet him with dead eyes.

Continuing with the dead animal theme, Wilburn, paddling a remote stream in Western North Carolina, said he came upon a severed billy goat head propped on a rock. “That one was kind of eerie,” he said, “and we didn’t stay long after we found it.”

If anyone finds my hiking stick on the Honey Creek Loop near one of those waterfalls, let me know. It has a leather wrist band on it. I’d also like to have my electric razor back, no questions asked, though I’d really like to know who would be desperate enough to steal a guy’s cheap razor. Rogue River, thank you for taking my sunglasses and sparing me. Taking the paddle was a low blow. 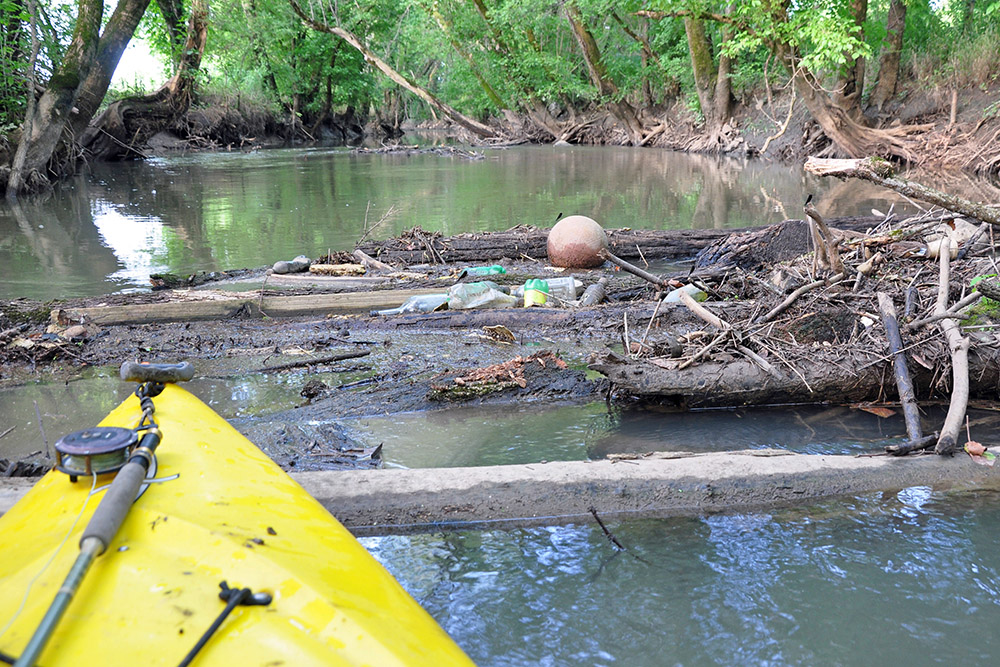