Just a Few of Knoxville's Memorable Moms - The Knoxville Mercury 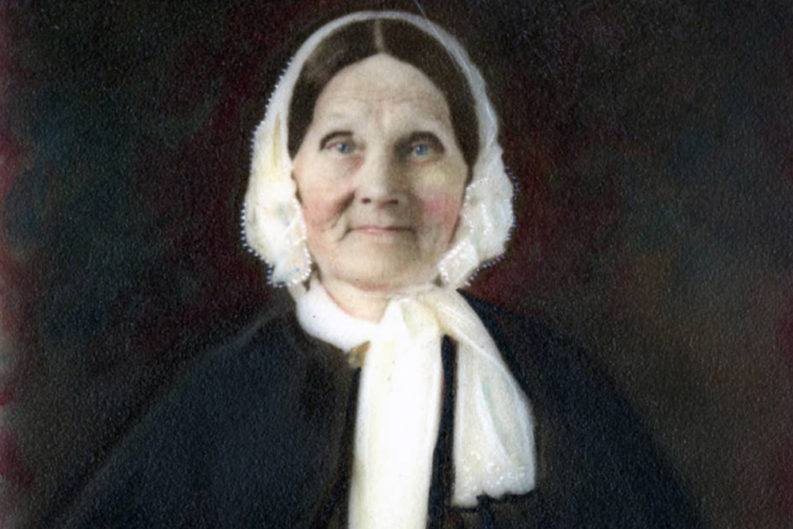 All mothers are historic, but here are a few memorable Moms.

Mother’s Day started around 1908, when Anna Jarvis, of Grafton, W.V., proposed the holiday just after her own mother’s death. She intended it as a way to remember to show our mothers that we appreciate them. However, she became troubled by how quickly the holiday became commercialized. She especially disliked the idea of mass-produced cards. She thought children should express their sentiments in their own words.

Mothers have always been important in history, of course, but some Knoxville mothers are especially remarkable. Margaret Cowan Humes Ramsey was born in 1777, 240 years ago next month. Each of her husbands died young, leaving her pregnant with another child. Her second husband was Irish immigrant Thomas Humes, who built what we now know as the Lamar House, the front part of the Bijou Theatre. They may have intended it as a residence, but after Thomas’s death, Margaret opened it as a hotel. In 1817, she was the only woman on a board that attempted to start a public library.

That effort lasted only a few years, but she may have had a maternal influence on a later library project that lasted. One son, also named Thomas Humes, grew up to become a journalist, an Episcopal priest, and the president of the University of Tennessee. With the establishment of Lawson McGhee Library in 1886, he became its first head librarian.

Margaret was almost 77 when she died, and she’s buried at First Presbyterian Church downtown, and her stone is inscribed, “A MOTHER IN ISRAEL.” From the Book of Judges, it’s a reference to Deborah, the Bible’s only female judge.

Lizzie Crozier French (1851-1926) is remembered as Knoxville’s most outspoken women’s rights activist. She married at age 21, and had one child, but her husband died soon after. As a single mother, she raised her son William. She lived as a widow for more than 50 years. For most of that time, she was an advocate for Suffrage, or women’s right to vote. She lived to see the passage of the 19th amendment, and ran for Knoxville City Council in 1923, but lost. At the time of her death at age 75, she was in Washington, lobbying for women’s causes. She is represented as the central figure in the Suffrage Memorial on Market Square.

Major novelist Frances Hodgson Burnett was a daughter of a single mother. From Manchester, England, widow Eliza Hodgson and her children arrived in Knoxville at the end of the Civil War. In her autobiographical book, The One I Knew the Best of All, the author remembered her mother in a chapter called “Mamma.” Burnett wrote the memoir in the third person and from the point of view of a child, referring to herself as “the Small Person”:

“There were Mammas who were not quite so nice—who wore more ribbons in their caps and who could be seen at a greater distance, and who had not such soft voices, and such almost timidly kind smiles and words for everyone. The Small Person was always thankful after interviews with such Mammas that her own was the one who belonged to her, and to whom she belonged.”

When Frances was about 20, her mother died, and is buried in Old Gray Cemetery. Soon after, Frances married Dr. Swan Burnett and became a mother herself. Her second son, Vivian, became the model for one of her most famous characters, Little Lord Fauntleroy. The baby buggy she reputedly used here is sometimes displayed at Blount Mansion.

Like the Mercury? Interested in new research into Knoxville history? You can help sustain both with a gift to the Knoxville History Project, by helping us renew this educational page for another year. See knoxvillehistoryproject.org, or send tax-deductible donations to KHP at 516 West Vine Ave., #8, Knoxville, TN 37902.