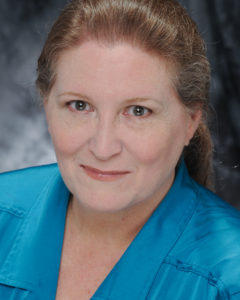 The seemingly epic quest of the Flying Anvil Theatre company to find a permanent stage to call its own has at last reached its denouement. As you may recall from our cover story on Knoxville’s burgeoning theater scene, Flying Anvil experienced a series of disappointments as it nearly signed leases on a couple of promising venues in downtown and South Knoxville. But it has finally sealed the deal in the West Knoxville neighborhood of Rocky Hill.

The nonprofit troupe, formed in 2012, just signed a lease for 1300 Rocky Hill Rd., a former church building. Once risers and theater lighting are added, the space should be up and running soon with about 150 seats. Flying Anvil Artistic Director Jayne Morgan says the group aims to unveil the theater with a production in late July. Here she gives us the rundown on their new location.

How did you find the location in Rocky Hill?
A friend had mentioned this space to us several years ago, when the church that was there started looking for a new home. Nothing ever came of that conversation, but last fall, when we decided the development we were hoping to move into was too costly for us, it turned out this space had just been put on the market for lease. I knew the building because I used to shoot commercials there when I was in advertising, both as an actor and producer.

What’s the space like? Will you have to do any work to make it theater-ready?
We really, really lucked up. The church had renovated it to be a performance space. It is, by far, the best situation we’ve found in all our years of looking. And we’ve looked at almost everything.
That means we can spend our funds in lights and seats and fun stuff.

You previously looked at spaces in “up and coming” areas, whereas Rocky Hill is pretty well developed. Do you think you’ll find a new audience there?
Actually, I think there is a large audience there who already go to all sorts of cultural events, including theatre. Now they can go to the theatre in their neighborhood. Hopefully, theatre lovers in other areas will find the location to be pretty central.

How many times have my friends out west told me they won’t come downtown? And my downtown friends don’t want to go out west? We’re 15 minutes from everywhere. Best of both worlds, I think. With great parking!

I love downtown. I live in North Knox. But we’re past the point where an arts organization can find a funky but useable space with cheapo rent. I’m glad downtown is booming, but we were simply priced out of the market.

What sort of community outreach efforts will the company be making?
First off, we have the opportunity to do a wide slate of children’s acting classes, summer camps and other activities Jay Apking, creator of the Bijou Awards, is helming our Anvil Kids program. We’re very excited about what he’s got planned and will be working to offer scholarships so it’s affordable to all.

Also, John Ferguson is creating a second “wing” of Flying Anvil called the Hammer Ensemble. This group of actors will develop original work based on issues in the community—like the challenges faced by caregivers of Alzheimer’s patients, bullying in schools, bridging the divide in our society right now. We’ll partner with other nonprofits to create theatre pieces to illuminate the issues. I’m thrilled to have John and Jay working with me.

Believe me, we’re going to keep that building busy!

After those previous near-misses, is your sense of relief at signing a lease just as you imagined it would be?
More of a sense of shock. It took a while for it to sink in. There were so many moving parts that had to come together in order to do this. And so many people who helped along the way—most particularly, my very smart, very ballsy board. I love those people! They somehow managed to keep the faith. And raise the money. (We have some pretty gutsy donors too!)

I haven’t been able to pop the champagne as yet cause I’ve had a nasty cold, but as soon as my head clears, there’s going to be some serious partying.