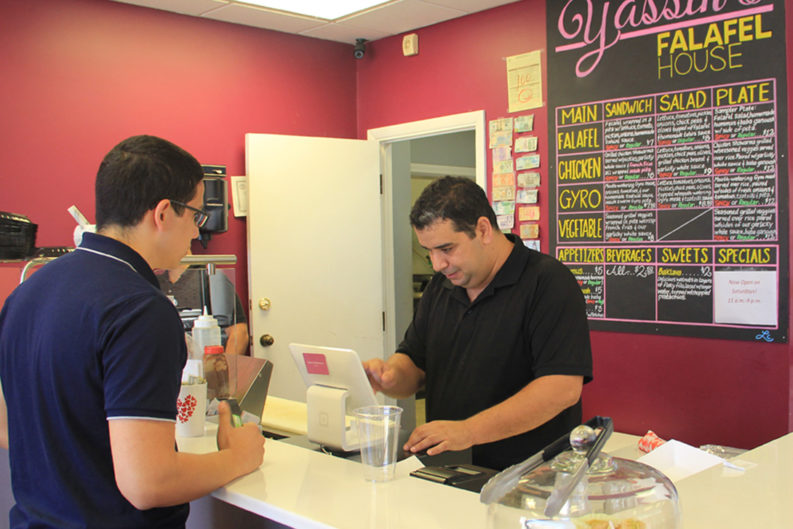 A documentary about local restaurateur Yassin Terou—who is preparing to open a second Yassin’s Falafel House in Cedar Bluff—has won two Webby awards and was a finalist in the prestigious Tribeca Film Festival.

The 8-minute video about the immigrant journey of Syrian Yassin Terou to Knoxville was selected as the winner in the best branded long-form and best branded documentary categories of the Webby awards, “honoring the best of the Internet.”

Terou’s popular Walnut Avenue restaurant downtown was the first business featured in a series made by mobile payment company Square about how its members achieve their version of the American dream. Released in January, the film drew national attention as it was shared on social media. Square (and Twitter) founder Jack Dorsey came to Yassin’s Falafel House for its debut. Yassin’s was chosen after decision-makers at Square saw a Knoxville Mercury story about how the restaurant had become a gathering place for people who support immigrants the day after the November presidential election.

The film shows Terou using his restaurant as a way to express both his culture and message of acceptance of people from all walks of life. Although it didn’t win at Tribeca, it was one of only 10 finalists out of 600 for the Tribeca X award for “storytelling at the intersection of advertising and entertainment.”

“Yassin Falafel” from Square on Vimeo.

Terou says he is unsure if he will attend the Webby Award ceremony in New York. He expresses gratitude to Knoxville and says, “I was very proud to represent Knoxville in this way.”

Terou says the film has sped up the process of opening a second Yassin’s Falafel location, in the Cedar Bluff area. He signed a lease on a space in Town and Country Commons on North Peters Road and hopes to open there later in the summer.

Meanwhile, Yassin’s Falafel House also won an award closer to home on Saturday for promoting social change. Community Shares, which supports Tennessee organizations for social change, gave the business its Institution for Change Award “for fighting anti-immigrant and refugee policies, and for showing you can be a successful business as well as a place of refuge and support.”

The Square film led to Terou being featured on news segments on CNN and other major media outlets, an opportunity he consistently used to advocate for the acceptance of immigrants and all people. (His locally-famous “All beliefs, all people are safe here” sign is featured in every story.) He has been an indirect ambassador for Knoxville’s Muslim community, which in the Square video is depicted as a lifeline to him when he moved to Knoxville. He also held a fund raiser dinner at Yassin’s in January to benefit Bridge Refugee Services, the nonprofit that helps refugees settle in and establish self-sufficiency in Knoxville. Terou donated a quarter of the proceeds from the event, which had lines around the block and raised more than $8,000 for Bridge.