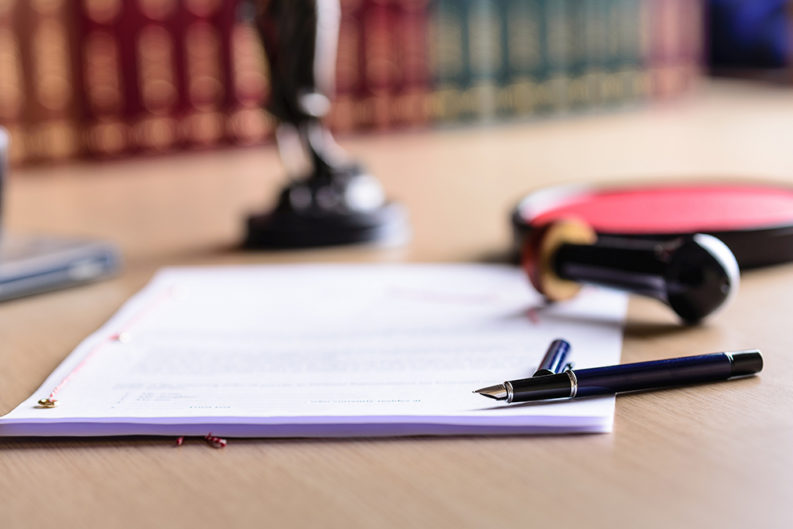 Knoxville and Knox County mayors in the last week both presented bigger budgets for the coming year, with employee raises but no accompanying tax increases. However, the city’s budget would grow by 17.8 percent, while the county’s would increase by only 3.5 percent.

Both budgets will likely have to be adjusted once the countywide property re-evaluation is completed this fall. They may also be affected by changes approved as part of the IMPROVE Act recently signed by Gov. Bill Haslam, which will provide local governments with more road funding but also reduce their potential income from the Hall tax.

Both budgets provide for public employee pay increases in the 2.5 to 3 percent range (depending on “steps” in their wage systems). And both chip in for a full year of operating the new behavioral health urgent care center, commonly called “the safety center”—even though it won’t be built in time to operate for a full year. The county will contribute $600,000 and the city $400,000 for the center, which is intended to divert mentally ill people who commit minor offenses to treatment instead of jail.

Roads, infrastructure, economic development, and Knoxville’s growth as a regional recreation hub were drivers in both proposed budgets.

City of Knoxville
Rogero’s $353.9 million proposed net budget is up 16.9 percent, mostly to cover capital projects. It would be funded from growth in revenue, a capital bond issue that Rogero says “will pay for itself in cost savings,” and drawing down the city’s $99.8 million fund balance by $18.2 million.

Rogero’s budget would continue her longtime focus on extending redevelopment out from downtown by spending $5 million for the second phase of the Magnolia Avenue streetscape project, $1.5 million for a Downtown North streetscape overhaul, and $7.9 million for the same along Sevier Avenue. The Sevier improvements would be complemented by the addition of new restrooms, a pavilion, and a boat launch at the new Suttree Landing Park nearby, for $1.6 million.

Rogero wants to enhance event venues downtown by spending $3 million on a permanent stage at World’s Fair Park and $2 million on improvements at the Knoxville Convention Center. To accommodate the additional downtown visitors, the budget includes $7.5 million to add two more floors to the State Street Garage, plus sensors to indicate available spaces. Similar sensors would be installed in the Market Street Garage. (In theory, this means no more creeping slowly to the top only to realize it’s full.)

Another new infrastructure initiative would make Knoxville the first of Tennessee’s major cities to convert to LED streetlights, enhancing sustainability while reducing costs. Rogero proposes using a capital bond issue to spend $17.5 million on retrofitting 30,000 lights, with the expectation that the savings will pay it off in less than a decade. (Rogero adds that this will put the city on track to exceed its goal of a 20 percent reduction in greenhouse gas emissions by 2020.)

The city would also try to address gaps in affordable housing and safe neighborhoods by budgeting $2 million to establish an affordable housing fund. The budget envisions continuing the city’s annual funding support the KCDC transformation of public housing at Five Points and of the new Change Center youth recreation center in East Knoxville. (Rogero’s budget also includes funds to provide direct bus service to the Change Center from various inner-city neighborhoods.) The city is also chipping in $1 million in infrastructure improvements for the recently announced Emerald Youth sports complex in Lonsdale.

Like the county, the city continues to bank on recreation as an economic driver. Rogero’s budget proposal includes $1.7 million for the Urban Wilderness development plan (including better access at Fort Dickerson Park and the three-mile Gulf and Ohio Railways trail to connect Mead’s Quarry with downtown), $25,000 for Sharp’s Ridge Veterans Memorial Park improvements, $100,000 for expansion of the downtown dog park, and $1 million (again this year) for greenways.

In addition, Rogero proposes quadrupling the usual funding for constructing sidewalks and crosswalks to $3.95 million—including $750,000 for sidewalks in areas where students live too close to school to be served by buses. The city will also conduct a comprehensive study of all its sidewalks to prioritize needs.

For 25 arts and cultural groups, including the Knoxville Symphony Orchestra, the Knoxville Museum of Art, Knoxville Opera, and the Beck Cultural Exchange Center, the proposed budget would provide $400,000 in grants. Like last year, Rogero proposes to give $1.2 million to community service organizations, although as usual the way those funds are divvied up would evolve.

For example, Big Brothers/Big Sisters of East Tennessee, which is in the midst of a push to sign up more mentors, will see an increase in funding from $2,500 to $10,000. Groups that have never before received city grants include the Tennessee Equality Project ($5,000), which advocates for the rights of LGBT people statewide, and the Community Coalition Against Human Trafficking ($50,000 to help purchase East Tennessee’s first safe house for sex trafficking victims).

Some of Rogero’s funding choices seem to place new emphasis on organizations that help refugees and immigrants, groups that have been targeted by several Trump administration executive orders this year.

Bridge Refugee Services and Catholic Charities of East Tennessee Immigrant Services would both receive first-time grants from the city for $5,500 and $5,000, respectively. Bridge would use the money to sustain its volunteer system since an AmeriCorps grant for coordinating volunteer services ran out, according to an email from Eric Vreeland, the city’s deputy communication director. The Catholic Charities grant will help the organization fund case-management software for the legal consultants who help Knoxville immigrants.

“Knoxville is a welcoming city, and we value the contributions of new immigrants who make Knoxville better and stronger,” Rogero said in an email. “We are supporting programs of Bridge Refugee Services and Catholic Charities of East Tennessee that provide assistance to immigrants and refugees as they successfully transition to living, working and raising their families here.

Knox County
Burchett’s proposed budget is $798 million, about 63 percent of which would be used to fulfill the full budget request of Knox County Schools. That’s a $17.6 million increase over the current school operating budget.

The county reduced $4 million in costs from the budget with its recent voluntary workforce reduction of 79 employees, says Chris Caldwell, county finance director.

Other highlights include $4.1 million for 45 new vehicles, body cameras, and police radios for the Knox County Sheriff’s Office and $3.5 million for paving projects.

The county’s updated five-year capital plan focuses first on intersections that have been identified as safety problems because of the number of accidents there, with $100,000 for improvements at Brickyard Road/West Beaver Creek; Andersonville Pike/Hill Road; and Westland Drive/Emory Church Road. The big bucks will go toward the next phase of ongoing Schaad Road widening: $7 million in the 2018 budget. The five-year plan puts the total cost of all Schaad Road phases at $21 million.

To the extent that there is a wild card in Burchett’s budget—which was pretty straightforward, notwithstanding the confetti rocket he shot off at the end of his presentation Monday—it’s a plan to build a $750,000 BMX bike track at South-Doyle Middle School. The track will be located on what is now the football field, so a side benefit will be building a long-advocated new football field, as well as a new practice field, elsewhere on the property.

South-Doyle already connects with the Urban Wilderness and a professional downhill mountain-biking trail, through a path built last year. “The Devil’s Racetrack” trail on the nearby Baker Creek Preserve property is meant to attract world-class mountain-biking competitions, and the BMX track could potentially generate similar benefits, county officials say.

“If we land even one of these big events, it pays for itself, and people in the know say we have a good chance,” says Michael Grider, Burchett’s communications director.

Burchett cited Louisville, Ky., and Rock Hill, S.C., as small cities that have signed deals to bring in the kind of major BMX events expected to generate millions in tourism revenue.

The BMX track would also be open to students and community members at least one evening a week or more for practice, says Mike Donila, community relations manager for Knox County Parks and Recreation. Grider says the track would be managed by an outside contractor and further details haven’t been ironed out.

A public meeting about the proposal will be held on June 1 from 6 p.m. to 8 p.m. at South-Doyle Middle School.

A look ahead
Burchett is on track to reduce Knox County’s debt by $50 million before the end of his term. His original goal was twice that, and by the end of 2015 he had shaved it from $691 million to $615 million, Grider says. But Grider points to the subsequent decision to build two new middle schools as the reason that Burchett acknowledged last year he wouldn’t meet the original $100 million goal.

There are a few complications in budgeting this year because of uncertainty over how the new gas tax and reduction of the Hall tax would affect local government’s income; on top of that, the state changed its sales-tax system in mid-April and has been late and uneven in distributing funds to the county on time, Caldwell says.

While the city and county both view the overall revenue picture as mostly positive, the coming years are likely to pose a few challenges.

The city budget has, for several years now, predicted a low growth in personal and real property values, meaning property-tax revenue is likely to remain relatively flat for several years. The upcoming re-evaluation won’t help with income, because any increases in value must legally be offset by a drop in the tax rate.

Caldwell says an unquantified “big cost” coming up is the remediation measures that will be required under the Americans With Disabilities Act. The county will be working on a plan, with implementation starting in 2019, for upgrades and changes to buildings, greenways, and intersections to make them more usable by people with hearing, vision, and other physical impairments.

City Budget Hearings
Departmental presentations of their budgets to City Council will last all day on Friday, May 12, followed by a public hearing about the budget at 4 p.m. in the main assembly room of the City County Building (400 Main St.)