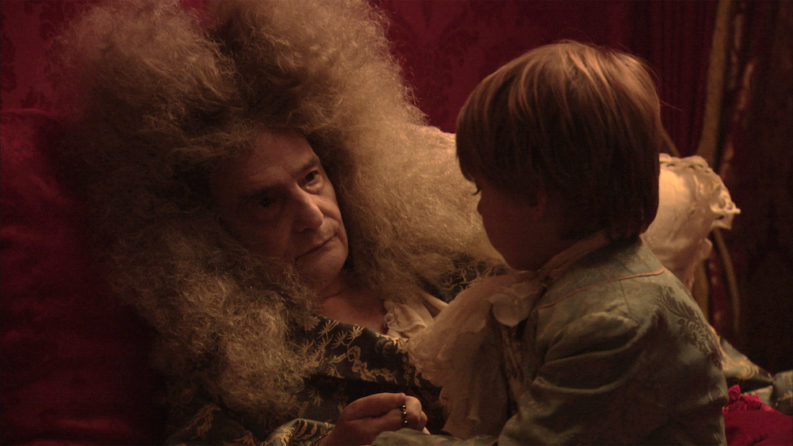 No spoiler alerts needed. Over the course of two hours, you watch Louis XIV of France, the resplendent, long-reigning Sun King, slip from mild physical distress to the autopsy table. Spanish writer/director Albert Serra’s latest film isn’t driven by adroit plotting or lurking twists. The Death of Louis XIV derives its considerable power from the performance of French New Wave icon Jean-Pierre Léaud, from Serra’s masterful direction, and from its resonances with the body politic, and with the body each of us is peering out of right now.

The story begins at the beginning of the end. True to history, the 76-year-old monarch cuts short a walk in the opulent palace gardens because of pain in his leg. In the next shot he is laid out on a daybed in his velvet finery and Diana Ross-level periwig, receiving the customary obsequiousness of his courtiers while flat on his back. His affliction, which ripens into gangrene, progresses. His royal hauteur withers much more slowly. He tries to rise from bed and return to his official duties. He awakes gasping for water, but insists on a crystal goblet, not a common glass. He turns away a priest. His servants and doctors cluck and reassure and offer remedies and nostrums, but they are all whistling past the proverbial graveyard.

Serra works marvels with the materials that limit his story. Once Louis leaves the paradisical garden, pre-credits, he never again leaves one of a series of stultifying chambers. But drawn drapes and sumptuous fabrics and candlelight create a seductive visual torpor, like the negative’s been soaked in a vat of Burgundy. The pre-industrial pace of the proceedings slows your own, and eventually hypnotizes, a la Kubrick’s Barry Lyndon. The bustle of court life is only glimpsed at the beginning, a murmur in the background, and the world of the king, and the film, soon reduces to a tiny orbit around the royal bed. Almost all dialogue is uttered, rather than spoken aloud. And the endless frippery and ritual and exquisite deference of the innermost court rings increasingly hollow against the mortal fact of Louis’ illness, which no bleeding or pre-antibiotic concoction of donkey milk and other animal effluvia will reverse. He dies, and he does so slowly, so everyone has time to ponder it.

Léaud makes it a most transfixing process. Some viewers will find inevitable frisson in watching the boy from the last shot of The 400 Blows linger on his deathbed. Given that the whole film constitutes one long death scene, complete with the occasional cry or rattle, Léaud, now 72, delivers a remarkably unshowy performance. He telegraphs flashes of royal swagger, asking a visiting doctor if Madame de So-and-So is as beautiful out of her gowns as in them, but mostly he withdraws into himself, less and less a sovereign and more and more a shriveling old man with waxen skin and dark staring eyes. Serra’s camera often lingers on Léaud’s face, sometimes catching a small tremor in his cheek, other times just boring in on what must be happening underneath those faux curls.

While The Death of Louis XIV works its slow-cinema charms, it can’t help but draw associations with the current state of first-world indulgence and political malaise. Most of the actual dialogue in the film takes place between Louis’ servants and doctors (Patrick d’Assumçao, Marc Sussini, and Bernard Belin), who quibble and shade each other in courtly fashion over which course might be best for the king, which untried potion might be worth a go, which outside doctors might be worth consulting. All the while, the pampered Louis sinks and weakens, the literal body of the state rotting away in splendor and denial. A more drastic treatment applied early—lopping off the blackening limb—seems the best option, and yet remains somehow unthinkable.

Louis XIV reigned for more than 70 years and remains synonymous with unimpeachable royal radiance. Serra and Léaud’s Louis, however, is a man, like all men, unable to avoid the fate that waits for high and low. He goes from the center of his nation to a literal tub of guts. His subjects sniffle quietly at his passing. And then they move on.

The Public Cinema series will screen The Death of Louis XIV at the Knoxville Museum of Art on Sunday, May 7, at 2 p.m. Director Albert Serra will attend the screening for a discussion of the film. Admission is free.

CORRECTION: Albert Serra’s name was misspelled in an earlier version of this story. 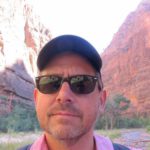