The Unexpected Origins of the School Lunch Program - The Knoxville Mercury 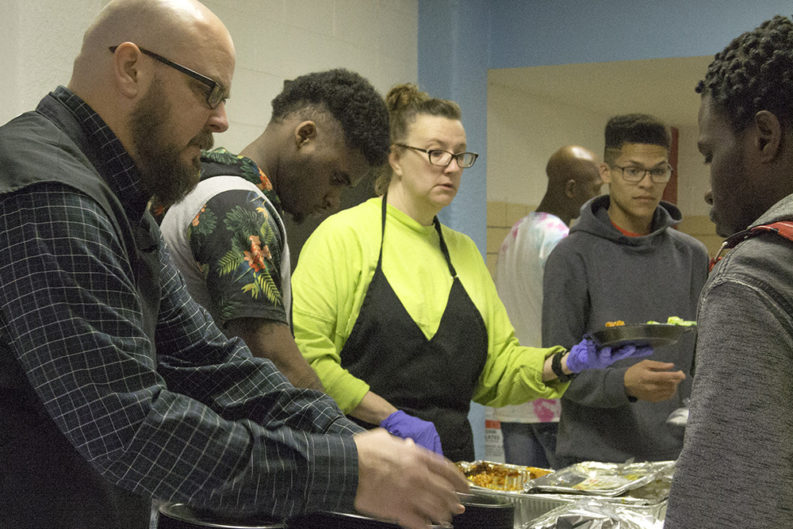 The unappetizing nature of school cafeteria food is a joke that goes back generations.

Perhaps that’s partly because feeding hungry kids was not the primary purpose of the U.S. School Lunch Program when it was created. It began during the Great Depression, when farmers grew huge surpluses of food that no one had the money to buy. To prevent more farmers going under, the U.S. Department of Agriculture bought the surplus and provided jobs to the women who would cook and serve it to school children, many of whom were going hungry.

The result was that lunches were not designed around nutrition but to use up rapidly-rotting stores of particular commodities. One year it was apricots, and the next year it might be eggs, cheese, or olives served in every meal, writes historian Susan Levine in her book School Lunch Politics: The Surprising History of America’s Favorite Welfare Program. (You can imagine how well the daily olives went over.)

The school lunch program wasn’t codified into law until after World War II. A proposal was floated to put it under the federal education commissioner rather than the agriculture department, with the aim of shifting the focus from farmers to kids. Predictably, agriculture lobbyists fought the change, and Levine writes that they found allies in Southern congressmen who feared federal education officials would use school lunch as a lever to force an end to school segregation. School lunches have remained under the Department of Agriculture ever since.

The lunch program expanded in the 1960s and ’70s, adding subsidies for low-income children in 1966 as educators and health professionals studied the links between poverty and poor school performance.

Free lunches for poor children were mandated in the 1970s. Yet the federal government stopped covering all the cost. Local districts had to provide matching funds and foot the bill for the staff and kitchens. (Incidentally, that meant that for many years, school cafeteria equipment wasn’t updated or replaced, which made it harder to prepare and serve fresh foods.)

Despite the bipartisan popularity of the school lunch program, it faced massive cuts under President Ronald Reagan, whose administration reduced portion sizes and famously declared ketchup a vegetable.

By the 1990s, school lunches had mostly been outsourced to private companies that relied on processed frozen foods, a system still largely in place today.

Knox County uses different vendors for bread, milk, and produce, says Wanda McCown, executive director of Knox County School Nutrition Program. But it buys most of its other food products from Sysco Foods, which won the contract in an open bidding process.

Sysco and US Foods are the two big dogs of institutional food, and some critics have blamed them for the dominance of processed frozen food in school lunches. With distribution centers across the country, the two companies control 75 percent of the national market, according to the Federal Trade Commission. Their attempted merger—which could have created one mega-industrial food source for the whole country—was abandoned in 2015 after Tennessee joined eight other states in supporting the FTC’s successful effort to block the deal on anti-trust grounds.

This year the budget reflected an anticipated $650,000 drop in total revenue. Savings were achieved by, among other measures, a $200,000 “reduction in labor costs,” according to budget documents.

• Can School Lunches Be Fixed? Austin-East Experiments With “Real Food”