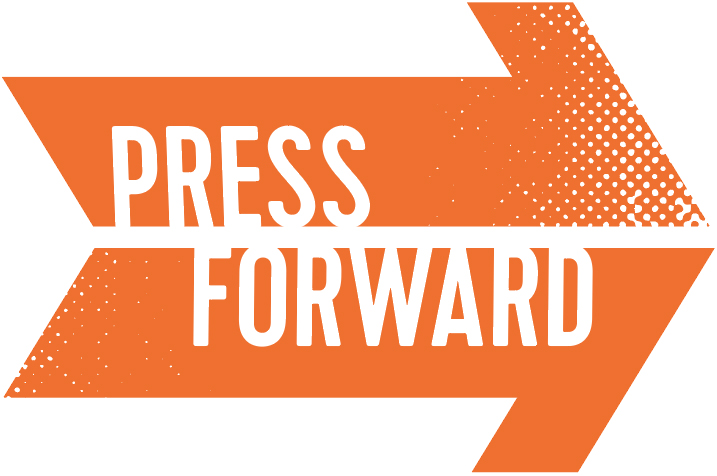 In January, we launched a new series of stories called Press Forward, focusing on people who are striving to make Knoxville a better place to live. They do this by taking action when they see a need in our community that’s not being met—and rather than wait for others to step in, they take it upon themselves to tackle the problem. These initiatives can big large or small, serving a wide group of citizens or just a particular niche—but collectively, they make for a stronger city.

When the prevailing political impulse today is to abandon people and places deemed unworthy of investment, it is reassuring to find that compassion still thrives in Knoxville. We surveyed the people we interviewed and asked them whether our coverage had resulted in any attention to their causes—and we discovered that our readers have been stepping up to help out, too. Thank you!

Karen J. Armsey, H.A.B.I.T.:
“I have taken part in a handful of media stories, in papers both local and national, and on local T.V. I can honestly say that I have gotten more response from the article that was done about me in the Knoxville Mercury then the other stories combined. People that I never would have dreamed read the Mercury were the first ones to send me messages saying that they read the story and that they were impressed. This article allowed me to tell the H.A.B.I.T. story to people who did not know anything about our program, and this always helpful in both finding new volunteers and in fundraising.”

Tom Welborn, Trees Knoxville:
“Your article highlighted the work that our organization is doing to protect and enhance the urban forest canopy in Knoxville and Knox County. As a result of your article we have had several new volunteers come forward after seeing the article. Also, we have had a major donation from a local company who is supporting our Canopies for Campus initiative to place trees at schools across Knox County.  The donor said that they had seen the article and I believe it helped in securing this donation.  We appreciate having a local voice like the Mercury informing the public of important groups and events.  Thanks again for your help.”

Jenny Arthur, Borderland Tees:
“We cannot thank you enough for featuring us in the Press Forward series. Many new customers have found us, and some of our oldest customers understood our mission for the first time. (One wrote, “What a beautiful story. I never knew any of this. This is why I love you guys so much!”) Rose Kennedy took great care to get our story right, and real human connections have resulted. These connections are our reason for being. We cannot thank you enough.”

Steve Wildsmith, Waynestock:
“I have no doubt the Mercury feature on Waynestock bolstered attendance this year; as organizers, we were blown away by the community response, and I can’t help but think that the original print piece helped with that. With the accompanying video, shot during the weekend, I think we’ll be able to tell the Waynestock story better and reach a wider audience in the future, which is always the goal of a fundraiser. As individuals plugged into the local entertainment community, we on the Waynestock organizational committee are extremely grateful for the Mercury’s support—not just of our event, but of everything related to this crazy, wonderful, vibrant arts scene.”

Preston Flaherty, DreamBikes Knoxville:
“The difference the article made is it got our name out there and brought people into the shop. The article was well written and personal so it seemed as people really knew what we are doing here. It was not just about the shop, it was about the people here and that is what matters.”

Monica Lauber, The Village Mercantile:
“I would like to express my sincerest thanks for the authentic depiction of the store, both my endeavor and purpose, in print. Carol Shane is a talented writer with insightful observation and interviewing skills and the keen ability to paint word pictures. The impact of her efforts (and those of the editor) has been fantastic!

“Customer response has been amazing, and it seems that there is some overlap between your readership and my customers. My customers have been very excited to share the story with others! There has been a marked increase in daily sales and foot traffic since publication. The store has received donations of books, even the harder-to-find large-print books, offers to volunteer time, and encouragement from neighbors and other business owners. Many new customers have found The Village Mercantile and some are using our business as a way to forward needed groceries to others. It is so refreshing to see neighbor affirm neighbor.

“Perhaps the greatest connection resulting from the media exposure in the Knoxville Mercury was from a new Knoxville resident who felt drawn to contribute to the purpose of The Village Mercantile financially, providing enough to cover the insurance required to operate our box truck for six months!It is my sincere goal to maintain momentum, boosted by great kindnesses by readers, as I look to the first anniversary of many on Walker Blvd.

“Thank you to the entire Knoxville Mercury staff for covering OUR stories in Knoxville, the readers, the small businesses, the locals, the innovators, the neighbors, the thinkers, the strivers, the trailblazers, and the catalysts. And thank you for being among these stories.”