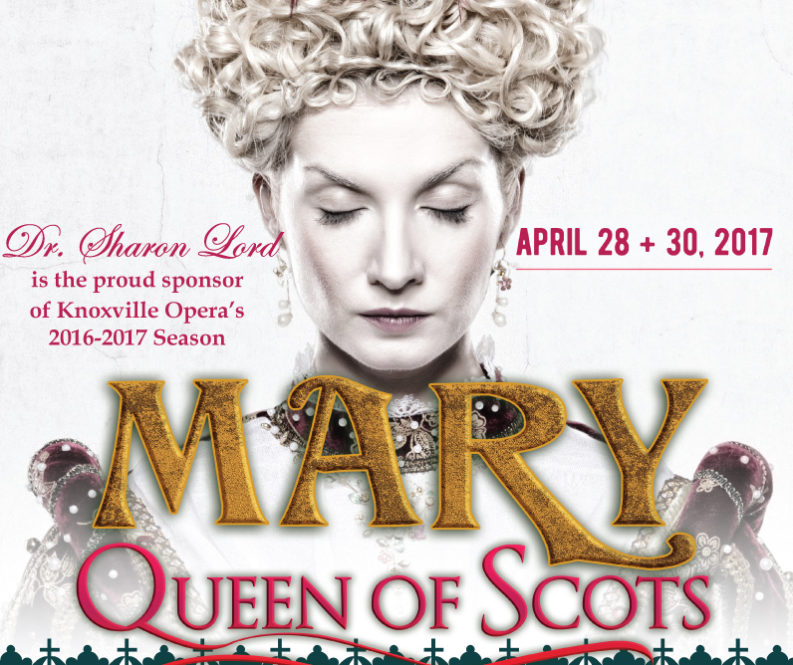 What did Gaetano Donizetti find so fascinating about England’s Queen Elizabeth I?

Drawing from a well of popular plays and novels based on her life and reign, the composer created four separate operas over eight years that involved the character in some way. The rarely performed Il castello di Kenilworth (“Kenilworth Castle”), a work about Elizabeth and Robert Dudley, Earl of Leicester, came in 1829. Anna Bolena, on the subject of Elizabeth’s parents, followed in 1830. Composed in 1834 and premiered in 1835, Maria Stuarda (“Mary, Queen of Scots”), is Knoxville Opera’s Rossini Festival offering next weekend. That work was based on a play by Friedrich Schiller that explored Elizabeth and the final days of Mary Stuart. Finally, in 1837, Donizetti premiered Roberto Devereux, about the Earl of Essex, a once-favored member of Elizabeth’s court who was eventually executed. In the opera world, the latter three have earned the sobriquet the Three Queens.

Singers, too, find the character of Elizabeth fascinating, and look to the Three Queens for the dramatic and vocal opportunities the roles present. Taking the formidable role of Elizabeth in Knoxville Opera’s production of Mary, Queen of Scots is the young Canadian mezzo-soprano Catherine Daniel, making her American opera company debut.

Daniel’s career got a boost last month at her hometown Edmonton Opera. As understudy for the role of Klytämnestra in Richard Strauss’ Elektra, she stepped into the spotlight on short notice when the original singer withdrew for medical reasons. In his review in the Edmonton Journal, critic Mark Morris was impressed: “[Daniel] pulled it off triumphantly, rather imperious in her stage presence, with a chilling range of vocal expression, colour, and often menace. Stepping in as an understudy can make a singer’s reputation, and that may well be the case here.”

Buoyed by that success, Daniel is ready for more challenges, but she is also realistic about the road ahead.

“I was able to step into this very challenging repertoire, and pull it off, both vocally and dramatically—hopefully proof to everyone, and myself, that I’m ready for these heavy hitters,” she says.

“When I auditioned for [Knoxville Opera director] Brian Salesky in New York, I sang Amneris’ Judgement Scene from Aida. He was very enthusiastic but heard in my voice this repertoire, heard an Elizabeth with a huge range and a lot of colors. But saw that I was an emerging artist in that this would be my first leading, big queen role. It’s proof that you have to persevere.”

Opposite Daniel in the leading role of Mary Stuart will be soprano Rochelle Bard. In previous Knoxville Opera appearances, Bard sang the title role in Bellini’s Norma and the role of Leonore in Verdi’s Il Trovatore. (“Bard was magnificent in her debut as the chief Druid priestess, Norma, handling the visceral lows with richness and intent and the highs with confidence wrapped in a tender but brilliant softness,” I wrote in my 2014 review of Norma.)

Making Knoxville Opera debuts will be tenor David Guzmán as Robert Dudley, Earl of Leicester, and bass Darren K. Stokes in the role of George Talbot, Earl of Shrewsbury.