Knoxville's Early Involvement in the Conservation Movement - The Knoxville Mercury 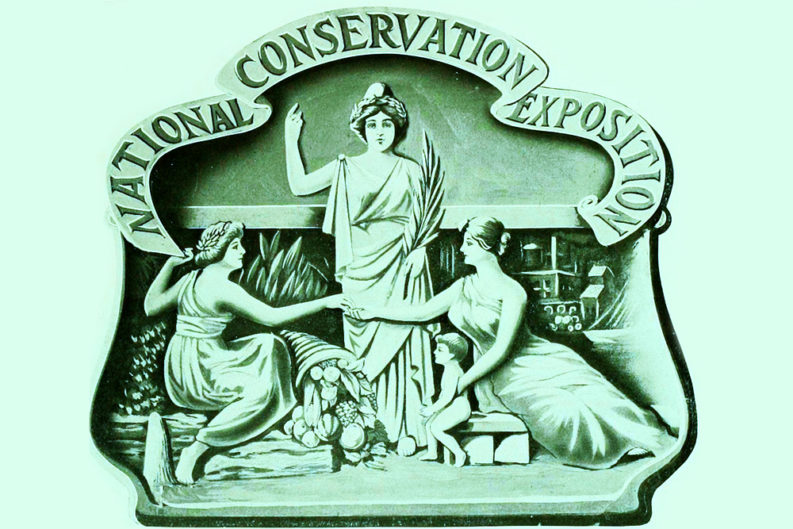 Knoxville has a deep history of interest, and sometimes national influence, in the natural environment.

The heavy industry of the 19th century was hard on Knoxville’s environment. The term “air pollution” did not become common until much later, but the problem was hard to ignore, especially in terms of soot clinging to buildings, clothes, and skin. By 1910, University of Tennessee Professor J.A. Switzer was giving public lectures on Market Square on the subject of “the smoke nuisance.”

A series of expositions at Chilhowee Park highlighted the area’s natural resources, both their potential and their problems. The National Conservation Exposition of 1913 was the world’s first big fair about conserving natural resources. Over two months, 1 million people visited the exposition. Its honorary chairman, who spoke at the event, was Gifford Pinchot, the well-known Pennsylvania conservationist.

A decade later, another effort, largely led by Knoxvillians, aimed to start a national park in the Great Smoky Mountains, which had previously been a combination of farmland and harvested forests. Among the leaders were Knoxvillians businessman David Chapman and state Rep. Annie Davis, in 1925 Knoxville’s first female elected official. The Great Smoky Mountains National Park opened to the public in 1930, though it was not formally dedicated until later.

Meanwhile, the Wilderness Society was founded in 1935. Its members were different from the conservationists in that they promoted nature for its own sake, not for how it can serve mankind. That way of thinking was just becoming known as environmentalism. Among the influential society’s eight founders was attorney Harvey Broome, a lifelong Knoxvillian (1902-1968). Several others happened to be Knoxvillians at the time, having moved here to work for the Tennessee Valley Authority. Among them were Bernard Frank, Bob Marshall, and Benton MacKaye, already famous as the founder of the Appalachian Trail. They often met in Knoxville to discuss national issues. Soon, Ernie Dickerman, a Midwesterner who lived in downtown Knoxville for many years was another prominent leader of the group, and worked with Broome toward the passage of the national Wilderness Act of 1964.

In 1937, Knoxville native James Agee wrote a feature story for Fortune magazine called “Smoke,” an alarming account of the effects of air pollution up to that time, suggesting the difficulty of controlling it.

UT alumnus Joseph Wood Krutch (1893- 1970) grew up on Cumberland Avenue. He began his writing career in New York as a journalist and biographer. However, with books like The Great Chain of Life (1956), he became known a pioneer ecologist. Some of his words are inscribed on marble markers in Krutch Park, a green space which was established by a bequest of his brother Charles Krutch.

Knoxville has been celebrating Earth Day every April 22 since 1970, when a group organized by University of Tennessee professors and students walked along Kingston Pike from Western Plaza to UT, about three miles. The “Walk-In” was intended to encourage people to use clean forms or transportation. Volunteers cleaned up parts of Third Creek, and Circle Park hosted a “Celebration of Life.” “Deadwood Trail” bus tours pointed out the city’s most polluted neighborhoods.

That evening, 200 attended a lecture by author Jane Jacobs at the University Center. Jacobs (1916-2006), who wrote The Death and Life of Great American Cities, is considered a founder of new urbanism. She’s credited with helping inspire the revival of downtowns in the years since then.

Like the Mercury? Interested in new research into Knoxville history? You can help sustain both with a gift to the Knoxville History Project, by helping us renew this educational page for another year. See knoxvillehistoryproject.org.