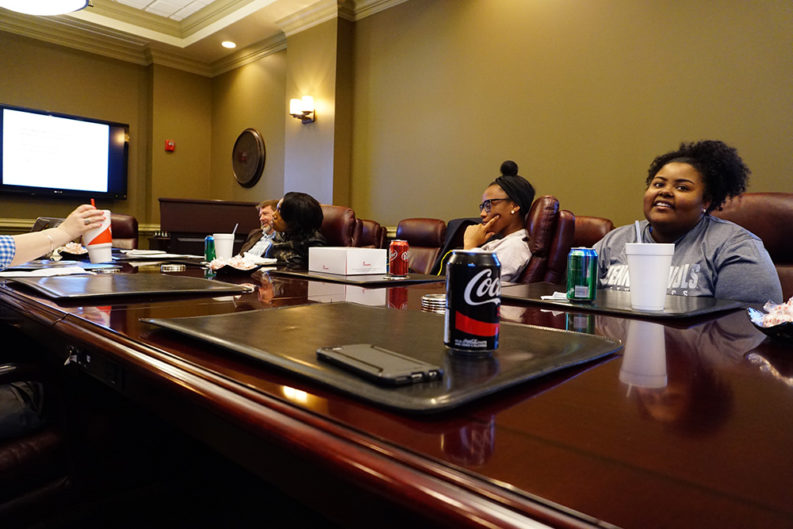 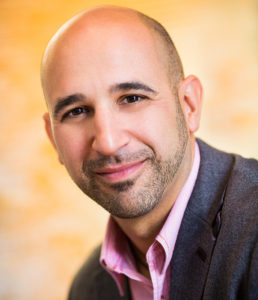 Paul and Alexa Sponcia are not only partners in life and as owners of Hard Knox Pizzeria, but they are also co-directors of supplemental education programs at Austin-East and Fulton high schools. In 2015, they launched the School of Hard Knox, which gives students firsthand knowledge of the restaurant business by bringing Knoxville chefs into the schools’ kitchens to teach. Then they jumped into an even larger endeavor: the Youth Entrepreneurs Program, or YEP.

The original idea was to engage juniors and seniors into a Shark Tank-like competition, where they would pitch their own business ideas for grants. That concept evolved into an educational program that lasts the entire school year, enlisting local business leaders and entrepreneurs to act as mentors and guide them through the process of creating a business.

YEP partnered with Project GRAD-Knoxville to develop the program and has earned grants from Launch Tennessee, the Great Schools Partnership, and AmeriCorps VISTA. On April 20, 5:30-7 p.m., at the Knoxville Entrepreneur Center (17 Market Square, #101), YEP will be conducting the final pitch session for this year’s class, with a panel of judges selecting the top three ideas from 10 students and awarding them grants to fund their start-ups.

Here, Paul Sponcia explains why he and Alexa saw a need for YEP at these schools.

How does YEP work?
We introduce the kids to the concept throughout the school year, recruiting for the next year. Then we have an application process where the students apply to be a part of the program. Once they’re accepted into the program, we begin the process in the fall with three big phases.

The first phase we call “helping them dream again,” which is a little bit of a market research project where we’re trying to spark the creative energy in them: “What is missing in your community? What opportunities exist in your community? And how could you fill those gaps?”

At the end of that process, the kids will present their ideas on what could be done to improve their community through business ventures—and it could be for-profit or nonprofit, either way. We migrate from that to about six weeks of taking whatever their idea is and moving it through a development process: What’s the competition? What’s the market? What is the problem you’re solving, and how are you solving it? What barriers to entry exist?

And then we spend the last 10 to 12 weeks really preparing them to stand up in front of a set of judges and have 3 minutes to pitch the idea and win. The winning first, second, and third prizes are $10,000, $5,000, and $2,500, so it’s a significant amount of money specifically because we believe that if we give them the right amount of money, and then usher them through a process where there are mentors and people who are walking alongside them, then they have a better opportunity of getting it off the ground and making it happen.

The culmination of that after the pitch will be a summer accelerator where they spend eight weeks actually launching the business—how do we do this thing?

What kinds of business ideas did the first class of students develop?
One of the criteria for the winners was that you have to start your business within 3 miles of Austin East or Fulton High School, and they have six years to use the money. So the first-place winner’s idea was a boutique that also sells her own creative designs, and when she pitched, she wore shoes that she’d made and a shirt that she had designed—and that was one of the key reasons why she won because they could see the end result of what she was wanting to do. Her plan this summer is to do some pop-ups around Knoxville for her boutique.

The second-place winner were these three kids from Fulton who are rappers, and their whole idea was they want to create a management company. Their heart was: A, There’s a lot of hip hop and R&B talent in Knoxville that maybe doesn’t get a lot of exposure, and B. They’ve seen a lot of hip hop and R&B talent that squander their resources and their money. So they want to change that. Their mentor is James Trimble, the [former] lead singer of the Dirty Guv’nahs, and James has been real instrumental in pushing them to get a website developed; they’re also going to a rap concert and do a backstage tour for how it works.

The third place winner was a junior who’s in the program now as a senior, and her story was she has a friend who is autistic and she felt like he didn’t have the opportunities to be as independent as he could be, even though he’s pretty high-functioning—there was always this stigma. Her heart was: How can I create a conduit to take kids in high school who have some disabilities and connect them with the resources that can give them independence? They may not know what those resources are because there’s so many of them and they don’t know where to go, so her heart is to be a nonprofit connector.

The pitch night was really neat to see—emotional. A lot of these kids have never really won anything like that, so it’s a big deal for them just to be acknowledged: “We’re choosing you. We believe in you.” A lot of wet eyes in the house that night.

Have you considered expanding the program to other schools?
We have, but our primary focus currently is how do we push it “down”—not go wide, but how do we go deep? From the beginning, our idea was we’d actually like to start the process in the sixth grade, so sixth, seventh, eighth, ninth, and tenth would be a building-block program just about entrepreneurial skills, business skills, leadership skills, relationship skills. Our first focus is the Project GRAD middle schools, so Gresham, Whittle Springs, Northwest, Vine. Once we create this sustainability at the high school level, how can we move it down to the middle schools so that by the time they get to their junior and senior years, they’re really well prepared? And that will really change the complexion of the way program works in the junior and senior year, too. Once we do that, then I think we’d be open to how we can expand it out to other schools.

Have there been any surprises for you in launching and running YEP?
I’m not sure if “surprise” is the right word for it, but I am completely blown away by the quality of the kids at Fulton and Austin East. I think there’s a historical tendency to overlook or even marginalize our kids at those two schools, or maybe perceive them mainly as athletes because the schools have reputations for great athletics. But I am really blown away by their ingenuity, their tenacity, their stories.

I mean, you listen to some of these kids’ stories, and they’re just really heartbreaking. So when I hear someone say, “Everybody has the same opportunities,” I just think: You have no idea what you’re talking about. If you sit and listen to these kids… they don’t know, sometimes, where mom and dad’s going to be… just tough situations. Almost all of these kids have a story of pain—not all of them, but a majority—that maybe we don’t really understand so we tend to be like, “Everybody has the same chance in 2017.” But it’s not true. It’s just not true.

I listen to some of these stories and I’m blown away—“I don’t even know how you did that.” How do you develop the drive inside of you to decide, “That’s not the right way. I’m going this way.”

• YEP brings in local business owners to Fulton and Austin-East high schools to mentor students.
• Students develop business start-up ideas over the course of the school year, with a focus on bettering their communities.
• The program culminates in a pitch competition, with three students being selected for grants to help start their businesses.

• Financial support to establish YEP’s sustainability is a priority.
• YEP is in need of a wide variety of mentors, specifically those with business leadership, start-up, and ownership experience.