Reveries on a Couple of Country-Music Fantasies - The Knoxville Mercury 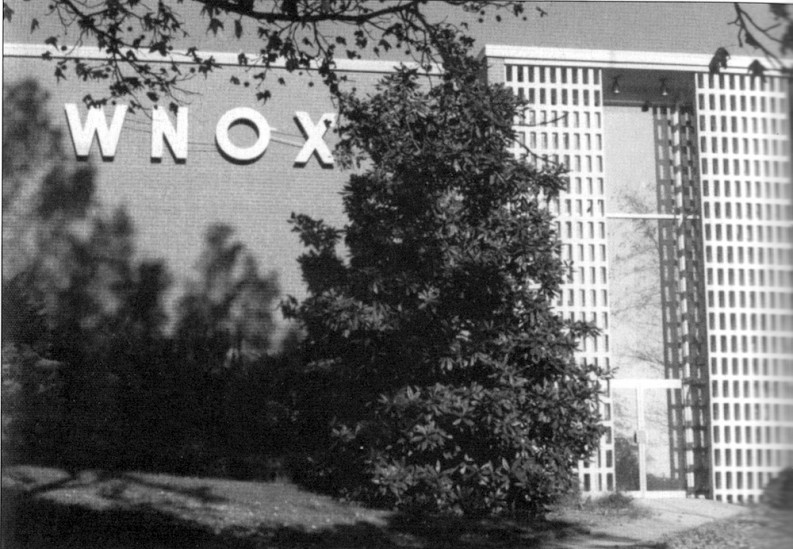 I’m obliged to submit a melancholy update. I’ve written a couple of articles about a rare and fascinating old building that nobody could figure out what to do with. The big WNOX auditorium, in the Whittle Springs area on the north side of town, was said to be state-of-the-art, futuristic, even, when it opened in 1955. But it ran into a thicket of disappointments in a rapidly changing society. It never got its anticipated TV station, and it never quite hit the heights expected of it as a magnetic performance venue, in terms of attracting audiences or sensations (give or take the two-night stand, that first year, by rock ‘n’ roll pioneers Bill Haley and the Comets). It witnessed the final days of the daily live radio show “Mid-Day Merry-Go-Round” and by the mid-1960s, the suburban auditorium was rarely full except for News-Sentinel spelling bees. A couple of passionate and well-intended attempts to revive the space as a performance venue in the ‘80s and ‘90s fizzled. It spent a couple of decades either hosting offbeat church services or dead empty.

After a mandated demolition delay this past winter, the building finally disappeared.

Nobody was very surprised, and though I know several preservationists and music, tech, and architectural aficionados who regret its loss, I haven’t heard from anybody who’s really angry. This time, we just didn’t have another idea.

Five miles north of downtown, the WNOX Auditorium was an outlier, both when it was built and when it was torn down. For 60 years, we never knew quite what to make of it.

At the McClung Collection this month I ran into Nashville journalist Craig Shelburne. He’s writing the first-ever full biography of singer-songwriter Don Gibson, who lived and worked in Knoxville in the 1950s. If you knew Gibson, let me know, and I can put you in touch.

Shelburne recently turned up something I didn’t know.

“Sweet Dreams” was a classic country crossover song recorded by Gibson, Faron Young, and later Emmylou Harris. It’s best known for the great Patsy Cline’s 1963 version, which peaked on the country and pop charts shortly after her death in a plane crash. Shelburne learned that Gibson, by his own account, wrote “Sweet Dreams” in 1955, backstage at that WNOX Auditorium, where he performed often that promising first year.

I doubt that bit of intelligence would have made a difference in the building’s fate.

Now it’s now just a couple of acres of unimproved land for sale. Maybe it was a sweet dream to think that we could have found another use for that unique place, which was unlike any other building in East Tennessee.

There’s fake news, and it has proven to be effective. There’s also fake history, and it seems to be pretty effective, too.

I got a note from reader Melanie Hutsell (the novelist, no relation to the comic actress, though they both have intimate ties to Maryville).

A few months ago she and her family encountered a puzzling display at an area Cracker Barrel. It was an authentic-looking poster hailing a concert by George Jones and his then-wife Tammy Wynette, with guests Mel Tillis, Donna Fargo, and Jerry Reed. According to the poster, that memorable concert was in Knoxville on Jan. 9, 1973. Everything about it looks right. Multiple-star shindig-style shows were still common then. On the poster, George and Tammy were labeled “Country’s Sweethearts,” and they were that. “Country Music / Dream Show,” it declares.

Again, accurate-sounding. All five of those performers were at the peak of their careers in 1973. The advertised ticket price, $10, is plausible. Even though that was fairly steep for those days, this was a Dream Show, after all.

The venue listed is Bergstrom Hall. Where was Bergstrom Hall, Hutsell wondered. As did I. Maybe, I thought, it was a short-lived speakeasy on Asheville Highway. Several large private clubs out there that thrived just under the liquor-control radar, and George Jones is known to have shown up now and then. But it would have to have been a very big one, to bring all those stars together with tickets $10 each. And most of those clubs wouldn’t have had much use for poster advertising.

I wasn’t ready to give up on the idea that maybe Bergstrom Hall was a short-lived venue in Knoxville. But there’s no reference to a Jan. 9 show in the Knoxville papers.

Here’s the odd thing, as Tennessee Archive of Moving Image and Sound’s chief operative, Eric Dawson, noted: George Jones and Tammy Wynette really did perform in Knoxville that winter. It was at the Civic Coliseum, on Dec. 30, 1972, just 10 days before that collectible poster’s heralded date. But it was a whole different show, no Mel, no Jerry, no Donna. Country’s Sweethearts were traveling with well-known singer-songwriter Bobby Bare, famous for “Detroit City”—along with three minor stars, Wayne “Honky Tonk Wine” Kemp, O.B. McClinton (billing himself as “the Chocolate Cowboy,” he was one of the few blacks in the country-music business), and Anthony Armstrong Jones, who sang country versions of pop songs.

The vintage posters for the alleged $10 show at Bergstrom Hall are being sold on Amazon and other outlets for $17, including shipping.

And why would you make up a venue?

I don’t know, but maybe, rather than dummying up a counterfeit poster for a real show, it seems less odious to just make up a show and an unknown venue. A fantasy can’t sue you. And make-believe requires less research.