Rambling Troubadour Paul Lee Kupfer Finds a Home in Knoxville—Part of the Time, at Least - The Knoxville Mercury 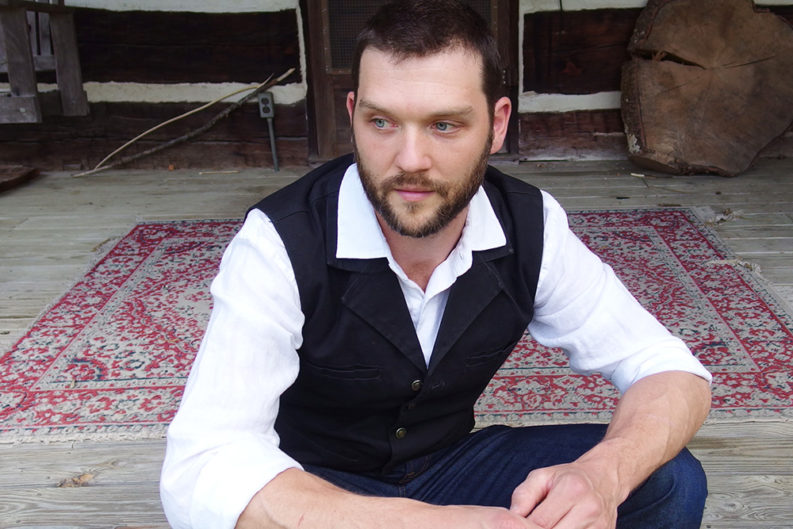 Knoxville singer-songwriter Paul Lee Kupfer takes the mythology of the American folk singer seriously. Since the first time he heard Delta blues records on college radio in his home town of Philadelphia, he’s embraced the romantic idea of the rambling troubadour, wandering from place to place with just a guitar and a batch of songs.

“I heard some old Blind Blake and Big Bill Broonzy recordings one night and was fascinated by the sound that one guy and his guitar could make,” Kupfer says. “I’ve always been a restless person, but I also fell in love with the idea of being a traveling musician, meeting new people, finding new places, learning new songs. The idea of a singer and his guitar getting to travel around and play for different folks in different places really took a hold of me. I just related to the sound and the idea and said to myself, that’s me, that’s what I want to do.”

Kupfer’s nomadic post-Philadelphia period took him all over the country.

“After I left Philly, I lived out of my car for some time and ended up in Nevada City, Calif.,” he says. “I lived in a cabin with no electricity outside of Nevada City for almost two years, formed a band out there, and we played around Northern California.”

Kupfer had made two important connections during his wandering: folk singer Ian Thomas and Matt Morelock, the banjo enthusiast and former owner of Morelock Music, who now lives in Hawaii. Around 2013, Kupfer settled down in Knoxville.

“Knoxville was just kind of next on the list,” he says. “I was lucky to have some friends in town that welcomed me.”

“Settled” just means a permanent mailing address, though. Kupfer spends big chunks of the year on the road, playing clubs and bars around the Southeast and out west and as many spots along the way as he can book. Sometimes he plays solo; he also travels with Thomas and their friend Danny Freund as the Bus Driver Tour.

“We are all independent songwriters and we have all been out on the road playing solo for a long time,” Kupfer says. “Ian and I used to do a thing where we would switch between drums and guitar to back each other up. We could play more clubs as a duo than as a solo performers. That idea just expanded to the Bus Driver Tour. We switch between bass, drums, and guitar and act as each others’ backing band. It’s a light way to travel and it is really fun switching instruments and playing different kinds of music during the same show.”

Kupfer’s planning to spend most of the summer in Montana—he’s booked shows in Bozeman, Butte, and several other cities during June, July, and August. Before he leaves, he’s got a handful of local shows scheduled. On Thursday, April 20, he’s playing the WDVX Six O’Clock Swerve at Barley’s Taproom and Pizzeria from 6 to 7 p.m., followed by a full set on the same stage at 10 p.m. (Admission to both shows is free.) He’ll play Boyd’s Jig and Reel on Friday, May 12, at 10 p.m. (That one’s free, too.)

For all his restlessness, though, Kupfer has found some stability in Knoxville that might be hard to give up. He released Where the Wind Goes, his second solo album, in late 2016. It’s a major step up from his 2012 debut, The Old Dirt Road, which was basically a home-recorded demo. The plan is to follow Where the Wind Goes with another new album in a year or two.

“Where the Wind Goes was recorded in a day and a half at Wild Chorus Studio, with Scott Minor and Carey Balch,” Kupfer says. “It was mostly live, analog to tape. We wanted it to sound like a band playing in a room, not too overproduced, but not as lo-fi as The Old Dirt Road. The process of releasing Where the Wind Goes has been a step forward for me as far as the quality of the musicians on the record—Jamie Cook, Robert Richards, Evie Andrus, Josh Oliver—and the recording process. I really like what we got.”

Paul Lee Kupfer plays at Barley’s Taproom and Pizzeria (200 E. Jackson Ave.) twice on Thursday, April 20: at 6 p.m. as part of the WDVX Six O’Clock Swerve series and a full set at 10 p.m.