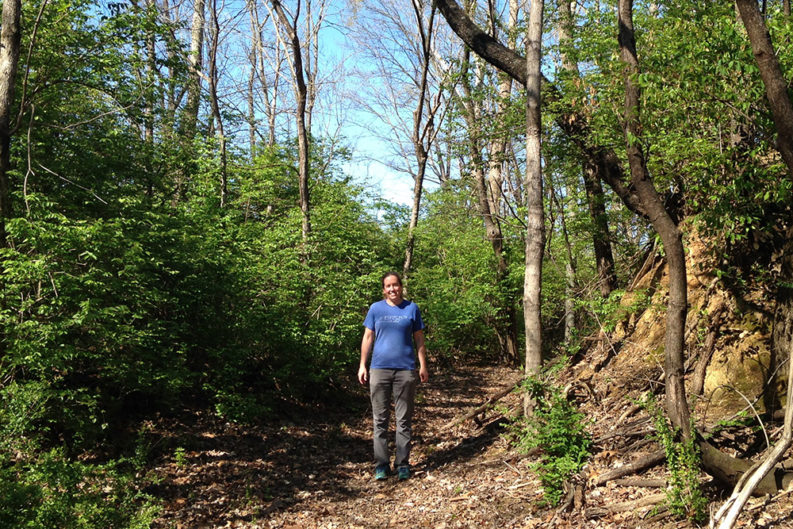 In 2014 Greta Schmoyer bought a small dilapidated house in Parkridge, the last home built by famed architect George Barber—and the place he was living in when he died. I wrote about her meticulous historic restoration in our May 2016 issue of Abode. During the interview, Schmoyer showed me another project of hers that I found nearly more interesting. Also in 2014, she had bought three lots totaling 2 acres of wild land across the alley from the Barber house and embarked upon a separate native habitat restoration effort she calls Brickkilns Garden.

Brickkilns is a hilly strip of mature forest and sunny meadows backing up to the soundwall of Interstate 40. The land has man-made furrows, mounds, clay ledges, and many bricks buried in the ground and strewn about on the surface.

The Cherokee Shale Brick Company, a large brickworks most active in the 1930s, was once located down the hill on Mitchell Street. Schmoyer thinks the brick company harvested clay from the ridge and used it as a dumping ground for broken and flawed bricks. During her research, she found a vintage letterhead with a small engraving of the brickworks. In the background a 1920s-era excavator can be seen digging at a ridge, which she believes is the current site of Brickkilns Garden. 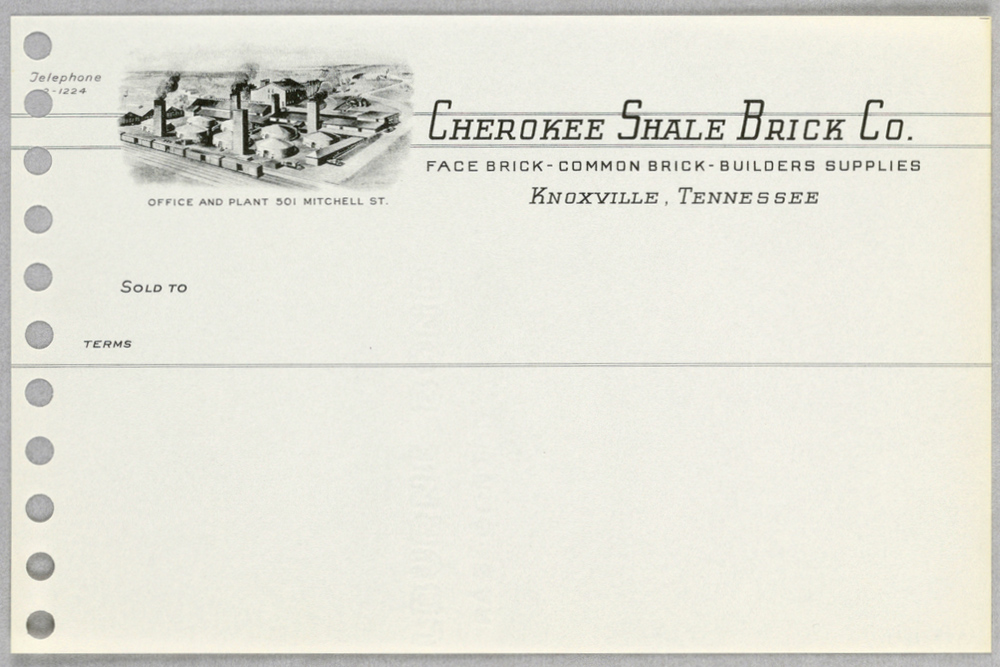 “I thought the property had a whole lot of potential,” says Schmoyer. “It was filled up with trash and overgrown with vines and invasive species. But having a nice-size pocket in the city with other contiguous pieces of land could create corridors for wildlife.”

Schmoyer, a veterinarian with a master’s degree in public health, has seen groundhogs, rabbits, a variety of birds, nonvenomous snakes, salamanders, a box turtle, and a coyote on the property.

One of Schmoyer’s favorite areas is a small valley with a trail running between man-made mounds, a pocket of cooler, wetter habitat she calls “the holloway,” where she has planted ferns and doghobble in an effort to control erosion. If not for the constant roar of interstate traffic, you would think you were deep in the woods.

“Green space gives so many benefits that we can’t begin to understand or measure,” she says, “Having a space nearby that isn’t covered in concrete has a cooling effect. Green restoration projects help prevent erosion.”

Every conservationist I’ve met rises to the endless war against invasives with a rueful glee, as does Schmoyer, who enjoys digging in the dirt and being outside.

“In the woods, probably 97 percent of the understory vegetation was privet and bush honey suckle. In the sunny part it was almost entirely wisteria. It was nearly impenetrable all the way to the road. The very first thing I did was go through and give everything a haircut.”

“The wisteria battle is never going to be over,” she says. “At this point, I haven’t resorted to herbicides. It seems to be a matter of cutting it down and keeping it mowed back enough so other plants can out-compete it.”

She’s planted over 25 different species of native trees and shrubs, including paw paw, buckeye, and river birch. One elderly neighbor became interested in her paw paw trees and asked his older sisters about them, who remembered the native fruit, once an important part of the Appalachian diet.

Schmoyer knows native wild areas can be controversial in the city, but has received only support from residents.

“If you took an empty lot and just let it grow up, codes is going to be after you and your whole project will get defeated,” says Schmoyer, citing Planting in a Post-Wild World by Claudia West and Thomas Rainer as a guidebook for how to design inoffensive sustainable landscapes.

“If you can create something about the way you’re planting so it’s obvious to passersby that it’s maintained—clearly define borders and things that people innately read as, ‘Somebody is taking care of this property.’—then that can allow the whole thing to read in a more desirable light,” she says. “Outside stakeholders will then buy in and like the project instead of opposing it.”

To that end, Schmoyer mows parts of the property, built a curb of scavenged brick along the edge of the alley, and planted a berry patch and fruit orchard in the most visible area.

In the past, the dead-end alley attracted illegal dumping and criminal activity. Schmoyer says after she cut back the wisteria and hauled the bulky trash to the city dump, illegal dumping slowed down and drug paraphernalia stopped appearing on the ground.

“If I see somebody back here now, it is almost always little kids from the neighborhood rather than somebody doing drugs or dumping trash,” Schmoyer says. 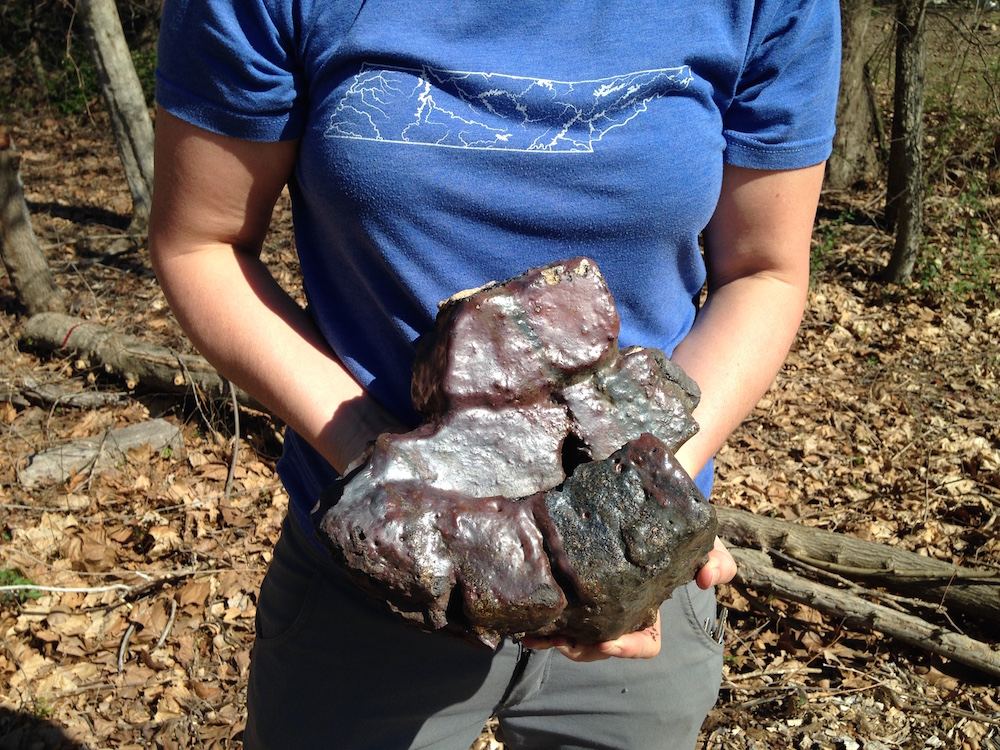 Greta Schmoyer holds a remnant of the Cherokee Shale Brick Company in Parkridge.

Featured Photo: Greta Schmoyer at her Brickkilns Garden, a native restoration project on the site of property used in the past by now-defunct Cherokee Shale Brick Company. Photo by Eleanor Scott.