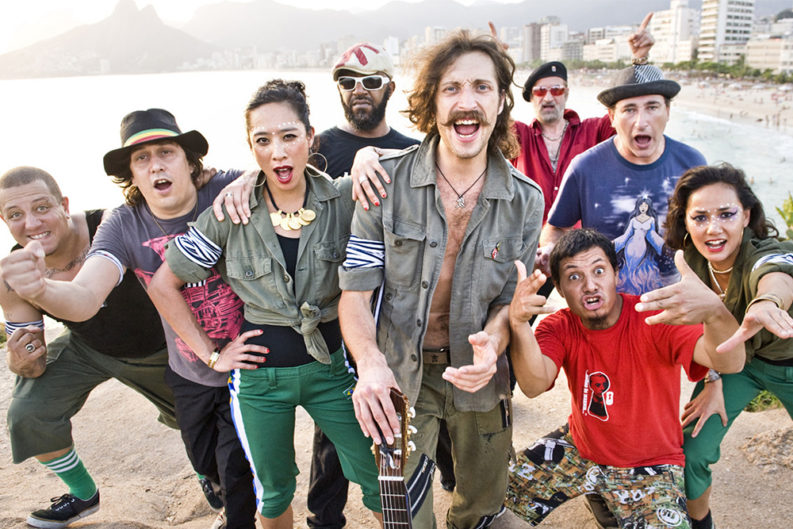 More than 40 bands and solo artists will play this weekend at Rhythm N’ Blooms. In this week’s cover story, we discuss the festival with some of the local performers who will be there. Here, we’ve got introductions to some of the headlining artists. 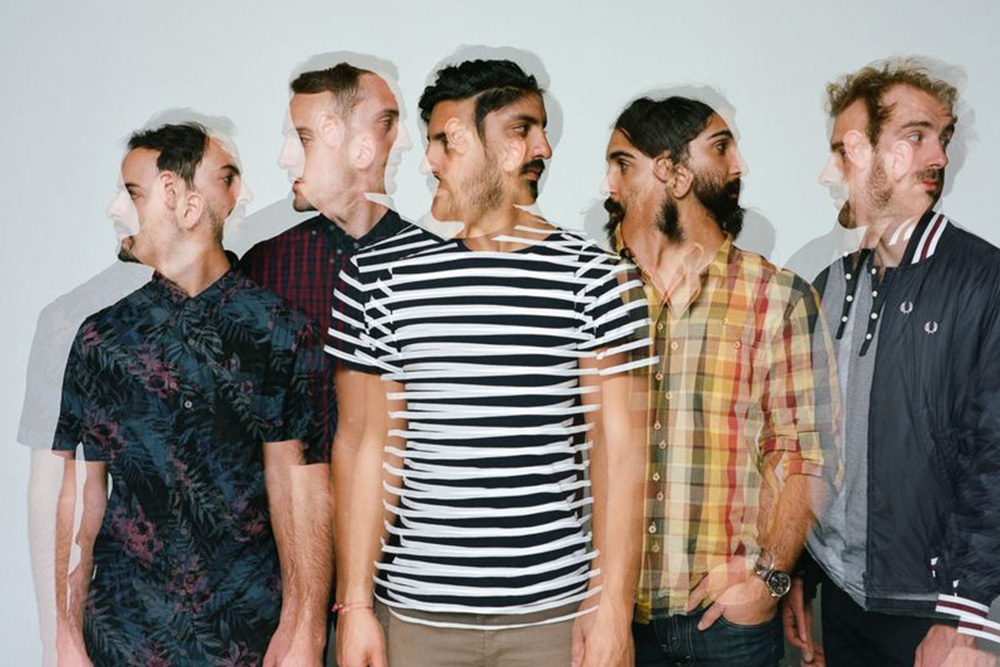 In 2011, you couldn’t go anywhere without hearing Young the Giant’s crossover hit “My Body.” From the grocery store to MTV to a Michelob Ultra commercial, the super-charged anthem was inescapable. But while most folks were introduced to the California indie rockers through the pop-rock earworm, the five-piece band had been cranking out college radio favorites since forming as the Jakes in 2004.

After their 2007 EP, Shake My Hand, and a series of lineup changes, the Jakes changed their name in 2010. Touring slots with fellow indie favorites Minus the Bear and Neon Trees followed, and the group, led by charismatic vocalist Sameer Gadhia, released their self-titled debut album a few months later on Roadrunner Records.

With its slick production and slew of radio-ready songs, Young the Giant earned the band a fast following. Tracks like the groovy, tambourine-tinged “Apartment” showcase the band’s knack for big choruses and building percussion; “On my way to your apartment/I write for fear of silence/You carved a boat to sell my shadow/Now I walk alone,” Gadhia exclaims over a wall of walloping guitars.

Over the years, Young the Giant has polished its gritty sound, opting for tight production and perfectly timed crescendos over loose jams. While their execution has earned them comparisons to fellow big-studio acts like Kings of Leon and even Coldplay, the band’s latest album, 2016’s Home of the Strange, takes on subject matter with a little more bite than the band’s indie rock peers.

Packed with glitzy synths and electronic hiccups, Home of the Strange could be mistaken as simply another step in the same direction, pushing toward the danceable  sound that dominates today’s modern rock. But listen closely and you’ll find Young the Giant exploring their multicultural heritage—members boast European, Middle Eastern, and French-Canadian backgrounds—and privilege and empty promises on the Kafka-inspired “Amerika”: “Say you care, but you don’t/You know I hate it/It’s a rich kid game/Didn’t grow up with a throne/It’s all it really is.” The new depth highlights a previously unexposed layer in the group’s arena-ready sound. (Carey Hodges)

Young the Giant plays on the Cripple Creek Stage on Sunday, April 9, from 8-10 p.m. 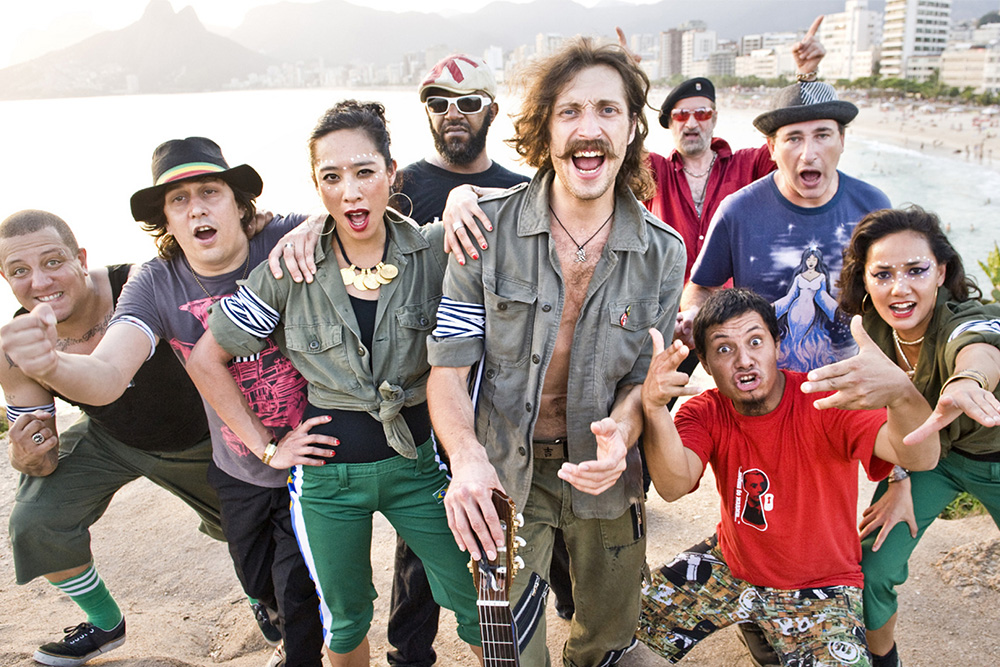 Gogol Bordello frontman Eugene Hütz spent much of his adolescence and early adulthood on the run. He and his family left their hometown in Ukraine after the Chernobyl disaster in 1986; after the fall of the Soviet Union, Hütz spent three years in European refugee camps before finally landing in the United States in 1992. A few years later, he found a permanent home—and his bandmates—among New York’s Lower East Side bohemian immigrant communities.

Over the course of eight albums, from the 1999 debut Voi-La Intruder to Pure Vida Conspiracy, in 2013, Hütz and Gogol Bordello have crafted a mythology of Dionysian pan-cultural punk rock informed by European folk and dance music, the Velvet Underground, the Ramones, musical theater, and jazz. Songs like “American Wedding” contrast the in-the-moment joys of traditional cultures—booze, friendship, and sex—against middle American conservatism. It’s a party that can’t be separated from its political content.

The band’s political significance stands out even more starkly in the midst of a global refugee crisis and an American political system embroiled in Cold War-style cloak-and-dagger intrigue and xenophobic anti-immigrant sentiment. Still, Hütz and company offer the same advice in 2017 that they did in a more hopeful era: a few drinks, some loud music, and friends. It might not be a permanent solution, but it’s one that will always work. (Matthew Everett)

Gogol Bordello plays on the Cripple Creek Stage on Saturday, April 8, from 8-10 p.m. 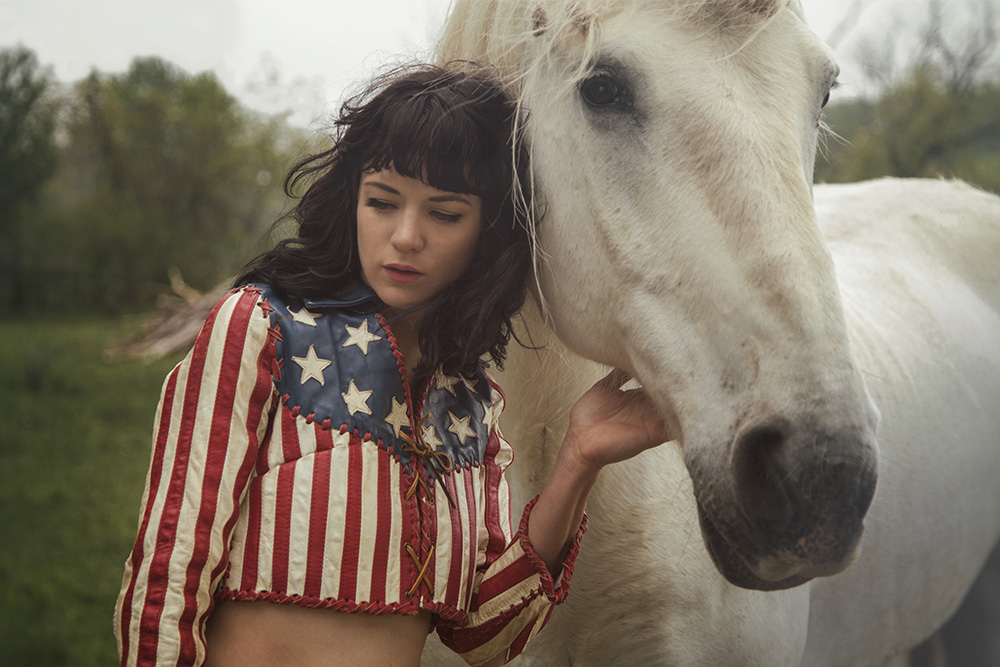 Raucous, earnest, and always fierce, Nikki Lane is full of fire when belting out her defiant take on country rock. Born in Greenville, S.C., the singer-songwriter took up residence in both New York City and Los Angeles before putting down roots in East Nashville. There, she opened up a popular vintage pop-up shop, High Class Hillbilly, where she bumped into Black Keys guitarist Dan Auerbach. After a series of off-chance meetings, Auerbach would eventually produce Lane’s 2014 breakout album, All or Nothin’.

More fuzzy distortion than traditional twang, All or Nothin’ standout tracks “Love’s on Fire” and “Wild One” earned Lane a reputation as a purveyor of outlaw country. Since then, she’s shared the stage with everyone from Willie Nelson to Spiritualized. But the singer has since traded her indie edge for rootsy swagger, lining the 2017 follow-up Highway Queen with stripped-down guitar, pedal steel, and honky-tonk keyboards. The lead single, “700,000 Rednecks,” find Lane boasting, “Seven hundred thousand rednecks/That’s what it takes to get to the top/Seven hundred thousand rednecks/No, there ain’t no one gonna make me stop.”

On Highway Queen, Lane doubles down on her cowgirl image, touching on everything from Vegas slots to heartbreak. She’s said in interviews that several of the album’s saloon-ready songs are autobiographical. Throughout, Lane dishes out details of her life with in-your-face honesty and total confidence. The frankness is infectious, transforming Lane from an exaggerated character to an experienced storyteller.

Lane says she hopes to push past being pegged as country, outlaw country, and everything in between. It should be easy. A female force, she promises to continue building her own identity through searing vocals and raw narratives. (Carey Hodges)